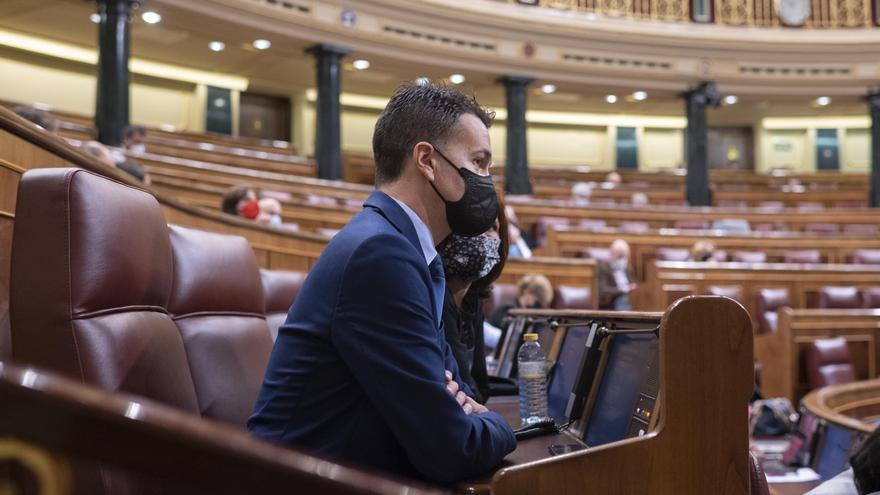 The two situations, however, have been stuck in a similar reality. Both the governing body of the judges and the parliamentary body that collects the confidential information of the State They will reshape their structures as soon as the socialists and the popular agree, but there is no way. Socialists and popular will try this month, as indicated Parliamentary sources consulted by El Periódico de España. The last time that the also known as the secrets commission met was on March 3, 2019, that is, it has not met either in the current legislature, or in the previous one, which barely lasted a few months.

The Constitution gave us rights and freedoms, harmony and coexistence; EU membership brought us. Today, we must vindicate those who made it possible. We have to take care of the Magna Carta and fulfill each and every one of its articles.#Day of the constitution pic.twitter.com/2OVZD4jxIm

Among the nuances that impede understanding, one stands out. The Commission, which is colloquially known as commission of CNI (National Intelligence Center), must be made up of a representative from all parliamentary groups, as stated in the regulation approved in 2004. In the current legislature there are 10. ERC is one of them; EH Bildu another; and Vox. In these acronyms is the problem.

The consulted parliamentary sources emphasize that the PP opposes for Catalan and Basque independence supporters to accede to a commission that analyzes highly sensitive matters, as they concern State security. They point out that Left handed It is a training run by charges convicted of sedition. They emphasize that national training maintains obvious links with the ETA environment. Both facts are serious enough, argue these sources, as to allow both presences in the Reserved Expenses Commission.

It is very serious that the Government has pardoned those convicted of violating the constitutional order.

To homologate the political arm of ETA as a partner of the Government.

And review the Transition on which the embrace of our grandparents for harmony and reconciliation was based. pic.twitter.com/niWpscrRjF

Socialist sources, for their part, acknowledge that they have accepted that all groups are present, including Vox, which was not always the case. The socialist group hopes that, in return, the PP will also yield.

As long as there is no solution, the blockage will persist. It would be serious for Congress to be an entire legislature without being able to control the use of reserved expenses or analyzing the information handled by the National Intelligence Center, especially when a 1995 Law requires it.

Aware of the anomaly, the leaderships of the two groups have spoken on numerous occasions about the suitability of establishing the Commission. In fact, according to these sources, this apparently secondary renovation se has been integrated into the clearly priority renewal pack, that of the CGPJ. The socialist interlocutors of The newspaper of Spain They trust that there will be progress next week.

As with the renewal of the governing body of the judges, the creation of the Reserved Expenses Commission needs the approval of three fifths of the House, that is, 210 deputies. In current parliamentary arithmetic, this sum requires the Union of PSOE (120 deputies) and PP (88). They are in it.

A review of the matters dealt with by the Commission gives an idea of ​​their uniqueness, as well as their relevance. It is the parliamentary structure before which the director of the National Intelligence Center appears. Likewise, the ministers of the Interior, Defense and Foreign Affairs are obliged to attend to explain how the reserved funds are used. This item represents almost 28 million euros of the budget project for next year. 28 million that Congress, while it does not constitute the Commission, will not be able to control.

🏛️Celebrate the #Constitution It is to celebrate the conscience of community and the commitment of all in the joint progress and solidarity with our fellow citizens.

Today, #Day of the constitution, is first of all a day of recognition of work and contribution to the common good of all. pic.twitter.com/pderAK7V0c

Several examples: if Spain participates in a military mission abroad in which it has to manage strategic information, the Government must provide the appropriate clarifications in said Commission; If the CNI is embarking on an operation that concerns the security of the State, its person in charge will have to speak about it here. Police programs that cannot be made public, military developments that need secrecy for their culmination, follow-ups of cases such as Corinna Larssen and the King Juan Carlos … In fact, in the 2016-2019 legislature there was already talk about it.

Also Read  Roto Ibiza: the island's 'place to be' where you can "dance sitting down" and pay with cryptocurrencies

Furthermore, if it were currently formed, it is likely that some group would have already requested explanations about the alleged links between the National Intelligence Center and former commissioner José Manuel Villarejo.

As the subjects it covers are sensitive, so is its regulation. Meetings are always behind closed doors, what is spoken inside cannot be disclosed or broadcast and the deputies who form it are only allowed to take notes. Nothing more.

As well, this commission is going to serve three years without meeting. Gravity unfolds. In addition to the political message that transcends, again that of the impossibility of an agreement in a harsh and rarefied climate, there is the breach of Law 11/1995, regulating the use and control of credits destined for reserved expenses.

The objectives of the standard are obvious as soon as you start reading the explanatory memorandum: define the concept and legal regime of such funds within the State administration and establish a channel of direct parliamentary control.

Thus, “the ministers who have reserved expenses at their disposal”, which are usually those of the Interior, Defense and Foreign Affairs, will be obliged to appear periodically before it. Fernando Grande-Marlaska, who has been a minister since the triumph of the motion of censure in June 2018, and Margarita Robles, to whom the same thing happens, have been without giving the appropriate explanations for almost three years.

In case it has not yet been clear what a reserved expense is, the law itself indicates that are those destined to pay for “the defense and security of the State”Therefore, given their nature, scope and scope, “they are characterized with respect to other public expenditures by the prohibition of advertising and by being equipped with a special justification and control system”.

These normative scraps trace the contour in which the political interests of the parliamentary groups collide.

The role of the Presidency of Congress

The problem is more or less quiet, but occasionally it hovers over the Presidency of Congress and its governing body.

Sources of the Bureau of the Chamber specify that the anomaly has been discussed in some sessions, although it has been several weeks since the president, Meritxell Batet, has not promoted the debate or recalls the deficiency that this rupture of the connection with the CNI represents for Parliament. Among the main functions of his position, if not the main one, is the safeguarding of the regulations and the norms that develop them. And by extension, of the laws.

🎥[ENTREVISTA] @martavilaltat a @europapress on the negotiating table🗣️: “We can’t give up any space. Beyond what we can achieve at the table, being there is also a gain of credibility and legitimacy to add support🤝 to independence” pic.twitter.com/70uIcqLxiQ

One option to consider is the modification of the Presidency resolution that regulates the operation of the Reserved Expenses Commission, of 17 years ago. The sources of the Table consulted discard it, since it would mean naturalizing an anomaly.

Said resolution was the one that materialized the instructions of the 1995 Law. With a delay of nine years, the president of Congress at that time, the socialist Manuel Marín, submitted to the approval of the Table and the Board of Spokespersons a regulation that gave room to all parliamentary groups. The list, of one deputy for each of these groups, must be approved by the plenary session by a three-fifths majority, that is, 210 lordships. This, in the current parliamentary arithmetic, needs the PSOE and the PP, hence the importance of the agreement being, in the first place, between both parties.

When the resolution went forward in 2004, there were eight groups, ERC among them. It was able to form. The Catalans, since then, have been regulars of the Commission. During the 2016-2019 legislature, its spokesperson, Joan Tardà, was the highest denouncing the delay in the creation of said body, which finally saw the light. It did not meet too much because the legislature terminated early by convening Pedro Sánchez elections.

In the current legislature, there are ten groups. More than the number, the type of groups influences. As long as these reluctance prevail, the Commission will be mission impossible.