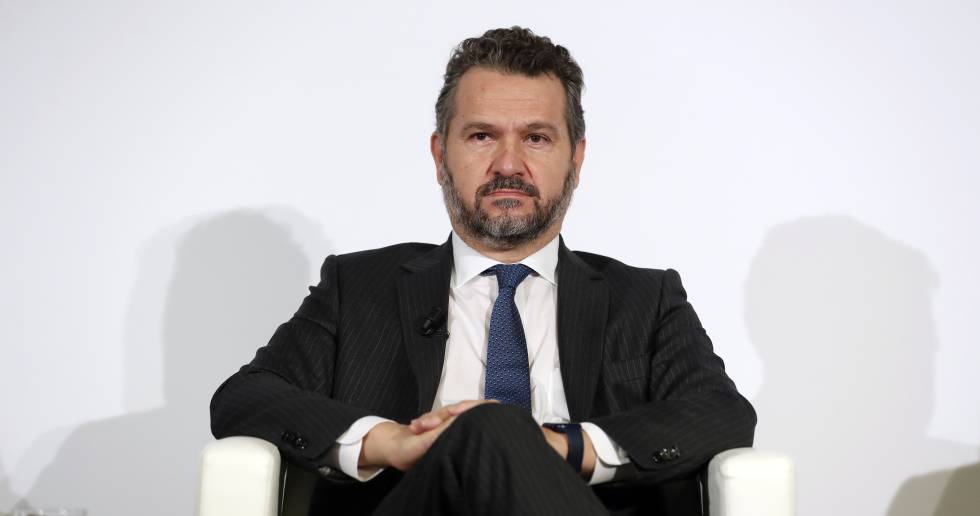 The European drain for the least serious financial intermediaries is Cyprus. The supervisor of the markets of that country grants the licenses, and these brokers are dedicated to going around the rest of the EU with aggressive practices. The CNMV is putting more than 200 intermediaries with a Cypriot card on the ropes, and, since June, seven of them have ended their operations after the investigations of the Spanish supervisor. The last to suspend customer acquisition was Magnum FX.

At the end of last September, the president of the supervisor warned in an appearance that he will not give a truce to intermediaries who are not absolutely scrupulous in complying with the regulations. And the CNMV has got down to work.

Rodrigo Buenaventura warned that “in a scenario like the current one, with low interest rates, high savings, the constant search for profitability in new products and technological developments and platforms that facilitate and bring non-professional investors access to financial markets, it is the ideal breeding ground for unscrupulous investment offers ”.

This matter dates from 2017. The president of the CNMV, at that time Sebastián Albella, informed the Cypriot equivalent of the Spanish supervisor, the Cysec (Cyprus Securities and Exchange Commision), that their intermediaries were too intrepid when it came to deploying techniques to attract customers. The country supervisor allegedly took action. But with little success.

The CNMV returned to the charge last year, when it left black on white in several documents that targeted financial intermediaries that operate in free provision of services.

The number of such brokers exceeded 3,000 at the end of last year, with a British majority (2,192). The latter, unless they have registered in another country of the Club, have lost their safe conduct to operate in Spain. But the headache, first for Albella and now for Buenaventura, was not in these firms, but in the Cypriots, with 215 in total, which, in a majority, carry out practices that are on the edge of the law or that, directly, they operate outside of it.

The problem is that the control power of those firms that operate with a passport lies with the supervisor of origin. The Spanish watchdog has to go to the regulator of the country in which the entity is registered and explain the situation so that it can make the final decision.

The situation is very different from the 94 firms – companies and brokerage agencies and also portfolio managers – under the direct control of the CNMV that are registered in Spain. Its powers of surveillance, and of eventual prohibition of its operations on these, and also on the 142 financial advisory companies (EAF), are absolute.

Since the raid started, about six months ago, a total of seven firms have stopped operating thanks to the inquiries of the supervisor chaired by Rodrigo Buenaventura. They are iTrade, Forex TB, Indication Investment, Depaho, OBR Investment, Neo Premium Investment and the last one, the aforementioned Magnum FX from last day 19. An added problem is that these entities tend to operate under different names than those they have registered in a official.

Also Read  Catalá: «Press the button to advance the elections and go home»

The CNMV has found that a good part of these firms encourage retail clients to request treatment as professionals, since they are not subject to the restrictions in CFDs. Others encourage the transfer of operations to subsidiaries in third countries outside the Union with fewer restrictions on the marketing of these products.

The third issue that the CNMV has monitored is the “performance by unauthorized persons of marketing activities and provision of investment services”. As the so-called social trading, which consists of the copy by clients of the operations carried out by a inversor-master. It also denounces the so-called “associate or affiliate programs”, which would provide third parties with payments for the clients captured. This could have collateral effects, such as introducing people into the process without the carte blanche of the Spanish vigilante.

The CNMV has already informed the home supervisors (Cysec, mainly) that all these are activities not permitted by Spanish regulations. And, in his latest statement on the matter, he assured that “he does not rule out the adoption of additional measures” in the event of “situations detrimental to the interests of investors in Spain or for the proper functioning of the markets.”

There have already been cases in the EU in which the host supervisor has prohibited the operation of brokers in free provision of services. At least two European supervisory authorities have published measures taken against entities in a free provision regime that have consisted of the prohibition of carrying out operations.