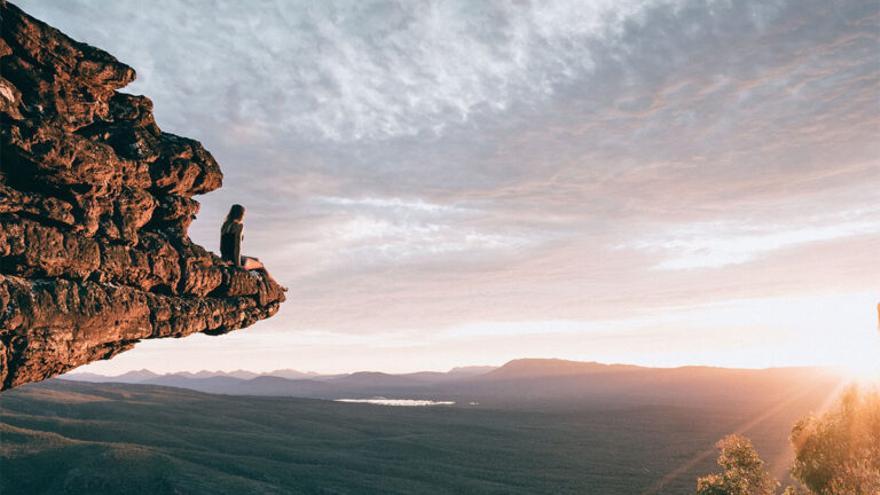 A new report warns that our civilization is doomed to collapse because we do not have enough natural resources to continue with the model of civilization that supports the existence of the human species on Earth.

When it was published in 1972 The limits of growth, a study conducted by the Massachusetts Institute of Technology (MIT) at the behest of the Club of Rome, few took seriously its warnings that planet Earth was finite and that we could not think of endless exploitation of its resources.

A year later the first oil crisis broke out: the OPEC countries decided not to supply more hydrocarbon to the nations that would have supported Israel in the 1973 Arab-Israeli war.

Although that war led to the Camp David peace accords in 1978, the global impact of those episodes revealed that oil was not an easy resource and what would happen if at some point it became scarce.

The outcome of that conflict precipitated an escalation in oil prices and led to a global recession in 1974 that ended the thirty glorious years after the Second World War.

The 1973 crisis was also behind the 1982 and 1991 recessions and its effects persist to this day because oil continues to be the backbone of the global system and also because there is great uncertainty about its future.

Related Topic: Earth is in a terminal state

Aftermath of limits The “Limits to Growth” report has also had its aftermath because many of its calculations remain valid almost 50 years after its publication.

The original report stated clearly that, if the increase in world population, industrialization, pollution, food production and the exploitation of natural resources remained unchanged, our planet would reach the absolute limits of growth. in less than a century.

The report has had three subsequent updates (1992, 2004 and 2012) that ratified the first conclusions and added some even more worrying elements: in the 90s we were already living beyond our means; in 2004 we verified that the global model is unsustainable; and in 2012 the ecological footprint that forces us to an inescapable transition appears in the apocalyptic equation.

More complex equation Almost a decade after the last update of “Limits to Growth”, a new report to the Club of Rome completes the worst-case scenario we are designing for the species.

The new update conclusively concludes that the increasing costs of mineral extraction due to pollution, waste and the depletion of low-cost sources, will cause the collapse of the industrial civilization in which we live: predictably it will happen in the 40s of this century.

Comparing the 1972 analyzes with new empirical data, the report concludes that we do not have sufficient resources to sustain the demand for minerals that our way of life requires: in a decade the global economic machine that sustains our prosperity will begin to stop due to lack of resources.

He warns, however, that this collision could be avoided with technological advances and increased public investment, adding that we only have a decade to change things.

The hope of the author of this update, Gaya Herrington, Head of Sustainability and Dynamic Systems Analysis at KPMG in the United States, explained to Vice magazine, it is based on the “rapid rise” in environmental, social and governance priorities that are taking place around the world, which in his opinion indicates a change of thinking in governments and companies.

The equation of life

The equation of life But the Club of Rome is no longer the only one to raise the alarm. It could even be said that his reflection is still too economistic, which is largely missing the other key element of the apocalypse equation: the climate emergency.

In fact, the environmental issue is analyzed in the last report only from the point of view of pollution and its impact on the socioeconomic system.

In this sense, the report seems frozen in time in the planetary situation of the seventies of the last century, without adequately assessing the profound change that has taken place on the global scene due to the climate emergency, which has changed the entire equation of the apocalypse. , as the Club of Rome itself recognizes in its Planetary Emergency Plan (2019).

Faced with this situation, other groups of scientists come warning since 1992 with much more vehemence in different manifestos, that the biggest problem we face is not that of the shortage of critical resources (which perhaps can be straightened out), but the threat that human intervention represents to life on the planet, the model of civilization we have chosen, a much more difficult challenge to solve.

For the scientific community, the economy has degenerated into an ideology: it is the one behind the foreseeable collapse of life that will cause global warming, caused by the accumulation of levels of CO2 in the atmosphere, unprecedented in human history.

The threat of CO2

The last time there was so much CO2 in the atmosphere, 251 million years ago, life was about to disappear on our planet, they point out Spanish scientists Eduardo Costas and Victorial López Rodas.

They add that each year we release more CO2 than the previous one and that we are very little aware of the extraordinary gravity of the problem. The worst effects are already inevitable and politics is still implanted in aesthetics, they sentence. They assume that it is easier for society to imagine the end of the world than the end of the economic model.

Scientists have mobilized around the world to sensitize society to the real problem we are facing today and are actively participating in social activities, spreading strategic knowledge and supporting citizen movements, such as Extinction Rebellion, to stop the race to the bottom. .

The Club of Rome, which I know quite well for having collaborated with this group of scientists for a long time, and for having interviewed several of its presidents such as Aurelio Peccei, Alexander King or the Spaniard Ricardo Díaz Hochleitner, continues to make brilliant and accurate reports. . But it is clear that it is not enough.

Prepare for the future, not anticipate it

I am also struck by the effort to claim that the 1972 report was right and that the calculations were correct, contrary to what some experts considered erroneous.

I think it is a great mistake to attribute premonitory purposes to prospective exercises, something that completely escapes the scientific disciplines.

The only thing that is intended with the design of scenarios is to imagine possible futures to choose the most convenient and work to achieve it. But it is clear that even in this respect the report has not been understood The limits of growth and its successive updates.