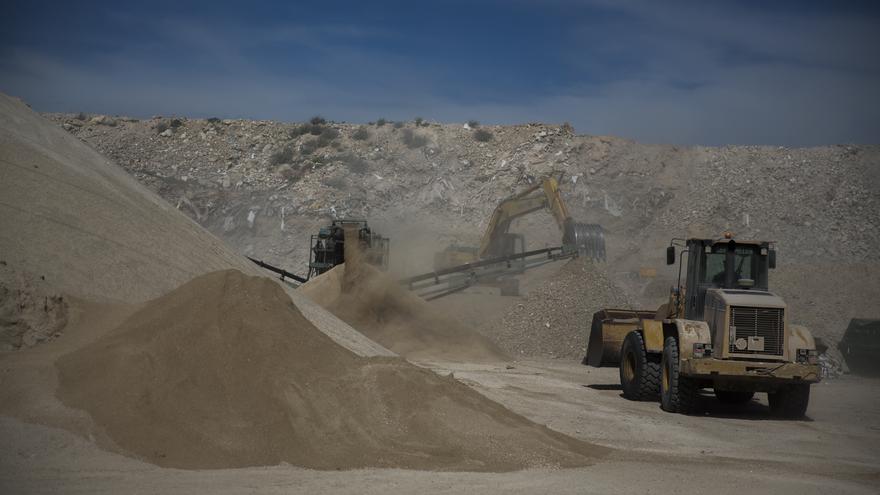 “By means of the brief presented under article 804 Law of Criminal Procedure, articles 139 and following of Law 15/2015 of July 2 of the Voluntary Jurisdiction, the mercantile Llegando a la Cima SL has requested today the celebration of the demand of conciliation prior to the filing of a complaint for the alleged crime of slander and verbal insults, in writing and social dissemination, against: Juan Carlos Arribas Ugarte, (Colla Ecologista D’Alacant); Cayetano González Gil, alias “Tania América”; Manuel Juan Albert, (Trekrural); Agustín Jose Pérez González, (AVV. EL Salar de Fontcalent), Encarnación Navarro Pérez and Doña Claudia Rincón Hernández, neighbors of the plots where she works Arriving to the Top, Lara López Álvarez, councilor of the Municipal Socialist Group of the Alicante City Council, Raul Ruiz Corchero, councilor of the Socialist Municipal Group of the Alicante City Council; José Juan Bonet Dura, councilor of the Vox Municipal Group in the Alicante City Council, as well as the Trekrural Association, Colla Ecologista d ́Alacant Ecologistes en Acció and AAVV. The Fontcalent Salt Flat, in order that they agree and recognize the commission of the facts that are related below:

According to the brief presented to the judge by Llegando a la Cima, all the accused have participated in the expression, publication or dissemination by various means of a series of accusations that, if true, they could constitute a crime or serious environmental offenses.

The attribution of such uncertain facts, by all the denounced, which has also been carried out with knowledge of their falsehood and with reckless disregard for the company and its workers and collaborators, have been a serious attack on their honor and performance, affecting their present and future commercial viability.

The company attaches various means of proof and affirms that the facts that neighbors, associations and councilors of the opposition They have been systematically charged with impunity, they are false and therefore they are asked to acknowledge the following points:

• It is completely false that toxic waste such as asbestos, etc. are being dumped, buried or crushed.

• It is flatly false to work with hazardous materials

• It is flatly false that toxic gases such as sulfuric acid are emitted into the atmosphere, or that such gases are emitted that produce a carcinogenic effect

• It is flatly false that no aquifer is contaminated

• It is flatly false that the riverbed has been diverted, interrupted or altered

• The statements made about the impact on health of the activity do not have any scientific or medical support or study that establishes or proves it.

The claim that you work with polluting residues is flatly false

So that, Getting to the Top requires:

-Recognize that said statements, messages or publications have not been verified and their veracity is unknown.

-Recognize that its publication, dissemination or expression may cause damage, as it has been for the image and activity of Llegando a la Cima SL, recognize that its intention was, among others, to damage the image of the company against third parties.

-Acknowledge that they are aware of the existence of an Order of the Superior Court of Justice of the Valencian Community dated September 27, 2019 that authorizes Llegando a la Cima SL to carry out the treatment of non-hazardous waste.

-Recognize that third parties have been urged (through verbal statements, as well as publication in networks) to publicize said facts without taking into account the harmful consequences of such assertions and without contrasting said facts.

-Recognize that the objective of said demonstrations and publications was to create social panic and a state of opinion contrary to the mercantile Llegando a la Cima SL with sufficient repercussion to interrupt its activity, even completely.

Today The economic damages caused are estimated at 400,000 euros, due to the almost total interruption of the main activity. The moral or social image damage, even difficult to specify at this time, is estimated at a number of 50,000 euros given the social alarm caused and the damages incurred“, concludes the statement.