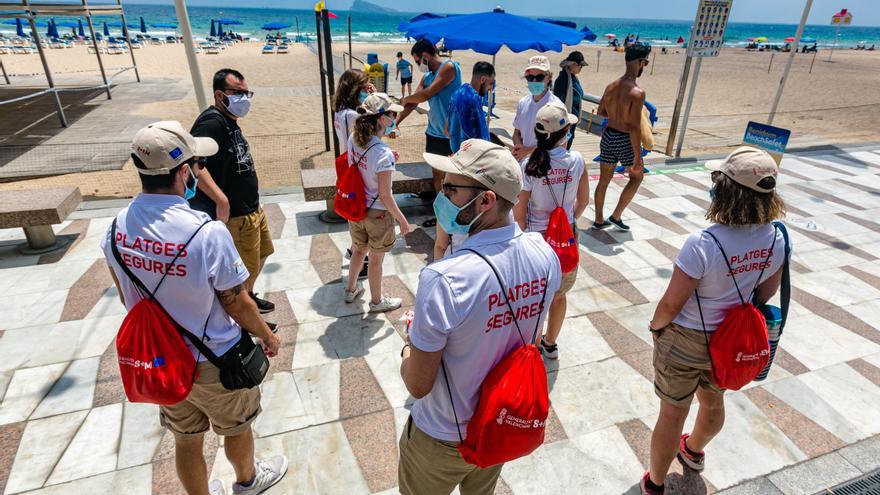 This program contemplates the hiring of 1,000 information assistants who will ensure compliance with health regulations in prevention of covid-19, both on the beaches of the Valencian Community and in the places with the greatest concurrence. “The attitude of some mayors who in the face of collaboration is surprising and not understood, help and stimulate tourism for the citizens of Valencian beaches, put problems, put obstacles, put obstacles and hinder the recovery of a strategic sector, such as tourism in the Valencian Community, “said the regional official. Ángel explained that he does not understand this type of behavior: “do not worry and take care of the safety of your beaches and your citizens. Surprising. Work more”.

It should be remembered that the municipalities asked a few days ago “speed” to complete this program and also caused a flood of critics by some of the town halls to whom these informants will go after the meeting that the consistories held with different representatives of the Consell, where most of them expressed their doubts and complaints about the process. The main reasons for criticism: haste with which the hiring will have to be processed and the Obligation to contribute a high economic amount to assume part of the salaries of these young people, an expense that the municipalities have known in the last hours, almost by surprise, and for which none of them had a budget forecast.

The regional secretary of Security and Emergencies has explained that the Valencian Community will be the only one that increases the security of its beaches with the hiring of 1,000 information assistants, which will allow: “reinforce our image, our tourism and the quality of our beaches compared to other Autonomous Communities that this year have not renewed this device ”.

This initiative “will allow, in addition to creating a space of maximum security on the beaches of the Community, to promote job creation among young people, one of the most vulnerable groups in the workplace.” Last year, 418 people reported on the beaches of Alicante, 348 on those of Valencia and 234 on those of Castellón. This year, 416 will do so in Alicante.

In general, the auxiliary team will carry out information work on covid-19 regulations, especially on the control of access and capacity of the beaches, ensuring compliance with the measures contained in the Health regulations, as well as the provisions contained in the Safety and Rescue plans, and contingency plans.

Among its functions is also to inform and guide users who access the beach of the warnings and communications that may be issued in matters of emergencies and civil protection from the Generalitat Emergency Coordination Center (AVSRE), as well as proposing through the Valencian Community 1.1.2In the event of an emergency that cannot be covered with the resources present, the activation and mobilization of extraordinary resources.

They will also inform the Local Police Corps of the municipality the incidents or actions carried out during the working day; They will carry out auxiliary tasks of help or collaboration with the direction of the Local Police Corps or, where appropriate, the Tourism services of the town councils, collaborating at all times and at their request, with the relief, surveillance and security services present in the space, all this always with respect to their abilities and training. In no case will they do security, first aid, cleaning or similar tasks.