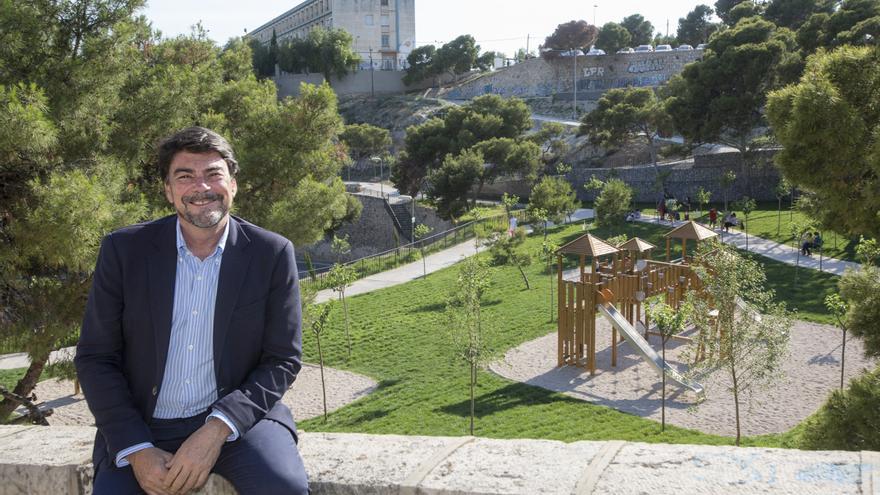 The Mayor of Alicante, Luis Barcala, has expressed this Tuesday his “Resounding rejection” of the aid plan for 2021 of the Valencian Innovation Agency (AVI) of the Generalitat Valenciana, “which once again leaves our province at the bottom of investments, with just 16%, compared to Valencia and Castellón, which account for 83%”Of grants to companies and universities.

“At the same time that the Consell ‘sells’ to Tabarca, Alicante and the Community as part of the Catalan Countries, forgets us and marginalizes us when it comes to investing in our future”, Added the first mayor in relation to the aid of the AVI and a publication subsidized by the Generalitat, which places the Alicante island as part of Catalonia. “They want a poor and domesticated south to offer themselves to the project pancatalanista”, Has pointed out the mayor.

The mayor highlights that “the grievance”With the aid of Innovation (8.8 million for Alicante and 43.5 million for Valencia and Castellón) is “one more in the long chapter of systematic forgetfulness of the Consell de Puig y Oltra, which marginalizes Alicante and does not build a health center, a school, or a social housing; only advertisements and no reality ”.

The first mayor has linked this “Cornering” of Alicante with the “historic cut” of the Tajo-Segura transfer, “Which leaves our farmers on the brink of ruin”, and with the “drastic cuts by the Generalitat in public health in full emergency due to the fifth wave of the pandemic ”. At this point, Barcala has also criticized the restrictive measures of the Consell, “which have sunk tourism with curfews, instead of seeking health solutions with vaccination and reinstatement of the 3,300 fired health workers at the beginning of summer ”.

The bipartisan spokesperson, Antonio Manresa, has stressed that in the Governing Board last Tuesday they approved investments for seven million for the city, and this week of the order of another ten million. “It is convenient to highlight it in front of the discrimination in the distribution of funds by the Valencian Innovation Agency “.

About the magazine that places Tabarca as part of the Països Catalans, Manresa has shown “our surprise that a magazine subsidized by the Generalitat Valenciana says that. The Governing Board is a single voice that says that the island belongs to Alicante, the Valencian Community and Spain. We are not dreaming, it seems very It is good that each one believes what they create, but it is mandatory to maintain the origin of the sites “.

From Presidency of the Generalitat they have pointed out that “Tabarca is from Alicante and the Valencian Community. Of course, it is not a Catalan island or anything like it. And we do not share at all that location that marks the magazine “, sponsored by the Ministry of Education. Consulted this department, has not yet issued a response.