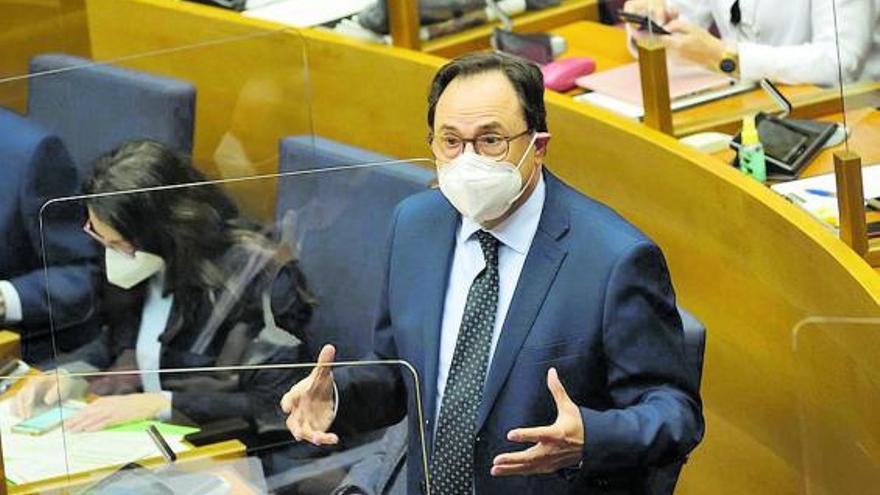 In total, the regional government has managed the 182.3 million euros that it had programmed within the framework of the Social Fund and already has certificates or in the process of being certified by the Ministry of Finance, almost 184 million, which represents 100.87 % of funds. Specifically, the regional government has invested the total amounts committed to the European authorities, although some of the programs remain in operation and public spending continues, hence the one hundred percent percentage in certifications is exceeded.

According to sources from the Ministry of Finance and Economic Model, of the global of these resources, the Generalitat has territorialized actions worth 154 million euros, of which 58 have been allocated to actions in different towns of Alicante, which represents the 37.5%. However, as stressed by the department headed by Vicent Soler, to this amount must be added all the resources that have gone to the province within lines of action that include different municipalities of the three provinces, so they are not territorialized.

«An example is the item for the elimination of invasive plants in dune habitats, financed in this case with Feder and which has a total endowment for the Community of 215,212.95 euros, but which we know has been partially developed in the Dunes of Guardamar ”, indicates the general director of European Funds, Andreu Iranzo, who is convinced that the European resources of the Social Fund that have finally been allocated to the province are, therefore, superior.

Iranzo points out that most of the actions included in the strategic line aimed at promoting sustainability and quality in employment and favoring labor mobility are not territorialized either, so that to the 58 million destined to the province we must also add all the actions that are part of this line, of 11.98 million. In addition, it maintains that the axis destined to technical assistance for the development of this operational program, endowed with 5.47 million, cannot be territorialized either, “but the municipalities of Alicante also benefit from its application, assistance and aid.” In this way, most of the actions that have been territorialized in the province are included in the axis focused on the promotion of social inclusion and the fight against poverty and any form of discrimination and, above all, in relation to investment in education, training and vocational training for the acquisition of skills and lifelong learning.

Specifically, by municipalities, Alicante is the one that has received the highest amount of funds, with at least 11.36 million euros. They also stand out for their total volume of resources Benidorm (4.58 million); Xixona (4.85 million); Orihuela (3.02 million); Torrevieja (2.62 million); Villena (2.27 million) or Elche, with at least two million euros. Regarding the volume of aid received, despite its size and number of inhabitants, the municipality of Alcocer de Planes stands out, which has obtained more than 2.4 million allocated almost entirely to the Batoi Integrated Public Training Center for development, start-up, maintenance and promotion of Vocational Training studies.

A fundamental injection for FP

More than 130 million euros in the province

The European Social Fund is the main financial instrument of the European Union to promote employment in the Member States and promote greater economic and social cohesion. The actions of this operational program are divided into four axes, among which, in the case of the Valencian Community, the one relating to the promotion of Vocational Training stands out. In this case, it is endowed with 129.34 million euros, of which 134.29 have already been certified, representing 103.83%.

The resources allocated to improving employment and promoting labor mobility within the framework of the European Social Fund, amounting to 11.98 million euros, have already been certified at 98.06%, reaching 11.75 million in the global of the Valencian Community, as required from the Ministry of Finance.

The axis destined to the fight against poverty, endowed with an amount of 35.57 million euros in the Valencian Community, is certified in 93.65% and the technical assistance resources, in 90%.

Multidisciplinary with various lines of action

The economic injection from Brussels is used to support multidisciplinary programs such as the implementation of dual Vocational Training; finance the mobility of research personnel in pre-doctoral training in international research centers; training for research staff in the predoctoral phase; cover scholarships for training and specialization in different areas of the agri-food sector; the promotion of mixed training and employment programs; aid for hiring the unemployed with special difficulties; to integrated itineraries of socio-labor insertion aimed at people in situations of special vulnerability or to specialized training and recycling for professionals in the tourism sector. Also, to aid for the conversion to indefinite of temporary contracts of job seekers Ecovut; to promote microcredits to entrepreneurs and the creation of micro-businesses; to finance work placements for young people in Europe through the Eurodyssey Program or implement training actions for technological development and innovative methodology in centers belonging to the Generalitat. Similarly, it also finances training in languages ​​and transversal, basic and technological skills, the maintenance of equipment to search for a job or the hiring of counselors, among other aspects.