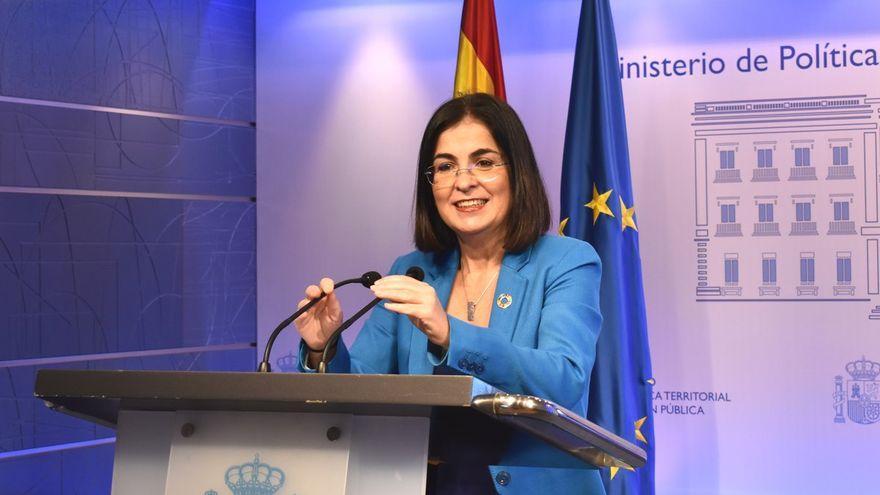 The Interterritorial Health Council decides this Wednesday the restrictions against covid to be adopted at Easter and on the San José bridge, and it will be seen if all the autonomous communities opt for the closure proposed by the Ministry of Health, except for the Balearic and Canary Islands.

The Ministry directed by Carolina Darias also proposes to relax the curfew on both dates at 11 p.m. and reduce social gatherings to a maximum of 4 people in closed public spaces and 6 in open public spaces, except in the case of cohabitants, according to the document to which EFE has had access. That is the Health proposal for the period between March 17 and 21 in those communities in which the day of San José is a holiday -Madrid, Valencian Community, Basque Country, Extremadura, Murcia, Navarra and Galicia-, and from March 26 to April 9 in the rest.

The agreement will be binding, but Madrid has been warning of its opposition for days to restriction of mobility. Its president, Isabel Díaz Ayuso, has insisted that “the closure of entire regions must always be the last option to take after having tried everything” and has denounced the “terrible political persecution” that, in her opinion, has suffered the Madrid region for its management of the pandemic. “Before closing, let them show us why, what measures have been put in place and, once it is unavoidable, then take that measure as was done, for example, in the first wave,” said Díaz Ayuso.

The Government will not impose any decision and it will “reason and dialogue” with the autonomous communities about the de-escalation of the third wave, according to the spokesman minister, María Jesús Montero, who has asked the regional executives who are “at a changed pace” to reflect on it. That they think about it and that they take into account, according to his words, that “when the group is oriented in one direction and there is one that is not incorporated into that consensus, it seems reasonable to think that whoever has to think about their actions is who is going with the step changed “.

And it is that the measures on which Health and communities have to decide in the Interterritoral seems that have the approval of most of them, as found in the Public Health Commission last Thursday. The Commission, in which representatives of the Ministry and the communities are present, proposed, among other restrictions, that perimeter closure of the autonomies. These and other restrictions will be discussed when the contagion curve in Spain approaches the plateau with levels from last August, but still far from the goal of the “new normal” for Health.

With a disturbing rebound in many European countries, Spain added 4,013 new positives and 291 deaths on Tuesday, with a slow decline in the cumulative incidence per 100,000 inhabitants in 14 days, which fell 3.2 points to 139 cases. The pressure in the ucis fell again, but very slowly, and stood at 23.2%, and hospital occupancy follows the same trend to stand at 7.5%.