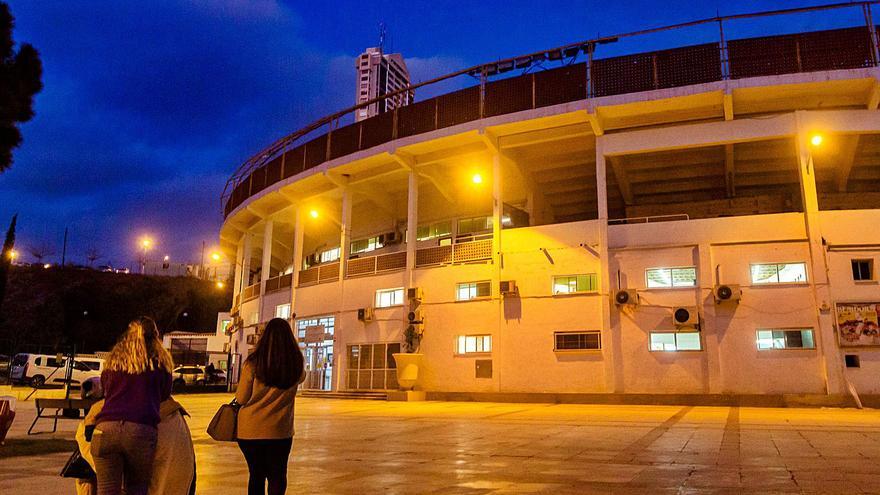 This was explained to this newspaper by the mayor Toni Perez who indicated that “if it is only necessary to correct what was detected” on Friday, March 12, the students could return to those classrooms in April, that is, after the holidays, although without specifying a specific date yet because they are working on fixing what caused the closure of the conservatories.

That movement in one of the cracks in the bullring forced a quick decision. But the situation in that space comes from afar. The bullring has been without activity for years precisely because of the problems in the structure in which it has already intervened on occasion, although the conservatories continue to operate in the lower part. Since 2018, the City Council together with the UA have been monitoring the cracks in this space. That day a variation was detected in one of them, although the witnesses that serve to check its progress did not move.

But as a precaution, the City Council made the decision in a short time to suspend classes that day. The students were relocated to other municipal offices and continued with their lessons on Monday. Those of Dance at the Palau d’Esports L’Illa de Benidorm and the José Llorca Llinares social center; those of Music, will combine the telematic classes with the face-to-face ones in dependencies of the central building of the City Hall.

Waiting for the Cultural Center

Conservatories are waiting for you finish the work of the Cultural Center to leave the bullring. This new space is years behind schedule and finally, after an agreement between the City Council and the SPTCV, dependent on the Consell, it will only end in part: the one for Music and Dance students, an auditorium for 462 spectators, administration and cafeteria.

The City Council will be in charge of conditioning the rooms when the Generalitat delivers that first phase for which it has a budget of 900,000 euros. A completion that was scheduled for May but that “Now they have told us that the forecast is for June,” said the mayor. “We will have less time” for what the local administration has to assume but Pérez stressed that “if everything is correct, the students of the conservatories will start the next school year at the Cultural Center; We will do everything in our power”. And that is also what parents want, to start the new course in the new facilities. Regarding the current situation, they highlight that “The important thing is that they do not miss class and can finish the course.”

And while, the City Council plans to act in the bullring through funds from the Sustainable and Integrative Urban Development Strategy (EDUSI) with a project to rehabilitate the bullring and the construction of an annex building that functions as a multifunctional center. On March 29, the technical offices will be presented for the drafting of the project.