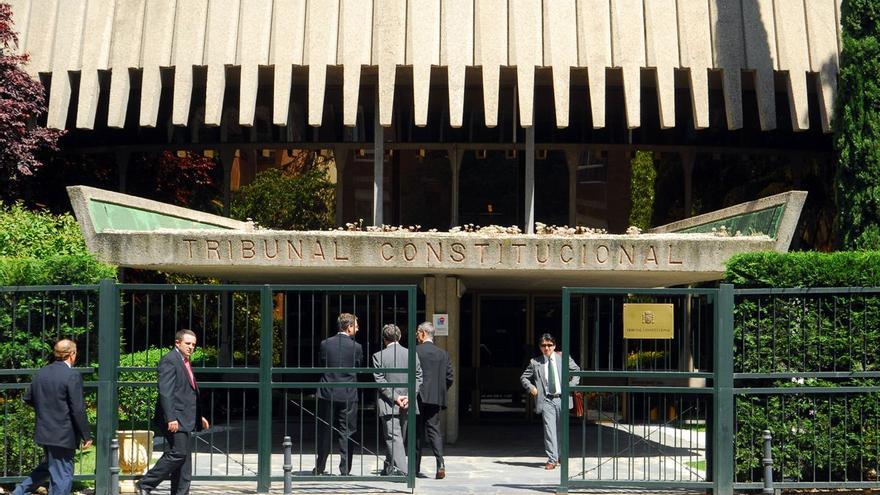 The appeal that the already ex-deputy of United We Can Alberto Rodríguez will present before the constitutional Court against the decision of the president of Congress, Meritxell Batet, to strip him of his seat has a preceding 1992 in which the court of guarantees ruled that it is not possible to withdraw this condition due to a light sentence.

This is the case of deputy of the Assembly of Cantabria José Luis Vallines, from Alianza Popular, sentenced in 1984 to one month and one day of major arrest by the Hearing of Huesca for a crime against freedom and security at work. Ancillary suspension of all public office was imposed, profession, trade and the right to vote during the sentence.

However, eight years later the First Chamber of the Constitutional Court, then presided over by the magistrate Francisco Tomás and Valiente, in addition to annulling the resolution of the president of the Cantabrian Assembly that had decreed his loss of status as a deputy, declared Villarino’s right “not to be removed from his position because of the accessory penalties of suspension from public office and suspension of the right to vote “.

The precedent was included in the first report of the lawyers of the Congress of Deputies that it was against removing Rodríguez’s seat, along with other rulings of the guarantee body in which they claim interpretations favorable to the exercise of political rights of the deputies.

In the case of Vallines, the Provincial Court of Huesca He was sentenced in December 1984 as the author of a crime against freedom and security at work to a penalty of one month and one day of major arrest, a fine of 100,000 pesetas; to which he added the accessory of suspension of all public office, profession, trade and right to vote during the time of the custodial sentence.

The ‘crux’ of the disqualification accessory

On the subject of disqualification accessory, and whether or not this can be considered together with the 45-day prison sentence that was replaced by a fine in the case of Rodríguez, is precisely the ‘crux’ of the issue in the entire legal debate surrounding the matter.

This point, of a very technical nature and that creates controversy among jurists, It has transcended the legal framework to almost cause an institutional clash between the legislative and judicial powers, in addition to a possible conflict between the Government partners and even within Podemos, all of this following Batet’s decision to withdraw the minutes to the purple deputy last Friday.

In the third basis of the judgment, which is highlighted by the lawyers in their report, the Court noted that the loss of seat in the case of the Cantabrian deputy, which, as in the case of Rodríguez was not explicitly decided in the criminal sentence, It was an inevitable consequence of not admitting the exercise of parliamentary representation any interruption, as well as for constituting the penalty of suspension a cause of incompatibility. These are arguments that the court of guarantees did not share at the time.

They added that the Regulation of the Assembly of Cantabria itself, in line with the provisions then in the Regulations of the Congress and Congress of Deputies of the Senate, expressly contemplated the situation of suspension of the Deputies in their rights and parliamentary duties for various reasons, among they precisely that of a final conviction.

At this point, the Constitutional magistrates cited certain articles of the Penal Code of that time that only linked loss of public office to custodial sentences for a period of more than twelve years but not with respect to other penalties.

In the case of Vallines, in addition, the circumstance that the decision to remove the seat was unilaterally adopted by the Presidency of the Assembly, regardless of having heard or not the Board and the Board of Spokespersons. At this point, the Constitutional Court pointed out that the essential formalities of the legally established procedure to declare this type of incompatibility were dispensed with.

After citing this example, the lawyers concluded in their first report that the principles indicated in the 1992 judgment “should govern the interpretative work of the norms to be applied, understanding therefore that it will be always preferable that interpretation that leads to the most respectful conclusion with the exercise of rights fundamental principles of the deputy established in the Article 23 of the Constitution “.

They added that in the same sense a interpretation of the principle of proportionality, “so that the extra criminal consequence of the conviction that is reached is not more burdensome than the sentence itself, aggravating it without due legal support.”

Suspension, no loss of seat

In the case of Vallines, the Constitutional Court also pointed out that it was undoubtedly the accessory penalty of suspension of all public office and the right to vote for a period of one month and one day that was imposed on him -confirmed in cassation by the Supreme Court- “It did not by itself lead to the loss of the status of deputy, but only the suspension of their exercise during the indicated period), for which their political rights were infringed.

Said sentence alluded to article 38 of the Penal Code then in force, which is the one that speaks that the suspension of a public position will deprive the convicted of his exercise, as well as to obtain another of similar functions for the time of the sentence, “but not It deprives him of the position, since that is the effect of a different penalty: absolute or special disqualification.In Rodríguez’s case, special disqualification has been imposed, but for the right to passive suffrage during the time of his sentence.

“It is clear, therefore, that the accessory penalty of suspension imposed, by its very nature, could only affect the right of the appellant today to temporarily exercise the post of deputy and, where appropriate, not to be elected during the period of the condemnation, but in no way generate the loss of the status of deputy of the appellant today, “concluded the 1992 sentence.