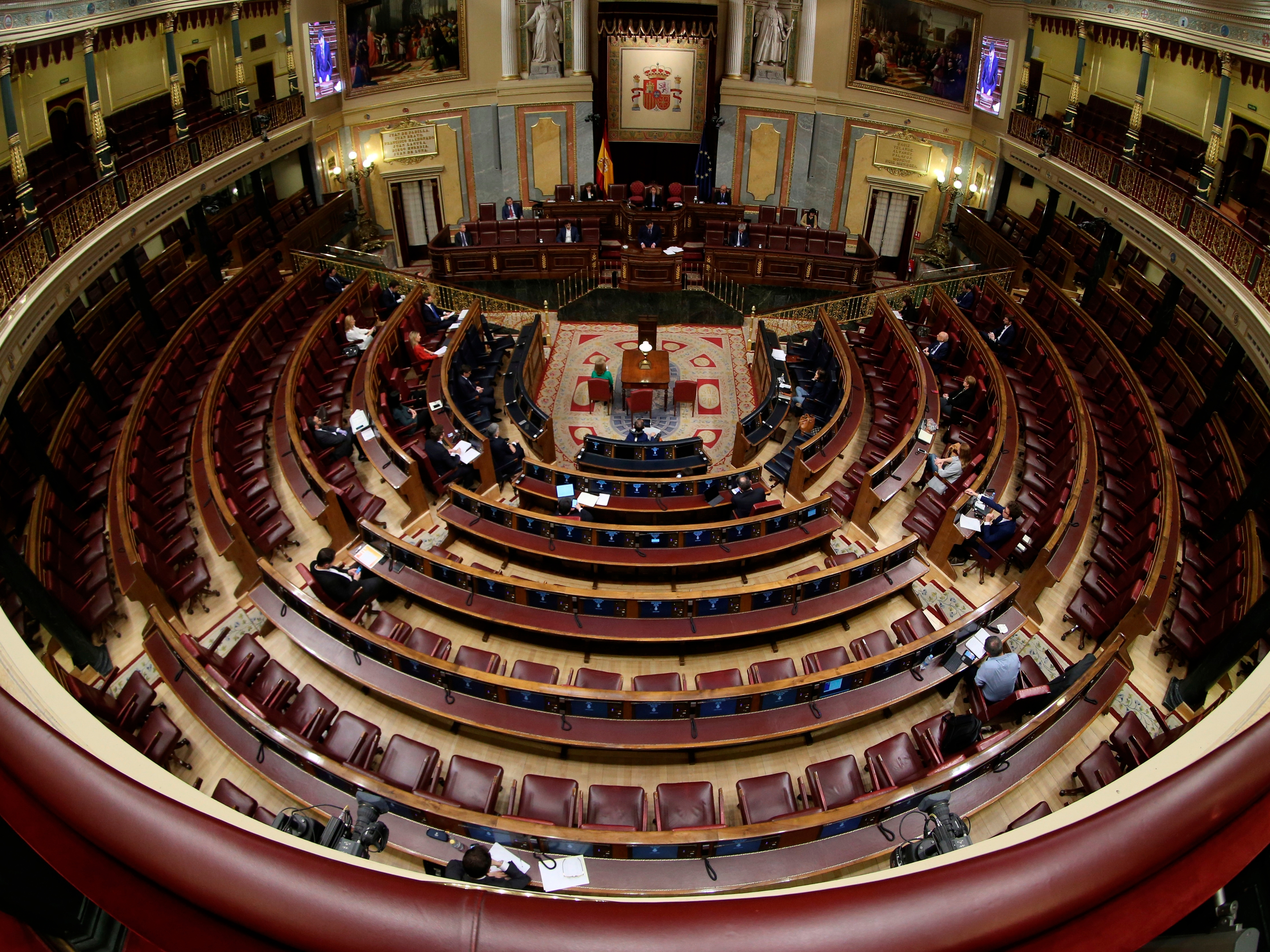 The parliamentary stoppage decided by the Bureau of the Congress of Deputies on March 19, 2020, five days after the Government decreed the state of alarm that confined all of Spain due to the pandemic, violated the right to control of the Government by the legislative power. With this argument, the Constitutional Court plans to annul in the coming weeks the congressional agreements limiting parliamentary activity during the first phase of the pandemic, according to court sources.

The magistrates deliberated on Thursday the appeal for protection presented by Vox 18 months ago against the suspension of parliamentary activity, and the conservative majority imposed on the rapporteur of the sentence a change of the text to endorse part of the ultra party’s arguments and consider the ruling unconstitutional. decision of the Bureau of Congress. The suspension of the deadlines for the parliamentary initiatives in process was in effect between March 14 and April 13, 2020.

The rapporteur for the sentence, Judge Antonio Narváez, had prepared a text in which he proposed to reject Vox’s challenge. But the debate revealed that there is a majority in the Constitutional Court in favor of annulling the House resolutions that reduced the possibilities of parliamentary control.

At one point in the debate, the ranks ranged from five to five. Attendees were 10 per the absence of Magistrate Alfredo Montoya, from the conservative sector, for a mild ailment. It was decided not to vote in view of the fact that the rapporteur himself, according to the sources consulted, raised his desire to redo the ruling to uphold the appeal, after hearing the reasons set forth in the discussion, which has lasted two days.

In the next plenary session, therefore, the rapporteur will take a new draft sentence in which he will propose the annulment of the measures adopted by the Bureau of Congress to suspend the deadlines of the parliamentary initiatives in process due to the spread of the pandemic. These measures were also shared by the Senate.

The reasoning contained in the new ruling will allow foreseeing the criteria that may prosper in the Constitutional Court when the appeal, also from Vox, against the second state of alarm is examined. In it, the party once again questioned the lack of parliamentary control that, in its opinion, occurred at this stage of the health crisis, between October 2020 and last May, despite the fact that there were two appearances of the Prime Minister before the plenary session and another five of the Health Ministers who managed the pandemic (Salvador Illa and Carolina Darias).

In the debate on the reduction of parliamentary activity, it became clear that Narváez did not have the necessary votes for his first thesis, because only four magistrates supported him. He was the fifth, but finally – and in anticipation that the absent magistrate would also support the thesis of the other bloc – he assumed the opposite criterion: that is, it is possible to consider that the rights of the deputies were violated by the agreement of the Table . Court sources believe that, according to the positions presented in plenary session, the result of the vote in favor of the annulment of said agreements of the Chamber may not remain in the six to five with which the sentence on the first state of alarm, but in this case give greater support to the thesis that the measures to slow down parliamentary work violated the rights of the deputies.

If the next plenary session of the court confirms the positions expressed in the first deliberation of this sentence, it will be the second important setback to the legal strategy followed by the Government and the parties that support it to face the health emergency.

The first was the cancellation of the home confinement agreed upon by virtue of the state of alarm decreed by the Executive in March of last year. This second would be because deputies and senators have been prevented from fully exercising their functions.

In the plenary session that the Constitutional Court will hold next October, it is also expected that the draft sentence that the same rapporteur, Antonio Narváez, has prepared before the August parenthesis on the decree of the second state of alarm will be discussed. In this draft, Narváez proposes the annulment of specific provisions of said decree related to the reduction of parliamentary control during the semester of the alarm, and with the delegation of powers to the autonomous communities.

The set of these resolutions would suppose a considerable global amendment to the work of the Executive and the Parliament – that is to say, to the majority forces in the Courts – in the face of the pandemic. This legal response has been favored by the permanence of a conservative majority in the court of guarantees, although there are four magistrates whose mandate expired in November of last year.

Vox’s appeal against the reduction of the parliamentary task during the beginning of the pandemic alleged that “when the control system between the powers of the State was (…) suspended and, in particular, the parliamentary control of government activity, the Constitution it would appear reduced to a pure entelechy ”.

Specifically, the challenge was directed against the agreement of March 19, 2020, which suspended “the calculation of the regulatory deadlines that affect the initiatives that are pending in the Chamber until the Table lifts the suspension” . In Vox’s opinion, these provisions generated a cascading effect on parliamentary activity that practically emptied the Cortes of powers. Concern about the spread of the pandemic was very high in Parliament. The control session on March 11 was called off, but on March 25 the Prime Minister appeared to request the extension of the state of alarm.