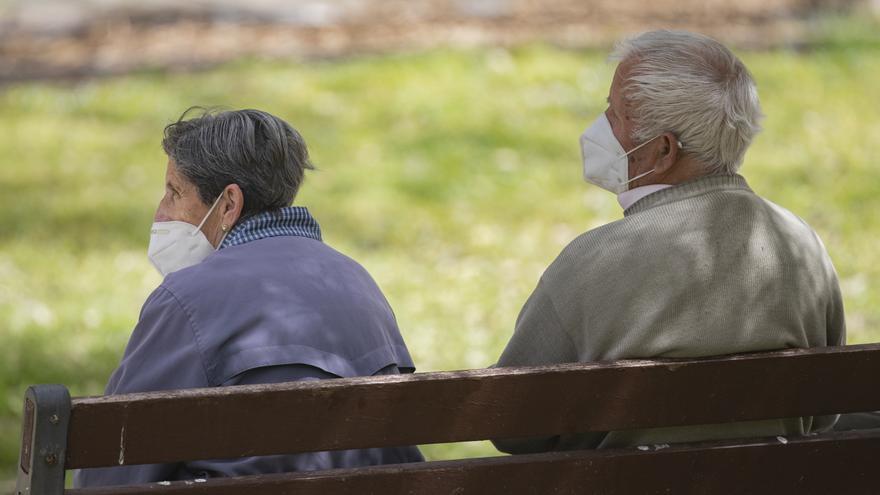 The continuous increase in infections by covid in recent weeks has motivated the autonomous communities maintain and extend restrictive measures to contain the pandemic, from the perimeter closures to the prohibition of access to the interior of hotel and catering establishments.

With the open debate on the existing legal architecture to sustain these restrictions when the state of alarm wanes on May 9, some autonomies with less influence from the virus have decided this week to minimize the measures by expanding the number of people allowed in the meetings or relaxing the curfew.

But most have chosen to keep the existing ones or, if possible, to toughen them, such as the Basque Country, where Bilbao and the historic territory of Guipúzcoa have joined the perimeter closures since Tuesday.

Cantabria has also tightened restrictions inside the hotel industry and leisure venues and Navarra has approved the perimeter closure to contain the expansion of the covid in five localities, while Castilla y León has closed the interior of the hotel industry and the premises of leisure in thirty municipalities, including Salamanca.

Next, the map of the restrictions in the different autonomous communities:

In Andalusia, the perimeter limitation is maintained and mobility between the provinces of this community is restricted, as well as night traffic between 23:00 and 6:00. Social gatherings are limited to 6 people.

In addition, the Board has announced that, as of Thursday, most territories go from level 2 to level 3 of health alert, which means the reduction of capacity, such as inside the hotel industry (from 75 to 50%) ; cut banquets in half; reduce from 65 to 50% in sports facilities and by 60 the capacity in cinemas, theaters and auditoriums.

The Government of Aragon has added to the perimeter confinement of Tarazona, which was decreed on April 6, those of the towns of Cuarte de Huerva (Zaragoza) and Fraga (Huesca) and the Huesca region of La Litera from the next midnight until on May 9, due to the high incidence of covid-19 cases that they present.

In these towns and region, the closure of non-essential activities is also decreed at 8:00 p.m., groups of people are limited to 4, both in the public and private spheres, and the hospitality capacity is established at 75% in the terraces and 30% the interior.

Asturias maintains the perimeter limitation of the community and the restrictions on entering and leaving the council of Mieres and Langreo, the only municipalities that are currently at the level of “extreme risk” and in which, therefore, they are in force 4Plus restrictions, which include the closure of the interior of hospitality establishments, sports centers or gyms and shopping centers.

The perimeter closure was lifted on Monday 12. The limitation of night circulation between 22:00 and 6:00 is maintained.

Meetings in homes are limited to six people from no more than two coexistence groups and in Mallorca and Ibiza the interior of bars and restaurants and on terraces -open until five in the afternoon- may coincide four people from two cohabiting groups . Measures related to the hotel industry are softer in Menorca and Formentera.

The Canary Islands does not have a perimeter closure either, but has issued a new order to establish the screening system to detect positives for those arriving from the national territory by air or land. In addition, it has returned to the system of traffic lights by islands that it maintained until Easter

Cantabria has tightened since this Tuesday and, initially, during the next 30 days, the restrictions, with the closure of the interior of the hotel industry and the reduction of capacity.

The terraces may be open but at 75% of their capacity, and with a maximum group of 6 people, while the capacity in the trade will be one third, and 50% in the case of culture (libraries, museums or movie theater).

Places of worship can also be a third full, but weddings, funerals or christenings will have a maximum of 10 people indoors and 20 outdoors.

In outdoor sports facilities, or in gyms, the capacity will also be one third.

This week the decree that maintains the perimeter closure in Castilla-La Mancha and softens the curfew, which is limited between twelve at night and six in the morning, in addition to allowing a maximum of six people in meetings both inside and outside.

Measures have been tightened in localities with a higher incidence, such as Cuenca, where the interior of the hotel and catering establishments has been closed.

Castilla y León continues at level four, the maximum, due to covid, with perimeter closure, curfew between ten at night and six in the morning, and groups limited to four people.

As of this Tuesday, there are thirty municipalities with exceptional measures, nine new including the Salamanca capital, with the closure of the interior of the hotel and leisure establishments that has already operated in the capitals of Burgos, Valladolid, Palencia, Segovia and Soria for a week .

In Catalonia, the perimeter limitation is maintained and last week the district confinement was recovered to try to stop the fourth wave of the pandemic. There are no changes in the limitation of night circulation between 10 p.m. and 6 a.m.

Meetings are limited to six people unless they are cohabitants and in bars and restaurants -which close at five in the afternoon- no more than four can coincide.

The perimeter closure and the curfew from 10 pm to 6 am is maintained, but the measures related to meetings have been slightly softened, since the maximum number of people that can meet in public spaces has gone from 4 to 6, as well as at the tables in bars and restaurants -which close at six in the afternoon- and in group sports activities.

In homes there may already be family and social gatherings of people who belong to a maximum of two nuclei or coexistence groups and visits and exits from homes for the elderly and people with functional diversity have been made more flexible, depending on the level of immunization of the centers and the epidemiological situation of the municipality in which they are.

The Junta de Extremadura maintains the closure of the community and has also agreed that of Salvatierra de los Barros, Malpartida de Cáceres, Zarza de Granadilla and Madroñera, as well as to extend this measure in Guareña due to the “very high” risk that it may occur. an increase in covid-19 cases in these five locations.

On the contrary, the perimeter closure of Herrera del Duque (3,482 inhabitants) declines because in recent days there has been an improvement trend, with only one confirmed case in the last week.

There is also a perimeter limitation in this community, which, however, has decided that from this Friday the curfew in Galicia will be delayed from 10 p.m. to 11 p.m., which will also be the new restaurant hours, although the bars will have to keep closing at 21 hours.

La Rioja has a perimeter closure in the community and the curfew will be reduced by one hour this Friday and will remain from 23 to 5 hours. In addition, Pradejón and Cervera remain closed, including the Valverde neighborhood. In Autol, Arnedo, Calahorra and Nájera new restrictions have been imposed.

Without perimeter closure in the community, the regional government this week has extended mobility restrictions in the areas with the highest incidence of coronavirus, reaching a total of 17 basic health areas and five localities where 427,809 citizens live, which represents the 6 48% of the total for the region.

The curfew is maintained between 11:00 pm and 6:00 am; meetings in private spaces are limited to cohabitants only; in interior spaces of bars and restaurants, limit of 4 people per table, and in terraces, 6 people per table.

This community maintains the perimeter limitation and the entry and exit restrictions of the municipality of Puerto Lumbreras and Torre Pacheco.

The limit for night-time traffic has been reduced by one hour and now it is between 23:00 and 6:00 and the maximum that can meet on terraces has been extended to six people.

The Government of Navarra has approved extraordinary measures this Tuesday, which include the perimeter closure in Arbizu, Etxarri Aranatz, Lodosa and Villafranca. They join Milagro, Arguedas and Cadreita, who already were.

These measures have come into force at 00:00 this Thursday and will have an initial duration of two weeks, until the 29th inclusive, with the possibility of being extended.

The regional closure and the curfew from 23 to 6 hours are maintained.

In addition to the perimeter limitation of the Basque Country, Bilbao and the historic territory of Gipuzkoa have closed this week, in addition to Álava and Vitoria, which have been confined since last Wednesday.

As in other 27 Basque municipalities, you can only enter and leave for work reasons, studies and some exceptions, and where the hospitality industry will see its activity limited inside the establishments.

Circulation is also limited between ten at night and six in the morning and meetings are restricted to 4 people in public (closed and outdoor) and private spaces.