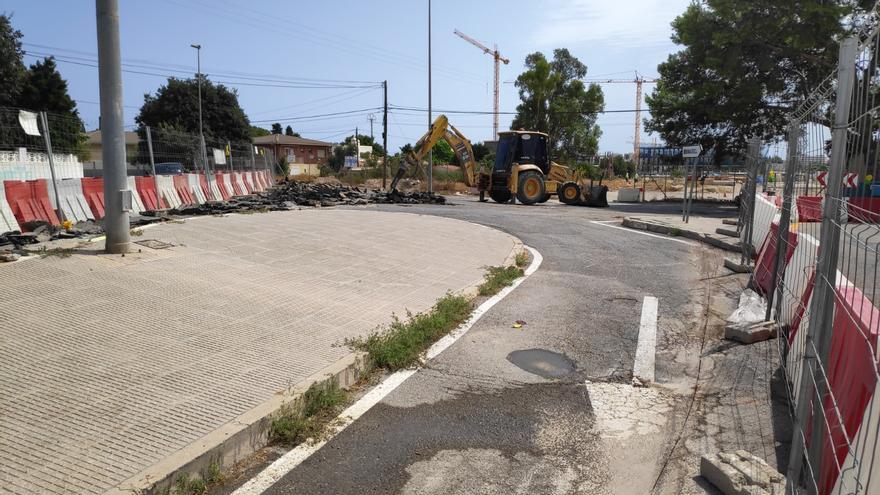 “The pace of the works is very good, at the moment the accesses projected both by the Benimagrell area and by Conrado Albadalejo are being enabled” declared the mayor of urban planning Eva Delgado (PSOE).

It should be remembered that the Nou Nazareth PAI, currently in execution, I had been paralyzed for 10 years due to the previous economic crisis, being one of the most important pending urban developments in the metropolitan area of ​​Alicante. The different projects of the development companies with plots in the area together with the urbanization works total more than 150 million euros, and it is expected that the works associated with the development of Nou Nazareth will be created 2,000 jobs for the next two years.

New Nazareth is one sector adjacent to Playa de San Juan, Muchavista (El Campello) and the golf course and is located between the Sant Joan University Hospital and the Miguel Hernández University, with an area of 382,117 square meters, of which 202,000 square meters are destined to the residential sector, whether they are blocks of buildings such as semi-detached houses, and commercial plots. It also includes a large green area that runs through the area and is the largest park in the town as a whole, with about 35,000 meters.

“This urban sector improves the quality of life of the citizens of Sant Joan, the connection with San Juan Beach and the creation of green areas, as well as the promotion of job creation, is of special importance.” And its importance also lies in “the consolidation of the urban area around the most relevant public endowments of the municipality, the hospital and the university,” said Delgado.

There are currently 17 building licenses granted, which represent income of almost 1.7 million euros for the City Council. The licenses were conditional on the beginning of the urbanization works, so the promoters Aedas Home, Solpriga and Fama have already been able to start the construction of their projects, as well as some individual buildings that were also within the sector.

The strategic interest of this sector is also reflected in the identity of the promoter companies that own land in the area and are processing the licenses for their respective projects. Thus, Aedas Homes and Metrovacesa, two of the listed companies that have led the sector since the recovery after the bubble crisis, are the two main owners in Nou Nazareth, with 23.6% and 13.3% respectively. Other promoters with a smaller participation are Solpriga, with 6.6%, Altamira, with 6.3%, Realia, with 5.2%, and Alicante company Cívica, with 3.8%. The City Council itself owns land for 80 homes.