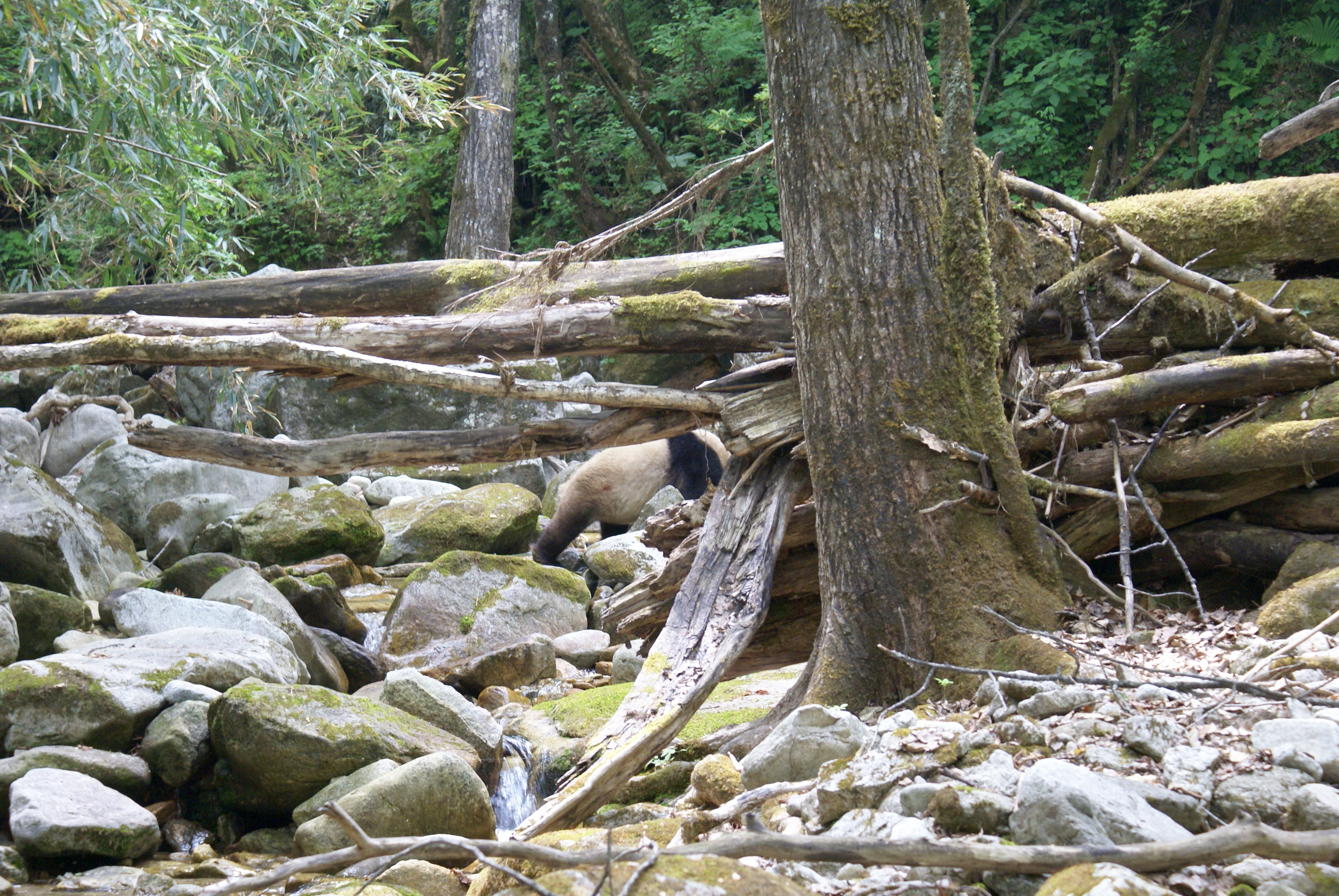 Most animals that have predators try not to see them. Among them, brown or green tones predominate to blend in with the terrain. But pandas have developed a different strategy: using both ends of the color gamut to mislead tigers, leopards, and red dogs. A group of scientists have used different color analysis techniques to confirm that these bears are the kings of camouflage.

Accustomed to seeing them up close or in controlled environments, to human eyes, pandas stand out with their characteristic two-color pattern. But in their natural environment, that combination that makes them unique protects them. It is detailed by the professor at the School of Biological Sciences at the University of Bristol (United Kingdom), one of the authors of this study, Tim Caro: “The dark parts merge with the stones and the dark trunks of the trees in all the seasons. In winter, the white spots are mistaken for snow. In summer, they blend in with the reflections of light when the sun shines through the trees. “

This blending with the background is joined by another optical phenomenon: disruptive coloration. The obvious boundaries between black and white parts are blurred as the observer increases the distance. There comes a time when the outline of the animal is distorted. “It begins to be difficult to distinguish them from 55 meters,” explains Caro. And that, with human eyes and their trichromaticism. “If I can’t see them with my good primate eyes, that means that potential carnivorous predators with their poor eyesight [dicromática] they wouldn’t be able to see them either, ”he says. Something similar happens with zebra stripes. Hyenas have trouble determining the outline of a zebra from about 50 meters.

The starting point of the work, published in the scientific journal Scientific Reports, was a series of photographs of pandas in their natural environment sent by Chinese ecologists to Western colleagues. In them, as in the one illustrated in this article, there are bears but it is difficult to see them. To determine the quality of their camouflage, they applied various image analysis techniques and modeled how panda predators view.

With one of these techniques, they compared the mimicry of pandas with 15 other species whose ability to blend in with the background has been studied. Although far from the top spot, held by the fat jird, a desert rodent, pandas rank among some of the more cryptic animals, such as the Egyptian gerbil and sea rock crabs.

Despite its effectiveness, the black and white pattern is rare in nature. So rare that most would know what species they have: besides pandas, killer whales, zebras, skunks and little else. But they are so different and from so different environments that the casuistry confuses more than clarifies.

This is commented by Ossi Nokelainen, a researcher at the University of Jyväskylä (Finland) and co-author of the study: “There is probably no single explanation for having a black and white coloration. In killer whales, it is supposed to work as camouflage. The white belly is more difficult to see when viewed from below against the sky, while the dark back is more difficult to see from above when viewed against the dark sea, which can help orcas hunt their prey ”, He says. In the case of zebras, although camouflage such as studies with hyenas has also been suggested, “the most plausible reason for their striped coloration is perhaps to avoid being bitten by flying insects, which avoid perching in such contrasting patterns.” With skunks, more than mimicry there is aposemitism, a phenomenon whereby some species use bright or high-contrast colors to warn that it is better not to mess with them, as with wasp patterns or bright colors of many poisonous frogs.

In a note from the University of Bristol, Professor Nick Scott-Samuel, from the Faculty of Psychological Sciences comments that pandas “seem striking to us because we see them at close range and against strange backgrounds: when we see them, whether in photographs or at the zoo, it is almost always up close and often with a backdrop that does not reflect their natural habitat. ” But in the wild and from a predator’s perspective, he says, “the giant panda is pretty well camouflaged.”