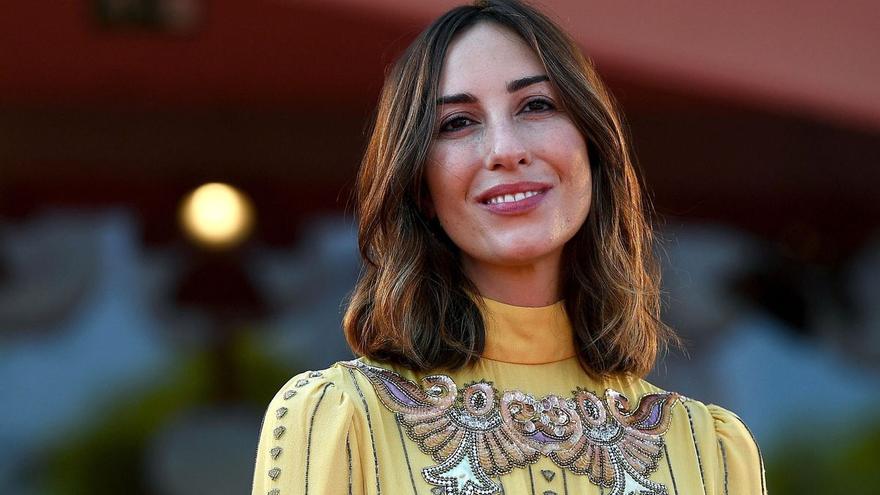 You are not only the director of Popular but also its co-writer. What was it inspired by?

A few years ago I had the opportunity to see A Face in the Crowd, which Elia Kazan directed more than six decades ago and tells the story of a charlatan who, thanks to television, acquires dangerous levels of fame and influence. It seemed like a prophetic movie, and I was interested in explaining something similar in reference to the era of social networks and the ‘influencers’ that we live in. It’s a culture that I don’t understand and that, frankly, I find somewhat disturbing.

Because I have my doubts about the space for art and creativity when the only thing that seems to interest most people is watching other people while they play video games or are engaged in unpacking items purchased on Amazon, or when The photographs that are valued are not those with an artistic vocation but selfies or nudes.

Why do you think that it is these contents and not others that are successful on the networks?

Even after doing ‘Popular’, I still don’t have an answer. Why do these ‘influencers’ have millions of followers and are capable of generating such a cultural impact? I do not know. Perhaps it has to do with a redefinition of audiovisual consumption as a whole that has been going on for years. We seek immediate and ephemeral gratification, and that makes, for example, even the newscasts less and less concerned with informing and more focused on entertaining.

The movie also talks about the dangers of fame. Are they older in the culture of networks?

It is very difficult to maintain purity and authenticity when everyone lets you know over and over again that you are great, and that has always been the case. But the specific thing about social networks is that they affect us all, constantly and uninterruptedly. And it is proven that, every time we receive a like or a new follower, our brain releases dopamine. So we are more likely to become addicted to it.

‘Popular’ has a clear thematic link with her first feature film as a director, ‘Palo Alto’ (2013). Although very different from each other, both films speak of the lack of vital purpose and the permanent need for validation that youth suffers. Is it causality?

I do not believe it. There are a number of themes and moods that attract me especially at the narrative level, because they allow me to give life to a type of characters that make me feel less alone. I guess I use fiction to explore emotions that affect me personally and get to know myself better in the process. F. Scott Fitzgerald once said that, in his opinion, storytellers spend their lives looking for different ways to always tell the same thing. He sure has something to do with it.

The main difference between the two films, on the other hand, is that Palo Alto was pure naturalism and Popular is much more affected on a stylistic level.

That is deliberate. After Palo Alto, which was a rather taciturn movie, I felt an impulse to go to the other extreme and shoot something bombastic and visually excessive. Tackling the world of social media offered me the opportunity to do so and, at the same time, allowed me to explore how technologies and socialization platforms are changing narrative modes. I found portraying such a seemingly un-cinematic world on film to be quite a challenge.

She started her career as a photographer. How does this ‘background’ influence your film work?

Enormously. In fact, I would say that moving from photography to film was a natural progression for me. I think that films amalgamate many artistic disciplines that interest me; I don’t play any instrument but I love music, and I’m not a designer but I love fashion. My main obstacle when deciding to dedicate myself to the cinema was always the expectations of others. When I was young, people constantly asked me: “Are you going to be a director too?” And I, as an act of rebellion, always answered no. But when the time came, I realized there was no point in resisting my creative impulses.

Carrying the name Coppola will have cost him accusations of nepotism. How do you handle the criticism?

Sometimes calling me Coppola weighs heavily, but I take criticism as inevitable. What many people don’t know is that those of us who built Palo Alto didn’t receive any salary for it, and that it took me almost seven years to get the money necessary to finance Popular. I keep trying to make my way as an artist, and for this I am going through the same difficulties that other young filmmakers face.

What role has your family played in your filmmaking career to date?

Since I was a child, I was present in filming and that means that they are an environment in which I feel very comfortable. I’ve been watching my grandfather and uncles work all my life, so it is clear that, in that sense, they have helped me a lot. But that’s it. From the beginning they wanted to give me the necessary space to make my own mistakes, and I wanted exactly the same.

The logical thing is to assume that, during their family gatherings, the Coppolas talk incessantly about movies. Now that the cinema is immersed, it is such a radical change process, what does the family say about its future?

To tell the truth, when we are together the Coppolas we talk more about how to cook pasta than about how to make movies. And when we do talk about cinema, we do it not from an industrial point of view but from that of creativity and expressiveness. But my grandfather has always been interested in technological advances and how to apply them to film making. Always look to the future, and it’s not nostalgic at all.

Do you think that social networks will end up condemning movies to irrelevance?

No I dont think so. During the toughest moments of the pandemic, without going any further, we all realized how much we missed going to the movies. Obviously, as I have said, the internet and social networks are already imposing new ways of telling stories, but that does not mean that movies are going to disappear; it is true, on the other hand, that everything indicates that the cinemas will be exclusively for the projection of a certain type of films while the rest will be released directly in ‘streaming’. What worries me in this regard is that social networks seem to have the potential to reduce the attention span of users and their expectations as viewers. When I first saw PewDiePie, who is the most important ‘youtuber’ in the world, my soul fell to my feet. What’s interesting about watching that guy for hours and hours?