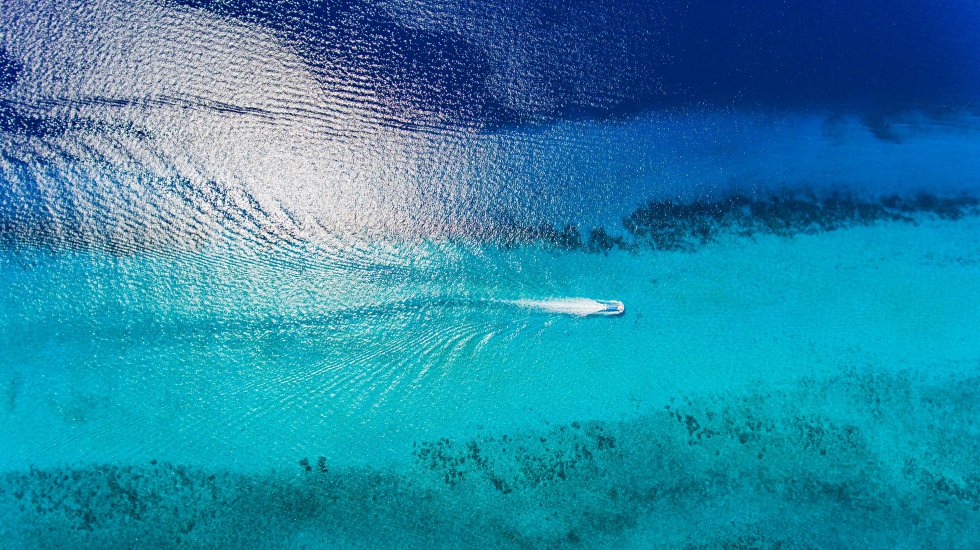 More than 200 tons per year of remains of sunscreen creams endanger the life of the second largest barrier reef in the world, in the Mexican Caribbean, due to the presence of harmful products, according to indications a new study.

In the absence of standards that regulate the use of these products, specialists suggest protecting the skin from ultraviolet radiation using products that do not contain compounds identified as harmful to corals, or physical barriers such as hats, glasses or long-sleeved shirts.

The Riviera Maya, located on the coast of the Mexican state of Quintana Roo, is visited by more than 15 million tourists a year. On its beaches there are no regulations on the use of this class of products, several of which contain substances harmful to marine life, indicated the work published in Applied Sciences.

On this subject, Hawaii already legislated in 2018, and the same is repeated in a few tourist destinations, such as in the Republic of Palau, the island municipality of Bonaire (Netherlands), Key West and the Virgin Islands (USA) and Aruba (Venezuela). Recently, Thailand joined a ban on filters with oxybenzone, octinoxate, 4-methylbenzylidene camphor or butylparaben.

In Mexico, to estimate the presence of these pollutants In the corals of this region, the researchers worked from a formula that includes the percentage of tourists who use sun creams and their habits on the beaches, such as the number of applications of these products, the percentage of protector that is released by contact with water, etc. Thus, the authors estimated that between 231 and 313 tons of sunscreen are released into the sea annually.

“Some sunscreens contain chemicals like oxybenzone and octinoxanate. These compounds are highly toxic because they bioaccumulate in coral tissues, cause bleaching, abnormalities in their development, can alter DNA and even kill them, “he explained. SciDev.Net the researcher Karelys Febles-Moreno, one of the authors of the study.

Corals are spawning grounds for fish of economic value and, among other ecosystem services, they protect coastal communities from storm surges, are tourist and recreational attractions, and provide raw materials for medicines.

Specialists suggest protecting the skin from ultraviolet radiation using products that do not contain compounds identified as harmful to corals.

For Febles-Moreno, a researcher at the Pontifical Catholic University of Puerto Rico, instead of protectors with harmful compounds, tourists can choose to use physical barriers or products reef safe, without oxybenzone or octinoxanate. And he clarified: “Eco-friendly sunblocks are not regulated, so it is crucial to identify the active ingredients on the label and make sure they do not contain these two chemical compounds.”

María Sandra Churio, a chemist at the National University of Mar del Plata y Conicet, who did not participate in the study, points out: “It is known that UV filters not only pollute oceans, lakes, rivers, but also groundwater, either by liberation directly in surface water (from the skin during swimming and bathing) or indirectly with water used for personal hygiene or laundry, through sewage treatment plants ”.

Churio also recalled that “the genotoxic potential of these compounds” is also for fish, seabirds, sponges, jellyfish, worms, crustaceans, mollusks, starfish, sea urchins, sea cucumbers, and turtles, among other animals.

For his part, for the marine biologist Carlos Vergara-Chen, a researcher at the Technological University of Panama, who did not participate in the study, the work “contributes to creating awareness and responsibility environmental in tourists who use sun creams on the beaches near coral reefs ”and its results“ could help the design and implementation of regulations that regulate the use of sunscreen ”.

For Churio, although the information on the contamination of organic UV filters is “limited”, “the continuous release of this group of compounds in the water, its potential for bioaccumulation and the consequences of prolonged exposure to aquatic organisms demand greater investigation”.

In this sense, the Decade of Ocean Sciences for Sustainable Development from 2021 to 2030, proclaimed by the UN, has, among other goals, the identification of the sources of pollution of the oceans for their elimination and cleaning. “The relationship between the ocean and the human being must be sustainable and responsible,” summarized Febles-Moreno.

This article was originally published on Scidev.net.