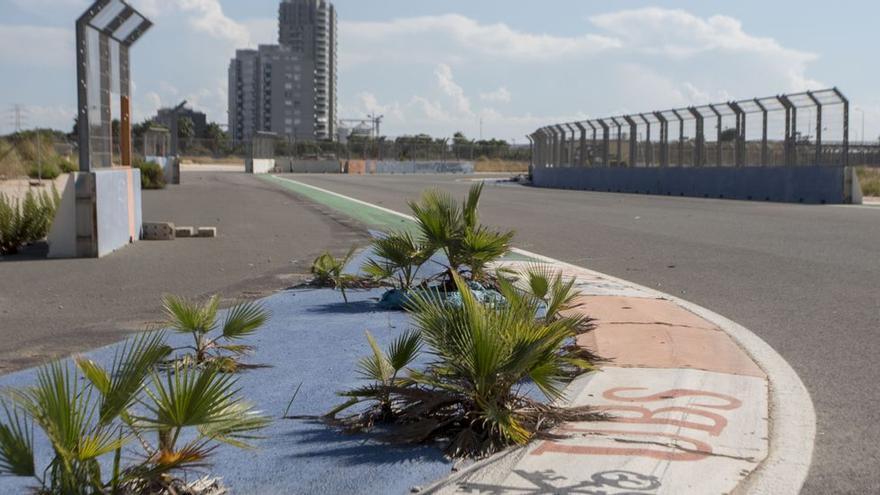 The confrontation is one more in a list of many that is usually experienced internally between government partners, but that sometimes jumps from Administration to Administration. Yesterday the protagonists were the second vice president of the Consell, Héctor Illueca, from Unidas Podem; and the deputy mayor and head of Urban Planning, the socialist Sandra Gomez.

The trigger was a statement from Illueca in which it reported the start of the procedures to try to cancel the agreement that 14 years ago united the Generalitat and the Valencia City Council in the adventure of finance circuit works.

Specifically, Illueca has sent to the Consell Jurídi Consultiu (CJC) a query to explore the viability of the file in which the execution of works, on understanding, among other points, that the firm did not follow the established protocols, so the agreement may be void.

The vice president of the Consell also wants the consistory to return to the regional coffers the 38 million that contributed to the works, a requirement that made the municipal manager of the PSPV jump almost immediately.

Gómez reproached the Vice President and Minister of Housing for entering this matter as an “elephant in a china shop” and warned him that with his management he can “smash” other people’s work.

The apple of discord is the collaboration agreement signed on September 28, 2007 between the Valencia City Council and the Generalitat, through the Managing Body of the Transport and Port Network of the Generalitat Valenciana (GTP), by virtue of which Payment for the works and infrastructures was anticipated by this managing body for an initially planned total of 38.5 million euros.

Also Read  Are grandparents right when they say that joint pain is caused by moisture?

Since then, the Generalitat has paid 7.5 million euros per year, money that Illueca wants to recover to “allocate for the most vulnerable people,” according to the statement issued.

In its consultation with the Legal Department, the Second Vice-Presidency recalls that the Generalitat has not been “compensated” of the amounts of money that you advanced, so you want to know how you should demand the Valencia City Council reimbursement of the advance regardless of whether the agreement is canceled or not.

Paradoxically, it is the Formula 1 promoter himself, Francisco Camps, who dusted off this issue that has not been solved for years. In fact, in the Housing statement, Illueca makes mention of the requirement that last May presented by registration of entry in the City of Valencia in which he urged the consistory to recover the 43 million euros invested in the works of the Formula 1 circuit, and do so through a fee applied to the owners of the Grau sector. In addition, Camps presented another letter to the Valencian Housing and Land Entity (EVha) for the public entity to demand payment from the Valencia City Council.

The Second Vice Presidency maintained that it has been detected a “series of irregularities” which could lead to the declaration of nullity of the agreement, given that the procedure carried out for its signature “did not follow the established protocols”, among other reasons, because the people who signed the agreement by the Generalitat “did not have the powers to do so ».

Specifically, they detail that the agreement was promoted and signed by the president of the public entity, but not by the administrative council of the same body that was the one who had powers in the matter. Housing also speaks of violation of the urban law.

The “empastre” of the PP

The Housing statement generated an angry response from Deputy Mayor Sandra Gómez for whom Illueca’s request to annul the agreement “it does not make any sense”. Gómez asked the minister to listen first to the people who have been working for years “to solve the problems inherited from the PP before going into the issues like an elephant in a china shop.”

“I understand that you want to try to make your own mark,” he pointed out and threw him in his face that he tried “throw the ball from one roof to another” when it comes to public administrations and not companies.

“The issue of the old agreement on the PAI del Grao is being discussed and negotiated by the city council with the owners to negotiate the urban charges “, Gomez maintained and insisted that nullity is not legally viable.

The socialist asked the head of Housing to “sit” with the city council to explain the steps they have taken at this time “to resolve this great impasse that the PP left us.” “Calm, prudence and a lot, a lot of dialogue with those of us who have been in management for many years“, he reiterated.

Illueca replied to Gómez that the consultation was public knowledge since Dalmau announced it in August and defended the procedure before the Jurídic: “A responsible government cannot leave in a drawer a file related to an agreement with alleged irregularities “, added.