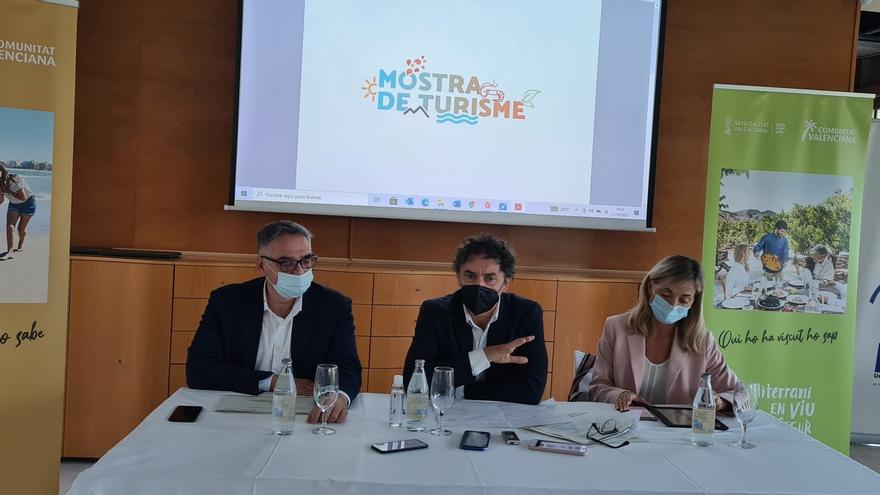 The regional secretary of Tourism, Francesc Colomer, has presented the third edition of the ‘Mostra de Turisme de la Comunitat Valenciana’, a contest that will be held at the Ciutat de les Arts i les Ciències next weekend. Turisme has organized the new edition of the Mostra de Turisme with the aim of maintaining the seasonal adjustment and increasing tourism from the Valencian Community itself. In this line, the person in charge of Turisme has indicated that “the Tourism Show it is the exaltation at 12 months of the year, emphasizing the seasonal adjustment “.

Colomer explained that in the Mostra de Turisme “the fundamental purpose is the Valencian market, which is now the structural pillar of the volume of dynamics generated by tourism in the Region “and has influenced the fact that” the latest statistics show an important figure, since Valencians account for almost the 60% (59.8) of national tourism, a trend during these long months of the pandemic but which we think is a line of work that will last in the coming years. ”

Regarding the design of the stand, the owner of Turisme has indicated that “we maintain the aesthetic language of the other editions two editions “. Thus, the same image is maintained to create a recognizable brand identity that generates differentiation, reputation, prestige and loyalty. Colomer wanted to thank the effort made by the tourism sector and highlighted” the verification of the promotional presence, it is a moment of illusion “and he added that” the sector emerges as the great hope within the economic structure of the Valencian Community “.

Regarding the distribution of spaces, it is worth highlighting the Mostra de Turisme has an exhibition area of ​​3,000 square meters, and both the interior and exterior areas of the Hemisfèric have been used. Thus, in the outdoor area will be located the space of ‘showcooking’ of 105 square meters where first level Valencian chefs will show the gastronomic offer of the Region. Also outside, located on the lake, will be the stage where different performances and presentations will take place. It will be accessed through a platform on the water and will be visible from multiple locations in the city of science.

The interior area of ​​the Hemisfèric will be located with the representation of the main tourist brands of the Valencian Community in a specific space that allows them to reinforce their presence and notoriety within the event.

In addition to the area of ​​tourist experiences, the protagonist of the Mostra, with an area of ​​more than 900 square meters, consists of 129 counters for companies and tourist associations of the Valencian Community. These counters go around the exterior of the Hemisfèric grouped by themes or products of the Valencian Community: cultural, active and natural-rural Mediterranean.

During the presentation of the Mostra de Turisme, Francesc Colomer explained that “during this last quarter of the year, we have scheduled a intense calendar of actions promotional, both in the national and international markets “.

In this sense, he recalled that from Turisme “we have been resuming face-to-face promotions at the main international fairs since these actions have been made possible”. Thus, the first international fair that has been held after the health crisis caused by the Covid pandemic was FITUR in Madrid, where the Valencian Community participated with a more digital approach. Specifically, during the last quarter of 2021, about 30 face-to-face actions have been scheduled in 10 issuing markets to maintain direct contact with agents and specialized media.

In this way, Turisme Comunitat Valenciana participates during these months in 16 fairs and promotional events, of which 13 are held in the national market (Expovacaciones de Bilbao, BIME PRO in Bilbao, the Fair of All Saints of Cocentaina, Valencia Boat Show, iNTUR in Valladolid, Aratur en Zaragoza, IBTM World held in Barcelona, or the next Valencia Bike’s and Gastrónoma events to be held in Valencia).

In addition, during these last months of the year, promotions have been resumed in the international arena, where Turisme CV’s attendance at the IFTM TOP RESA fairs in Paris, International Golf Travel Market (IGTM) held in the United Kingdom stands out, in addition to the World Travel Market which will take place next week.

The face-to-face promotion is also reinforced these months with the participation of 10 familiarization trips for media and market operators such as France, Germany, United Kingdom, Belgium, Czech Republic, Italy or Poland; in addition to the organization of different Workshops in Valladolid, Zaragoza, Barcelona or Valencia