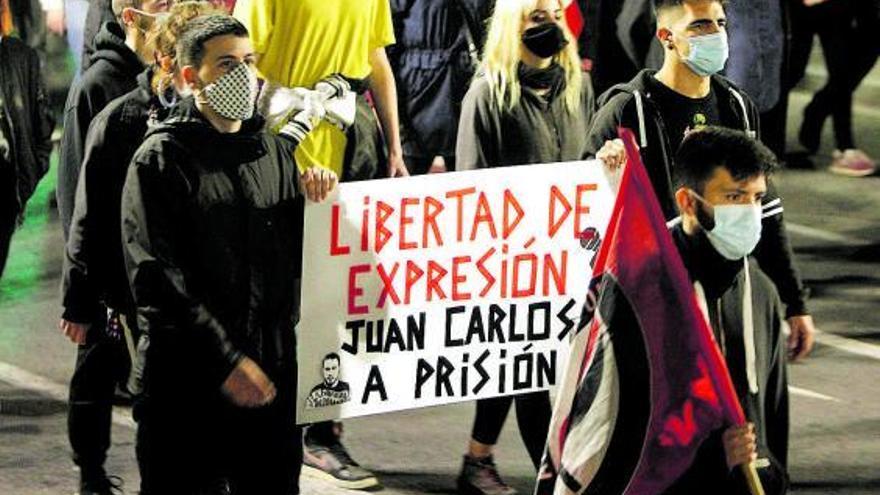 The Commissioner for Human Rights of the Council of Europe, Dunja Mijatovic, has sent a letter to the Minister of Justice, Juan Carlos Campo, in which it celebrates the Government’s plans to reform crimes related to freedom of expression and urges you to limit certain criminal offenses, such as the glorification of terrorism and insults to the Crown, to avoid “unnecessary or disproportionate” punishment.

Although not expressly, Mijatovic alludes to the case of rapper Pablo Hasel by drawing attention to the fact that “in recent years an increasing number of criminal sentences have been handed down against artists for controversial songs and others’performance‘, and against activists on social networks for statements considered offensive, ”based on the crimes of glorifying terrorism and insults to the Crown.

In the letter, dated March 11 but released this Monday, the commissioner conveys to Campo her concern about certain articles of the Penal Code, arguing that “Have a negative impact, even a deterrent effect, on the exercise of freedom of expression”. In his view, “the crime of exalting or justifying terrorism” appears to be “problematic due to its ambiguous and imprecise language“, Emphasizing that this” lack of clarity “has generated divergent and even contradictory interpretations.

Likewise, Mijatovic also focuses his attention on crimes of insults to the Crown to point out that “a prison sentence for a crime committed as part of the political debate should be compatible with freedom of expression. only in exceptional circumstances, when the speech contains calls for the use of violence or constitutes hate speech ”. In this sense, the commissioner claims that “the limits of admissible criticism of politicians, representatives of the authorities and other public figures are broader than those of the average citizen” and, consequently, should have a “higher degree of tolerance ”.

Similarly, regarding the excessive link with hate crime, Mijatovic recommends restricting it to cases prohibited by International Law, that is, “expressions of hate based on xenophobia, anti-Semitism and other forms of hatred based on intolerance that constitute incitement to discrimination, hostility or violence ”.