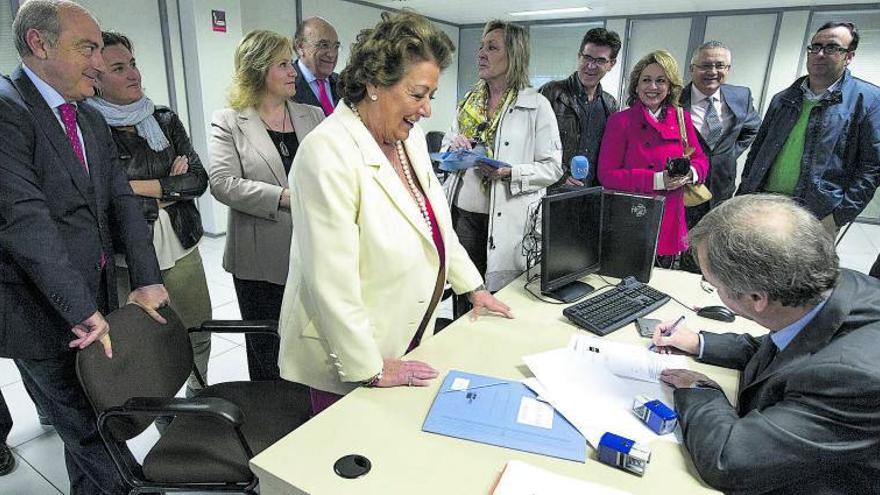 The fourth section of the Audiencia de València overthrew yesterday after almost six years of instruction the cause of the alleged “smurfing” or money laundering in small amounts for thirteen former councilors and former advisers of the PP of the Valencia City Council who, until yesterday, were facing trial oral, which will no longer be held. The sentence is final and there is no longer any recourse.

The five councilors whose legal representation directed by Manuel Corredor have obtained the file are former councilors María Jesús Puchalt, Francisco Lledó Aucejo, Vicente Igual Alandete, Silvestre Senent Ferrer and former advisor María Dolores Cubells Fuertes. In addition to this appeal, the ex-councilors Lourdes Bernal Sanchis, Félix Crespo Hellín and Beatriz Simón Castellets, together with the ex-advisers Juan Pedro Gómez Cerón, Ignacio Pou Santonja, José Navarro, Andrés Rodríguez Guisado Bolinches and Manuel Mas Gaspar. In the coming days, the rest of the resolutions will be known that will also follow in the wake of this first order and will file the case for the rest of the appellants regarding the “smurfing”.

The magistrates of the fourth section who have shelved the smurf are Pedro Castellano (speaker), José Manuel Megía and Isabel Sifres.

The main reason why the fourth section of the Audiencia de València files the case of the alleged “smurfing” is because the three magistrates consider that “in no way can it be sustained beyond the space of mere suspicion, that the appellants received the money filthy proposed and consummated with this action the typical unjust characteristic of the accused crime ”, in relation to money laundering.

The magistrates consider that there is no relationship between the alleged money in “B” that Alfonso Grau handled in the electoral campaigns of 2007 and 2011 and that which was allegedly returned to the exediles and former advisers in the 2015 campaign. “It is contradictory [decir] that money [del presunto pitufeo] would come from the alleged criminal acts committed by Alfonso Grau “to later affirm that,” in the 2015 electoral process, Alfonso Grau did not intervene in operations such as those described above in order to finance electoral spending by the group itself and outside of the licit channels of the Party’s accounting ». In fact, Grau is being investigated for embezzlement and bribery in the 2007 and 2011 elections, but not for the “smurfing” of 2015. Hence, the magistrates consider that “the handover to the municipal group is badly pitied [del PP] of money faithfully kept for four years, after having ostensibly broken relations with him (…) on the occasion of the Noos case and [tras] the resignation of all its responsibilities in the run-up to the electoral campaign »of 2015.

Regarding the evidence that underpinned the instruction, the court order disassembles them one by one. The two conversations of the WhatsApp group of various advisers in which they spoke about the return of the donation of one thousand euros in two 500-euro bills “contains generalities regarding the collection of black money”, but “does not distinguish a single name or the action concrete of receiving the sum of the thousand euros in bills of five hundred ». Regarding the witnesses who refused to collaborate with the “smurf” and declared the practice to be “obvious in view of the actual donation confessed and documented with documentation.” Finally, the Civil Guard recording of María José Alcón in which she admitted the money laundering “is nothing more than the confession of an assumption, without mention of a specific person and subsequently rectified before the judge.” And the anonymous complaint in the Public Prosecutor’s Office “has no value whatsoever according to reiterated jurisprudence.”

After knowing the file car, the president of the PP of València, María José Catalá, was very satisfied because “today justice has been done” and lamented the “suffering that our colleagues have had to go through during these six years and the times that the work and legacy of Rita Barberá and her team have been questioned ».

The mayor of Valencia, Joan Ribó, pointed out that “we don’t like the car” because “public funds” were used in the electoral campaigns and it meant “playing with an advantage” for the popular ones. And he regretted that the judicial process on the “pifufeo” has taken “five years” to assess, which has meant “a punishment.” If the file was to be decided in the end, he added, it should have been decided “much earlier,” he lamented.

The lawyer who has obtained the first order to file the case of the alleged “smurf” committed by the popular municipal group of the Valencia City Council is the lawyer Manuel Corredor Sanchis, a historical PSPV-PSOE who was mayor of Sedaví from 1979 to 2007 Corredor was the one who filed the appeal on behalf of five defendants to which four lawyers from eight more defendants joined.