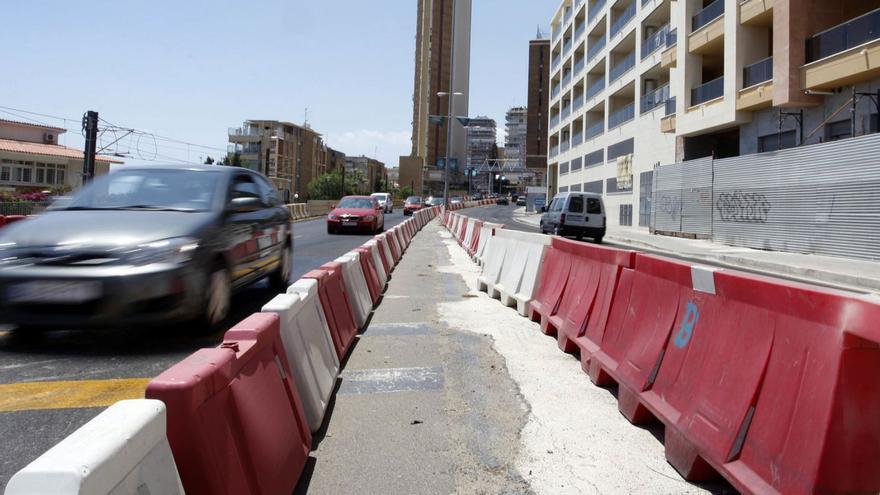 For the first days of next 2022, the Alicante Court has set the trial for the alleged fixes in several of the works that were undertaken in Alicante under the umbrella of Plan E, a set of measures launched by the Zapatero Government in 2008 to promote the economy in a context of crisis caused by the bursting of the real estate bubble.

Eight of these projects have been under the scrutiny of the Justice for more than a decade due to the suspicion of collusion between an official of the Alicante City Council and two of the businessmen who were awarded contracts. An issue that ended up splashing Andrés Llorens, then the political head of the area, vice-mayor with the former president of the PP Sonia Castedo and today retired from politics. It will be the second time that Llorens faces criminal proceedings. In the previous one, due to irregularities in the award of some works in the Magallanes square, he was acquitted when the court understood that he had acted “in favor of the neighbors.”

In the process of Plan E, the Anticorruption Prosecutor’s Office accuses of prevarication and asks for four years in prison for each of the four defendants: in addition to the former councilor for Urban Attention, the official José Lidón, as well as those then responsible for CCMS and Becsa, both companies that executed the infrastructures under suspicion, Javier Álvarez and Juan Manuel Valdivieso, respectively. The first two as material authors while the entrepreneurs are considered necessary cooperators.

Between the two mercantile companies, works were awarded whose budget amounted to 7.3 million euros. The prosecutor Felipe Briones considers that there was collusion between the municipal technician and the two businessmen to distribute the contracts and estimates that the damage to the City Council was 1.6 million.

According to the account of the events made by the public prosecution, the Becsa company drew up the specifications for the projects that the defendant municipal technician later signed as their own, “resulting in Becsa the final winner and CCMS, the subcontracted company.” The prosecutor maintains that this irregular action took place “within the framework of an agreement with members of the Alicante City Council”, where he places Llorens and the accused official.

The accuser points out that Llorens was the one who signed all the tenders under suspicion and that his council was the one that managed the works. In the indictment, he also enters into the links of a brother of the councilor with the company that executed one of the most expensive projects: the installation of 140 underground containers in the old town and other neighborhoods of Alicante and whose amount exceeded three million euros. euros. The former vice mayor’s brother worked both for the company that manufactured the containers and for CCMS.

Briones asserts that the official was the person who was really behind the commercial CCMS and that he put Javier Álvarez in front of it as administrator in order to contract with the City Council. This company began its operations on March 7, 2006 and, according to the indictment, its main source of income was the Alicante City Council, with whom it obtained a total business of 3.4 million between 2006 and 2010, a much higher amount than the amount that it invoiced to the rest of its clients.

The Prosecutor’s Office maintains that some of the investigated works were awarded directly to CCMS in procedures in which Llorens was the councilor and Lidón, the technician. These works were: the works to adapt the median of Villajoyosa avenue in Albufereta for 246,269 euros; the refurbishment of the Canalejas park for 359,728.57 euros; the renovation of the Plaza de Altozano, for 369,732.63 euros; the partial maintenance service of public roads for 1.7 million, work that was awarded to a Temporary Union of Companies, formed by Enrique Ortiz e Hijos and CCMS; and finally the works for the evacuation of rainwater in Avenida del Pintor Pérez Gil, for 115,000 euros.

The other group of works under suspicion were awarded to the commercial company Becsa, which in turn were subcontracted to CCMS. These projects were the partial renovation of the pavement of the Esplanade, for 597,269.07 euros; the reform of the Plaza de la Montañeta, for 1,038,497, 41 euros; and the installation of 140 underground containers in different streets of the city and whose amount exceeded three million euros. This project was executed in two parts, the first in 2009 and focused on 40 containers in the old town and some squares of the city. The second, another 100 containers in other streets of Alicante. The prosecutor estimates that the damage to the municipal coffers for these awards was 1.6 million euros “as equality in hiring is vitiated.”

In addition to the prison, the Public Ministry requests eleven years of disqualification for employment or public office from the exedil and the technician. Entrepreneurs, to be disqualified for six years to be able to receive subsidies or to be able to contract with the Public Administration.

The oral hearing begins on January 10 before a court made up of Montserrat Navarro, Dolores Ojeda and José María Merlos, who will be the speaker.