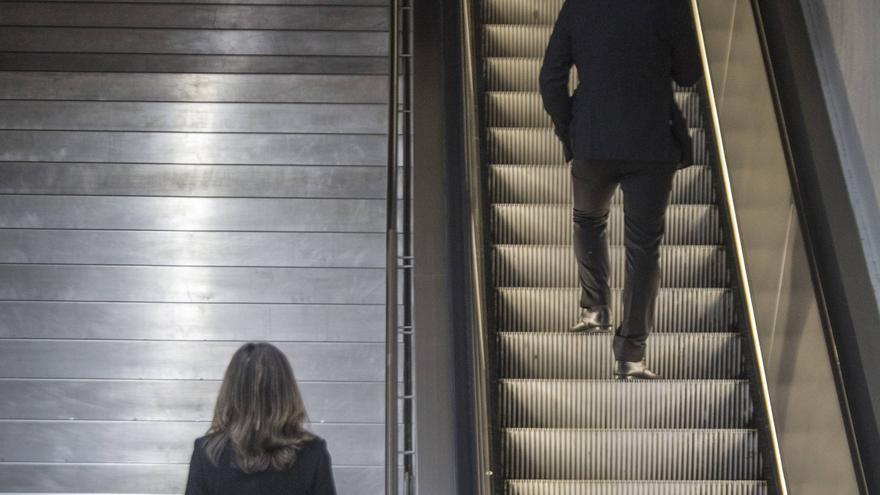 Official figures show this gender gap from a labor perspective: women suffer a lower activity and employment rate than men, as well as a lower rate of employment. higher rate of unemployment, partiality, salary and inactivity. Not a positive figure for the female sector. Despite the fact that there are more women of working age than men, the female activity rate (51.5%, in the last quarter of 2020) is lower than that of men (62.7%), as is the employment rate (40.3% women and 51.7% men). A year earlier, the data was two to five points better. The covid took its toll. Among those who work, the situation continues to be one of inequality compared to men. This is reflected in the affiliation to Social Security, where the partiality and temporality of contracts that have the face of a woman is evidenced. In full-time permanent contracts, men win by a landslide, while women top not very positive lists such as part-time permanent contracts, discontinuous permanent contracts and temporary part-time contracts.

And, in addition, the salary where there are also differences between genders: «Horizontal segregation or is another of the gender gaps that persist over time. In the Valencian Community, women are mainly employed in those sectors that are the lowest paid and socially valued, which accentuates the gender stereotypes that continue to exist regarding the choice of academic training “, points out Consuelo Navarro, general secretary of CC OO in l’Alacantí-les Marines, who also affects the burden it has placed on women telework in 2020: «Among the 80,500 people who telework in the Community, telework is a tool more used by women (53%) than by men (47%), even when it is done occasionally, as 56.5% They are women and 43.7% are men. This can represent a double-edged sword. In the same way that bias in hiring is not voluntary for women, teleworking will not be either and will continue to widen the gap and the burden of care exclusively for women.

For Yaissel Sánchez, general secretary of the UGT in l’Alacantí- la Marina, that the highest share of covid infections has occurred among women It is not the result of chance, but of situation of labor inferiority of the female gender: «The data say that the profile of the infected person is a woman between 30 and 49 years old. Why? Because they have been more exposed during the pandemic, because the presence of women is concentrated in frontline jobs, such as cleaning, the health field in its broadest perspective, the food sector … All these jobs have faces of woman. Added to this situation is the greater burden of caring for dependents in the family environment, which continues to fall on women in a very high percentage of families. Thus, the pandemic has done nothing more than highlight inequality. For the UGT leader, the European funds announced for promote reconstruction after The crisis caused by the covid should serve to implement plans “with gender mainstreaming to reverse employment discrimination against women. And there the social part, the business and the administrations must go hand in hand “.

The president of CEV Alicante, Perfecto Palacio, who is committed to pvalue the path traveled and emphasize the importance of moving forward. «We are taking increasingly important steps towards an equality that has to come. The importance of women in the productive fabric is increasingly important but it has to be even more important, ”warns the provincial leader of the Community Business Confederation, who underlines the importance of focusing efforts on the entire spectrum of the labor market: “Unfortunately, there is still inequality in both the most precarious jobs and the highest positions in the company. And it is undeniable that women bring a strategic vision to the company.