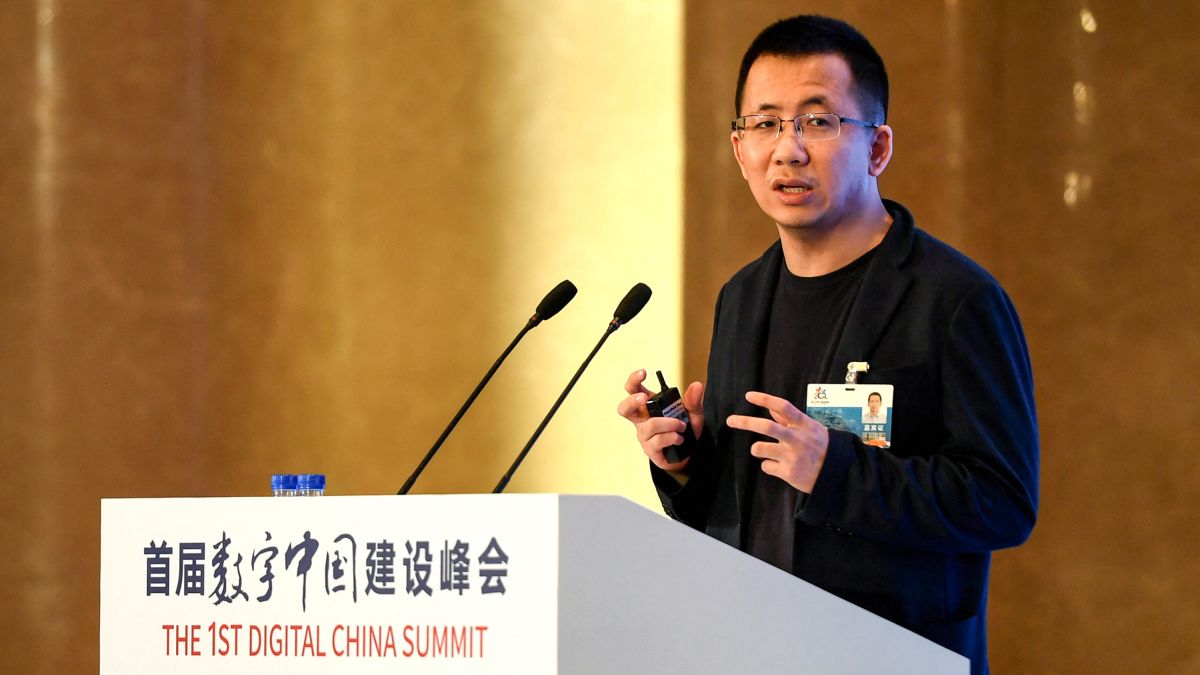 TikTok was one of the most valuable entrepreneurial companies in the world in 2019 and since that time it has only grown by leaps and bounds.

TikTiok, the short video app, became very relevant in these times of pandemic as people began to use it for fun while it was in quarantine, both making videos and watching them.

Due to the millions of people who use it daily, it is no wonder that the creator of this platform, Zhang Yiming, has made a huge fortune..

Yiming is the founder of the company ByteDance, which is the parent company of TikTok. This app has helped Yiming accumulate a fortune of $ 44,000 million, and he is currently the 30th richest person in the world. It should be noted that his great wealth has increased by $ 28,000 million from March 2019 to date.

TikTok was the most valuable entrepreneurial company in the world at the time and since then it has only grown by leaps and bounds.

Despite the success of your company, Zhang just announced this week that he will step down as CEO of ByteDance to have more free time to read books. and, in his own words, “daydreaming.”

Officially, the letter he sent to the employees read:

“The truth is that I lack some of the skills that make an ideal manager. Similarly, I am not very social, preferring solitary activities such as being online, reading, listening to music and daydreaming about what may be possible, ”as reported by Techcityng.

Yiming will step down later this year. Liang Rubo, co-founder of ByteDance and director of human resources will become the new CEO.

ByteDance was founded in 2012 and is the first Chinese Internet company to have a truly global presence. TikTok has given the company a level of success and cultural influence that no other Chinese tech company has been able to achieve outside of China.

Yiming has faced a lot of pressure over the last year, not only within China, where censorship laws are severe, but also from governments around the world..

It should be remembered that it was not so long ago that former President Donald Trump, when he was still in office, threatened to close the entire platform. Likewise, India banned TikTok last year, saying it was doing so for national security.

On the other hand, within China, officials are taking a closer look at the business practices of the largest and most successful companies, including TikTok.

What stands out most about Yiming’s letter is his complete sincerity in accepting that he is not the right man to run the company.

What would you do instead? Would you stick with the successful company you created or would you retire to enjoy your billions of dollars?

-You may also like: Disneyland will sell a $ 100 sandwich and it will be one of the most expensive items in the park