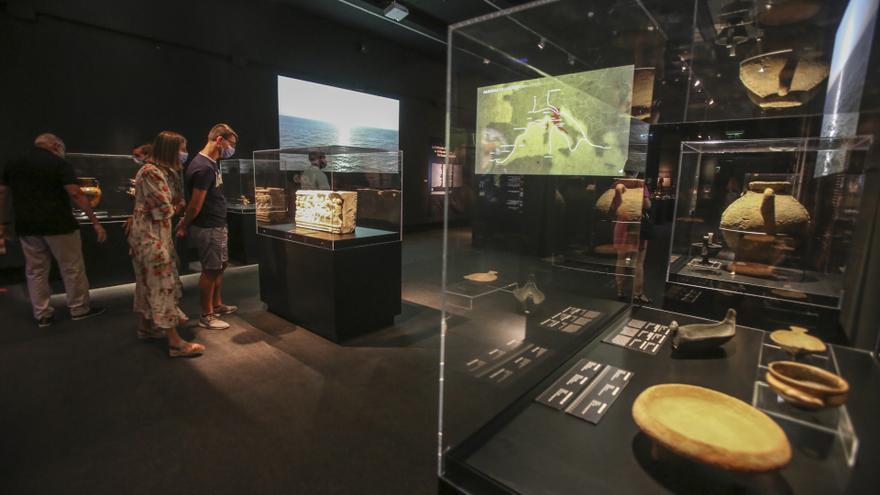 The Alicante Provincial Council has received more than 212,000 visits in cultural activities and exhibitions organized throughout the year 2021 both in the Provincial Palace and in the centers dependent on the institution. Among the outstanding events, the exhibition ‘Etruscos. The Dawn of Rome ‘has been the most visited, with more than 51,000 people since it opened in August. In total, they have gone through the MARQ more than 76,000 people last year, a figure that almost doubled that reached in 2020.

At Gravina Fine Arts Museum (Mubag), from January to December 2021 they have visited the exhibitions near 57,000 people, a notable increase compared to 2020, when a third of attendees were counted mainly due to the fact that the museum was closed for several months due to the pandemic. As of December 2020, a new period began with the remodeling of the museum space and the inauguration of new exhibitions that this year will be implemented with new proposals of international interest.

At Auditorium of the Alicante Provincial Council (ADDA) near 50,000 persons have participated in the activities included in the 2021 program. This figure is marked by the mandatory capacity limitations, which have reduced the capacity of the spaces by more than 50%, and by the suspension of the program from January to March by the pandemic. Despite this situation, 100% of the tickets have been sold and all the concerts of the season have been completed. Among the performances with the highest attendance, stands out the representation of the opera Carmen by Bizet, which they have seen near 4,000 people.

The Alicante Institute of Culture Juan Gil-Albert, for its part, has registered more than 2,400 attendees in the face-to-face activities that have taken place at Casa Bardín. Participation increases by around 20% if the monitoring achieved through online channels and all the activities held in other locations and municipalities are taken into account, which will continue this year 2022 to bring the programming to all the Alicante regions.

Also more than 27,600 people have gone through the exhibitions of the Alicante Provincial Council Palace organized from the Culture area. Currently they remain open ‘Dreams and memories’, that collects a selection of Nativity scenes, and ‘Miguel Hernández. In full light ‘, the two most visited during 2021.

The first vice president and deputy for Culture, Julia Parra, has positively valued “the great participation registered in all activities despite the pandemic situation and the restrictions, which have limited presence”. Parra is also grateful for “the great involvement of the public and the effort of all the teams, who have managed to make proposals that arouse great interest in a safe environment, with all health guarantees as a priority”.