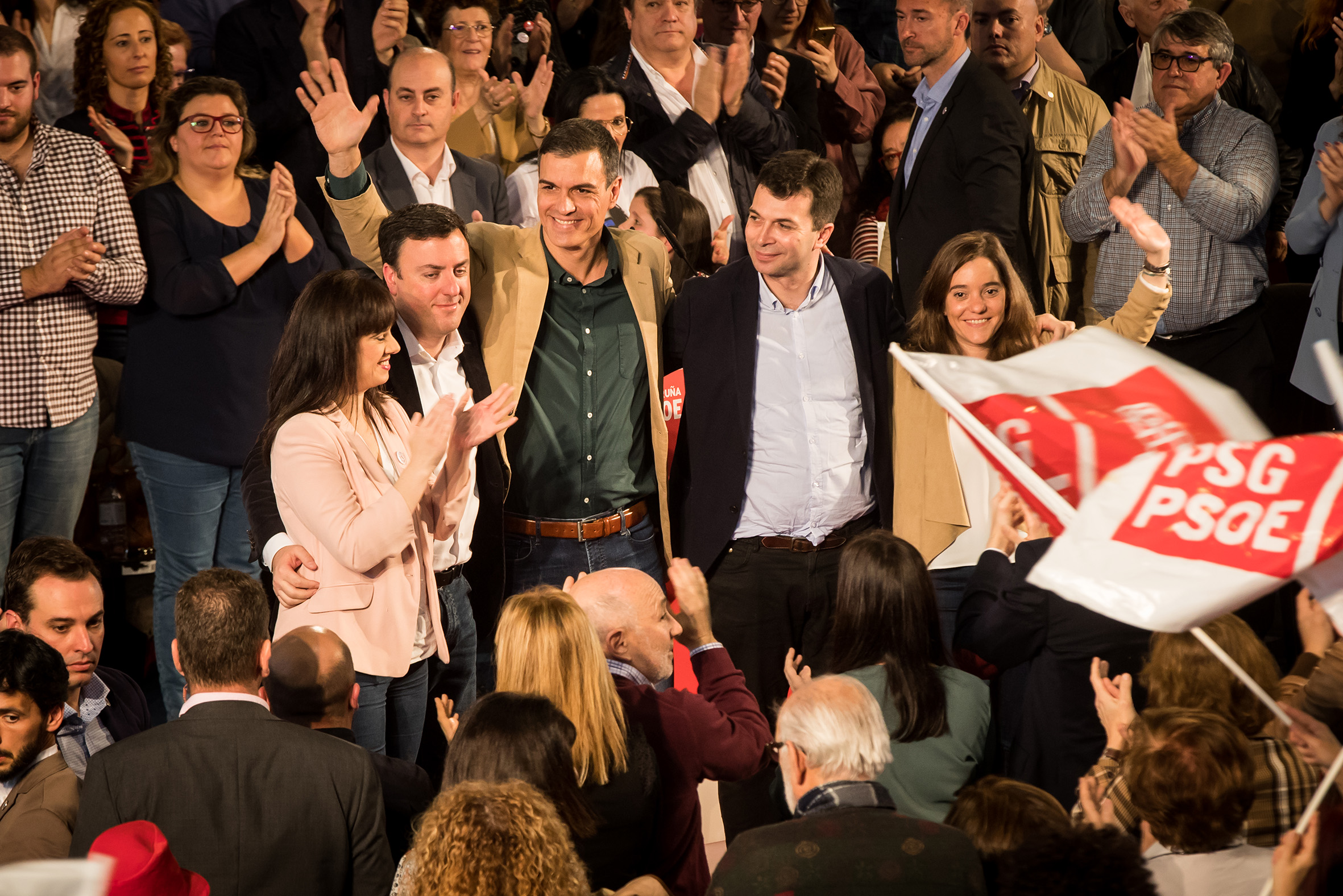 In Spain where the PSOE is in the government of 11 of the 17 autonomous communities, Galicia resists Pedro Sánchez. In the northwest corner of the Peninsula, the Socialists are the third force in Parliament. Since they lost the Xunta in 2009, they have accumulated three general secretaries and as many candidates for the Presidency of the Galician Government who have crashed against the unbeatable Alberto Núñez Feijóo (PP). This Saturday the more than 10,000 members of the PSdeG-PSOE will choose in primaries whether to continue with Gonzalo Caballero as leader or to pass the baton to Valentín González Formoso, president of the A Coruña Provincial Council and mayor of As Pontes for 14 years.

The duel has reactivated the internal struggles that have weighed down socialism in Galicia during the last decade. The PSdeG is a party with municipal implantation and its failures in the autonomous sphere contrast with the three councils it presides over and the 113 mayors who govern 55% of the Galician population. Since the former president of the Xunta Emilio Pérez Touriño there has been no regional leader who has managed to appease the different and changing factions that make up the party.

A truce reigned between the socialist families after Caballero’s arrival to the general secretary in 2017. This economist, disconnected from the party apparatus, managed to defeat the candidate supported by the most prominent figures in the PSdeG, including his own uncle, Abel Caballero , which in these primaries has sealed a pact with him. Peace was maintained until the autonomic elections of 2020, fueled by the good prospects in the race to the Xunta that were drawn by the 2019 electoral appointments. In the general elections of April and in the European elections, the PSOE won for the first time in Galicia. In the municipalities, he regained the mayoralties of A Coruña, Santiago and Ferrol, sweeping once again in Vigo.

But the pandemic arrived, the political board was overturned and the autonomic dreams turned into a nightmare for the socialists. The PSdeG was overtaken by the BNG and lost more than 270,000 votes of the 525,000 it had garnered in the general elections. Caballero, head of the bill at that date, now tries to continue leading the game, but a rival has emerged. Valentín González Formoso, who, in addition to the Coruña County Council, leads the party in that province and has the explicit support of the mayors of A Coruña and Lugo and the councilor of Ferrol.

The result of the primaries is open because the local PSdeG groups are governed by dynamics that are very difficult to control and predict, various party sources agree. The Caballero team assures that training is played in these votes not only by leadership but also by the “organic and ideological” model. They assure that the candidate for re-election, who has toured the local groups in the campaign at the rhythm of the Bella Ciao, is “a supporter of clear social democratic left policies” and argue that “you can not turn everything upside down” after each regional election appointment. They oppose Formoso as “a man from the business world, not because of his professional but political background.” They consider him “more in favor of public-private collaboration” and “of getting along with certain economic interests.”

The shadow of Besteiro’s return

From the Formoso team they defend that their candidate “connects with the message of unification of the party” that Sánchez launched in the recent Valencia congress, because after winning the provincial primaries he comfortably integrated his rivals into the leadership. They claim that Caballero “has not established himself” as a leader “due to his level of interference,” for example, in the preparation of electoral lists. And they affect that it does not have the support of four of the five socialist mayors of the cities: “This is not how you can build a PSdeG.”

The noise of sabers within Galician socialism was made a roar even before the primaries were called. The PSdeG Organization secretary lit the flame when he published, in the heat of August, an article in the newspaper The Progress of Lugo in which he blatantly accused Formoso of conspiring against Caballero. And to do so in alliance with Xosé Ramón Gómez Besteiro, the former secretary general and candidate for the Xunta who had to resign just a few months before the 2016 Galician elections, after accumulating 10 legal charges.

Formoso’s supposed intentions to recover Besteiro as the headliner of the next regional elections after the filing of almost all his accusations have centered part of the primary campaign. He limits himself to publicly admitting that the former general secretary of the PSdeG is “a personal friend who was treated unfairly.” “He stood out politically and there was a very clear strategy of overthrowing him in ways that are not democratic,” he wielded during the campaign in reference to his accusations of alleged corruption. Currently, all but one of the charges have been shelved. Sources from the Formoso team acknowledge that they have his backing, they recall that in his day he was also an important support for Pedro Sánchez and they assure that five years after his resignation he continues to be “well valued, seen and heard by Ferraz”.