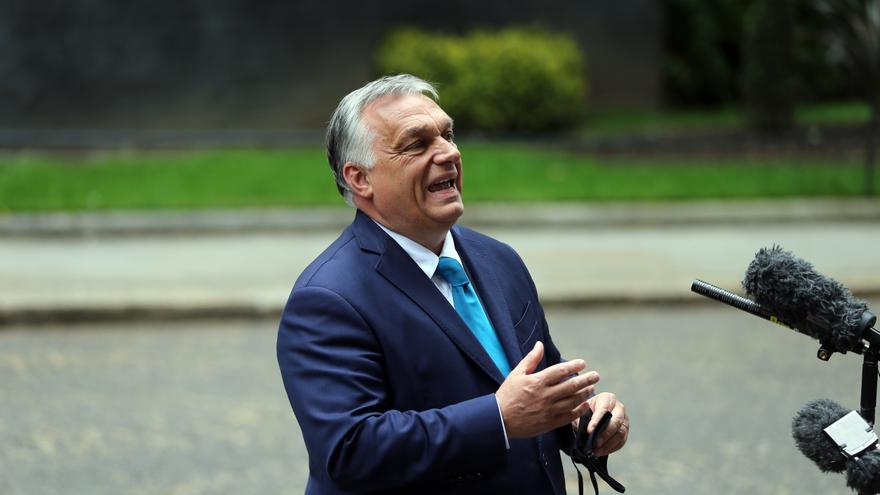 The leader of the Fidesz party and Hungarian Prime Minister, Viktor Orbán, you have embarked on a dangerous path not only for your country, but for the future of democracy In the continent.

Orbán denies that there is “A unit of European values”Therefore, therefore, there cannot be “the political union” to which some in Brussels aspire.

The Hungarian politician compared the community capital to Moscow when the Warsaw pact and says that his country will never bow to the dictates of the Brussels bureaucrats.

The Budapest government has enacted a law that prohibits informing minors in schools of issues related to homosexuality or sex change.

According to Orbán, there is no consensus on European public opinion on whether it is better to live in “a binary world (of males and females) or in a rainbow world”, in which the LGTBI community enjoys the same rights.

“Each one has his truth,” he says, in a phrase that is very similar to what Trump’s apologists hold about the existence of “alternative facts.”

The head of the Hungarian Government therefore denies the right of “Germans, Belgians or Dutch” to interfere in the education of the children of citizens of their country.

But the problem that Orbán’s undemocratic drift presents is not only related to with homophobia, with this being serious, but also with corruption and its democratic deficits in other areas such as freedom of the press and justice.

Thus, the attorney general of the country, Péter Polt, He is one of the founders of Orbán’s party, who also got rid of 15 percent of the country’s judges, simply raising the retirement age.

Orbán has also handed over twenty-one universities to opaque institutions and placed some of his faithful, including two ministers of his Government, in the presidency of his control unions.

All of this is what has finally led to the european commission to threaten Budapest with withholding the 7.2 billion euros of aid requested within the framework of the European reconstruction program.

The President of the Commission, Ursula von der Leyen, assured Parliament that these reconstruction plans must always be accompanied by a rigorous system of controls.

The Commission is examining the supervisory structures and the measures they may have taken the different governments against corruption and fraud because “in the end they are European citizens who pay ”.

In the specific case of Hungary, the Commission denounces “systemic irregularities” in the awarding of public contracts as well as the shortcomings in the fight against “corruption at the highest level”.

Former Romanian Prime Minister and current Chairman of the Liberal Group of Parliament “Renew Europe”, Dacian Ciolos, described the suspension of aid to Hungary as a step in the right direction.

“It is not about punishing Hungary, sino a Orbán, said Ciolos, who already last week asked von der Leyen not to release the funds destined for the Central European country until the Government of Budapest did not take certain measures.

Among these, he mentioned the total transparency on the beneficiaries of the aid, the judicial resolution of conflicts of interest and the reform of laws that limit freedom of the press.

Well, in the face of such a panorama, showing once again its true face, the party led by Pablo Casado has abstained in the European Parliament in a vote of condemnation of Orbán’s homophobic law.

Our PP thus dissociates itself from European People’s Party, in which it is integrated, and demonstrates what deep down it cares about Europe.