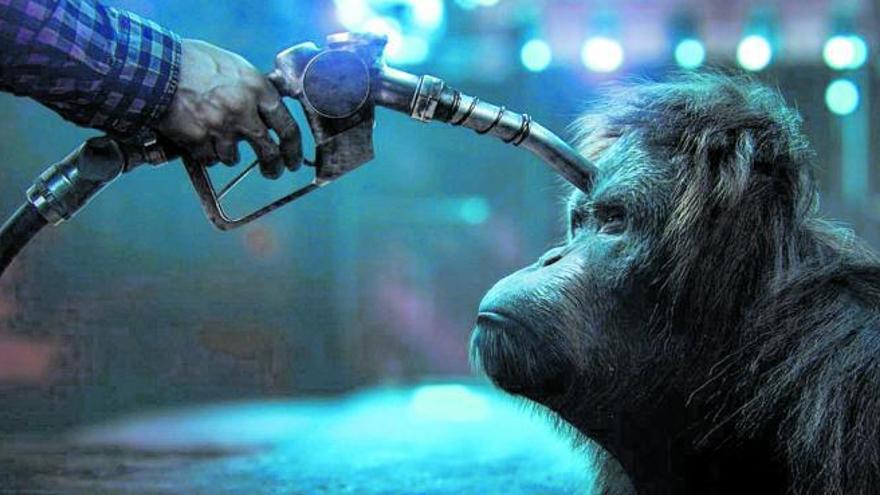 Little did Rudolph Diesel imagine in 1885, when he used peanut oil as fuel to power an ignition-compression engine, that 135 years later biofuel from palm leaf and soybeans would have become the epicenter of a worldwide controversy. This is due to the fact that, although it is a fuel with almost zero emissions in terms of greenhouse gases, its production accelerates the deforestation of the planet, especially in the great tropical forests.

The European Union, which last year considered biodiesel “unsustainable”, has begun to put limitations on this production with directives to reduce it by 2030, but in the rest of the world production is unstoppable.

Biofuels account for 90% of the increase in demand for vegetable oil, led by Brazil and Indonesia and by the aviation industry. According to a report by Ecologists in Action with data from the Rainforest Foundation of Norway, if this demand were met simultaneously, it could lead to the deforestation of seven million hectares of forests, which would produce 11,500 million tons of CO2 emissions. In other words, biofuels are clean but, in the case of palm oil and soybean derivatives, they have very negative derivatives.

The production of “bio” fuel devastates forests in America and Indonesia. GETTY IMAGES

The dark side of biofuels

Recently, the organization Transport and Environment (T&E) has published a report in which it highlights that in the last ten years the consumption of vegetable oils such as rapeseed, sunflower, soybean or palm destined for the food and oleochemical industry has been It has stabilized at about 12 million tons a year. On the other hand, to produce biodiesel, the quantity increased by 46%, from eight million tons in 2009 to 11.7 million in 2019.

T&E, one of the most prestigious conservation entities in the EU, recalls that, if the deforestation of tropical forests that is carried out to obtain biofuels is taken into account, these substances end up being 80% more polluting than traditional diesel.

In 1912, Diesel stated that “the use of vegetable oils as motor fuels may seem insignificant today, but over time it may be as important as petroleum and coal derivatives today.” He was not mistaken, but he did not calculate its consequences. It is estimated that between 2021 and 2030, 61 million tons of biofuel will be produced in the world, which represents 90% of current palm oil production. Shocking? The world therefore faces two crises: climate change accelerated by the emission of greenhouse gases and, on the other hand, the destruction of ecosystems in search of alternative fuels. A vicious cycle.

Biodiesel and other biofuels are experiencing a global boom. Led by China and India, the production and consumption data is increasing. Energy independence from oil-producing countries and environmental objectives are the two reasons for its great popularity. Especially in developing countries, where the electric alternative for transportation is not so affordable, they represent an important renewable resource. It is a cleaner fuel than regular diesel. All studies and measurements indicate that biodiesel reduces emissions of CO2, SO2, CO or HC among others, according to a report by EnergyaUVM.

As for CO2, the main greenhouse gas, it has been shown that biodiesel can be a weapon to curb this pollutant, either mixed with traditional diesel or used 100% to reduce emissions.

Some estimates, such as those of the EPA (the United States Environmental Protection Agency) estimate reductions of between 57% and 86%. These figures are consistent with other studies and simulations in this regard. Real measurements that have been collected in some countries like Brazil, which use it mixed in their transport fleets, also account for this reduction in emissions. As for SO2 (sulfur dioxide, an irritating gas in itself and very harmful to health), biodiesel does not emit it.

The reduction in carbon monoxide when using biodiesel is also significant. If we look at the data already mentioned, the tests show a 48% reduction in CO, according to Ecologistas en Acción.

But it is not a one hundred percent clean fuel either, as it emits more NOx (nitrogen oxide). On average, a 10% increase is estimated. NOx is an irritant gas that, in high concentrations, affects the respiratory tract and can exacerbate conditions such as allergy and other conditions related to our respiratory system.

The organic plants of Spain

In 1985 the first pilot plant producing this type of fuel was built in Silberberg (Austria), rapeseed oil being the raw material used. Since then, there has been a growing interest in the use of this biofuel and other complementary alternative energies, due to the collective awareness for the conservation of the environment, the commitments derived from the Kyoto Protocol, and the great dependence on oil, from the one that is inseparable the spectacular escalation of its price.

Also Read  Giving birth seemed to spell disaster for my sanity. Were my anxieties unfounded? | Parents and parenting

This situation has caused the production of biodiesel in the European Union to reach two million tons in 2018, with Germany being the largest producer, with 750,000 tons. In Spain, at the end of 2018 there were already more than 40 plants installed, with a production of the order of 185,000 cubic meters.

Neither are these national factories free from environmental criticism: «From 2013 to 2015 not a single liter of the biofuels consumed was considered renewable energy by the European Commission (EC), since the Spanish government paralyzed the verification system of its sustainability. In March 2015, the EC officially urged the Spanish Government to correctly implement the sustainability of biofuels. Subsequently, the Spanish Government put an end to this irregular moratorium, establishing as of January 1, 2016 a ‘transitional regime’ for the verification of the sustainability of biofuels and bioliquids, which is maintained indefinitely and offers few guarantees based on in responsible statements that are required of economic agents, “says the 2019 report” Bioenergy in Spain “, by T&E, Ecologistas en Acción and Birdlife.

The world, in short, faces the challenge of banishing practices that, while appearing ecological, in reality are not.

Unused organic by-products can be used to generate biodiesel, rather than going to landfills or incineration, according to one project

Apart from the use of vegetable raw materials (palm, rapeseed, sunflower, soybeans, corn, etc.), research on biodiesel is advancing in other ways. In this sense, the Technological Institute of Children’s and Leisure Products (Aiju) is going to coordinate a project to develop a pilot plant that will produce five tons of biodiesel per year from animal fat. With this initiative, in which the oil company Cepsa and the Technological Institute of Footwear (Inescop) also participate, it is estimated that the carbon footprint will be reduced by up to 80% compared to current fuels. Europe annually manages 17 million tonnes of animal by-products, which, in turn, generate a large amount of fats, a significant part of which is disposed of in landfills or through incineration. These processes pose a problem, both for the climate and for the environment, due to the emissions that are generated.

Also Read  Who is Pablo Hasél and why is he in jail?

In order to deal with this situation, the Life Superbiodiesel project has been launched, the objective of which is to produce biofuels derived from these animal waste, and methanol through a heterogeneous catalytic technology. At the head of it, is the Aiju technological institute, although they also participate in it (Cepsa), the Madrileño Institute of Advanced Studies (Imdea), the Technological Institute of Footwear and Related (Inescop), the Institute of Chemical Technology ( ITQ), Organovac and the University of Murcia.

One of the advantages of this initiative, in addition to the production of biodiesel with high added value from animal fat, is the potential reduction of 80% of the carbon footprint over conventional diesel and 35% compared to biodiesel from first generation. The project will also implement a simplified production process that avoids costly steps before and after treatment. Likewise, it will allow the reduction, at least 96%, of water consumption, using the enzymatic process developed with respect to the conventional process.

Rubén Beneito, project coordinator in Aiju, highlights that the project “will develop, test and demonstrate a novel production of biodiesel from residual animal fats based on supercritical technology and heterogeneous catalysts.” Beneito emphasizes that, in addition to being suitable for replication in the market, it will alleviate various environmental problems. “Among others (he stresses) it will help to valorise a waste of low commercial value, reducing emissions and deforestation associated with biodiesel production approaches and replacing mineral diesel in transport vehicles, which in turn will reduce emissions and it will ultimately contribute to climate change mitigation. ‘