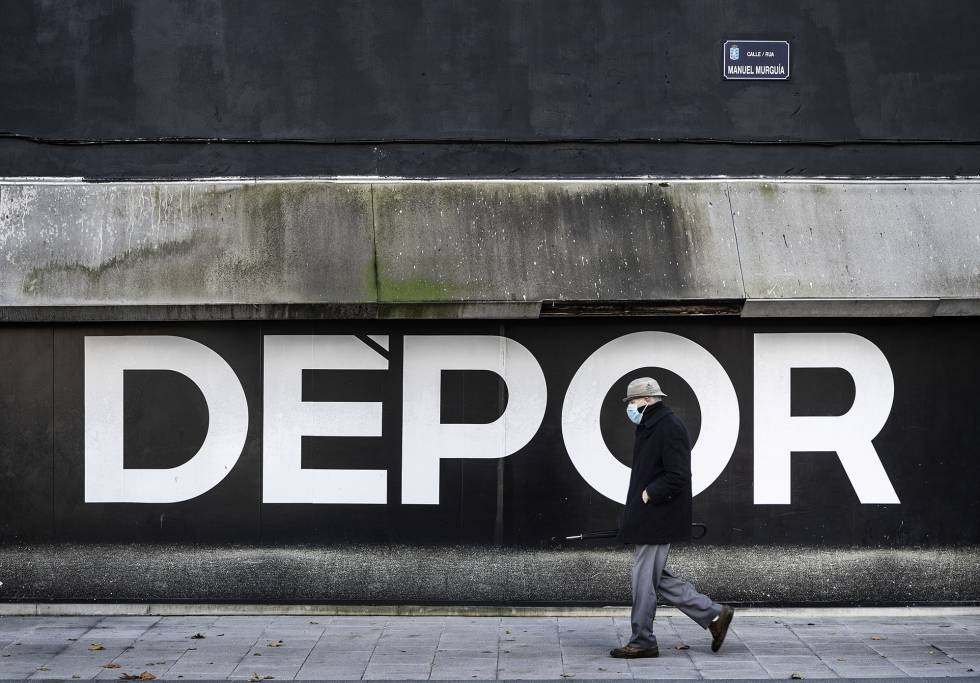 Saturday, October 3, 1992. Fifth matchday of the League. After avoiding relegation, Deportivo is leading for the first time in 42 years. Madrid, used to massive welcomes in A Coruña, is surprised by the whistles. “We started very well. The public even yelled ‘olé, olé’, something that unhinged Arsenio [el técnico del conjunto blanquiazul], but after 25 minutes we were already losing 0-2. It seemed like the end of the world “, recalls Fran, an emblematic player of that victorious Depor.

“So”, he adds, “we remember Tenerife’s comeback against Madrid [dio el título al Barcelona] on the last day of the previous championship and we shouted that we had to score soon. We went for them. They looked very scared. They were veterans like Michel or Butragueño and they were lost. ”Deportivo tied with two goals from Bebeto and, in the 80th minute, Rocha finished off a malicious cross from Fran himself: 3-2.

Had just been born Super Depor. The prophecy of the president, Augusto César Lendoiro, was fulfilled: “Barça, Madrid, we are here!”. Riazor had a hard time believing what he saw, but he needed a gesture for his heart to emancipate itself. It happened shortly before the game ended. Michel struggled with a ball boy on the wing and he ended up on the ground. “I let myself fall in a rogue plan and the public went to the skin. I almost knew it board because they believed that he had pushed me “, comments Juan Carlos Pérez, protagonist of the scene;” Michel went from hero to villain in a moment. The whistle was incredible. “It has lasted 15 years.

“When a field is bad, there is a kind of psychosis. And Madrid has not won here for a long time. I was surprised to see how impotence was appreciated in their faces,” says Manjarín, one of the fundamental pieces of that Deportivo . “The public is pushing a lot against Madrid. This game is at the height of the derby against Celta in terms of intensity in the stands and well above the duel against Barça “, warns Javier Irureta, the coach who won the only Depor League in 2000 and won the Copa del Rey in 2002. Centennial against Madrid at the Bernabéu. “Depor had wonderful teams. They took the measure of the Madridistas,” explains Arsenio.

“It is true that you saw Zidane, Raúl, Beckham or Ronaldo looking worried in the warm-up due to the history of recent years,” says Irureta. “If until last year, when we were with the rope of the descent around our neck, Madrid played fatally”, adds Arsenio.

The prop Jesús Méndez has been dressing the first team for 23 years: “Djalminha seemed tremendous to me. The more important the game was, the more he was motivated. That explains why he gave Casillas a penalty a lo Panenka“. In addition, there was Mauro Silva. He suggested to Djalminha that he do something special” to surprise them “the day a hat was pulled out of his hat. lambretta (hat heel) that left the white defense puzzled. “Raúl approached me and asked me why I was doing such nonsense. ‘You score goals, but I’m also a footballer,” Djalminha revealed in the book Fran, o neno 10.

In Deportivo there is no Mauritania; Franes, Babies ni Djalminhas. But the fans take today’s game with confidence. Against Madrid, he has only given up three draws in the last 15 seasons, has scored 36 goals and has received 10. The talk is whether De Guzmán will have to stay celibate for a year as promised if he scores again against the whites. Of course, Miguel Ángel Lotina, the current coach, warns: “I would not like the streak to break with me.”