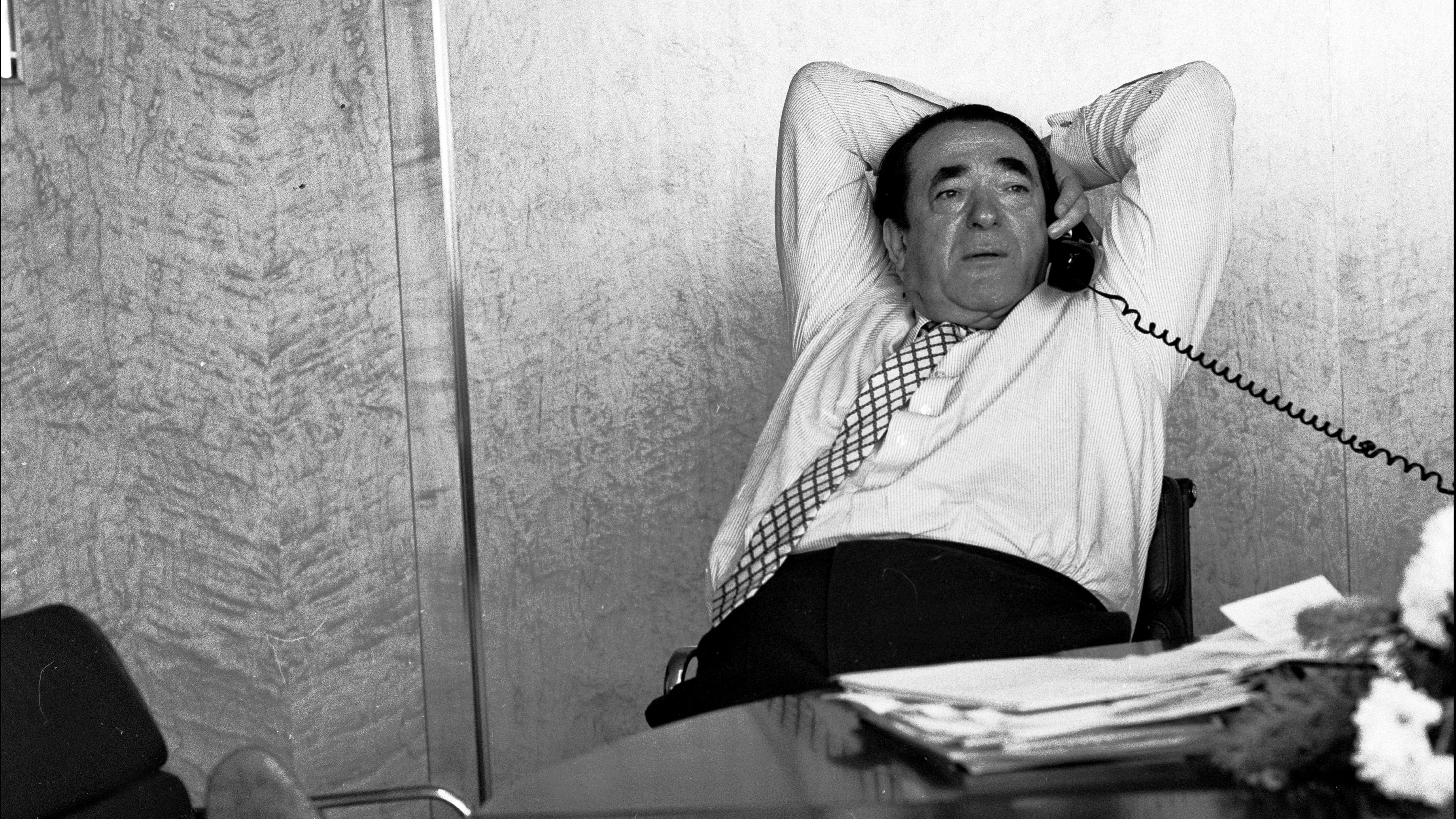 Robert Maxwell was known by an alias, Captain Bob. He was also feared for the power he wielded at will as an international press mogul, founder, chairman and CEO of Maxwell Communications Corporation, and owner and chairman of Mirror Group Newspapers. In November 1991, when he was 68 years old, he decided to take a vacation in the Canary Islands precisely when his media empire was immersed in a hurricane of scandals. Their shares plummeted, British media like the BBC and The Independent They accused him of criminal practices in the stock market and with his readers. When he died, the illegal transfer of the pension funds of his companies amounting to 373 million euros was about to be uncovered, and a book was added to these events, The Samson Optionby Seymour M. Hersh renowned journalist from The New York Times, which provided evidence that Maxwell, of Czechoslovakian and Jewish origin, was a Mossad spy. Maxwell sued the journalist and denied the espionage allegations, but had to acknowledge his involvement in arms trafficking.

On November 5, 1991, his body was found naked floating in the Atlantic Ocean 32 kilometers from Las Palmas. His body had been in the water for about 12 hours. There were not many doubts about his identity because his appearance made him unmistakable: 1.90 in height, 140 kilos in weight and a scar next to his right eye. The questions were unleashed: who would get his empire ?; What had really happened ?; Had he committed suicide or did someone push him into the sea?

Almost 30 years later the mystery continues and his story is still attractive enough to be the subject of a new biography, Fall: The Mystery of Robert Maxwell, which will go on sale on February 4 and that the British press has been dissecting in recent days, fueled by the curiosity that the tycoon was also the father of Ghislaine Maxwell, the madame accused of managing the network of minors of the pedophile Jeffrey Epstein who committed suicide in prison in July 2019.

Robert Maxwell’s death triggered a tsunami in the UK. Official condolences from world leaders began arriving a few hours later. Since then President George HW Bush, German Chancellor Helmut Kohl or the President of Russia, Mikhail Gorbachev and, of course, former British Prime Minister Margaret Thatcher or John Major himself, then head of the British Government, all praised his figure , his role and his achievements. Meanwhile, the workers of his group, as was also published at the time, agreed on another vision that soon prevailed: “It is good news, everyone is very happy,” said a source close to them. Just a month later, the headlines spoke of the collapse of their empire, of their lies, and the same people who toured the sets throwing flowers at them visited them again calling them “pig and disgrace.”

John Jackson, reporter for The Mirror, accompanied the magnate’s wife, Betty, on her flight from England to the Canary Islands. “There were no tears,” he says now, as published Daily Mail, and adds that she told him: “He would never kill himself. It is not a suicide ”. The same opinion was held by the Spanish captain who rescued him from the water: “I have taken many bodies out of the sea and I can tell you with certainty that he did not drown.” The first autopsy concluded that he had died of a cardiovascular attack. The second, conducted in Britain, found that Maxwell’s left shoulder muscles were severely torn and that he had bruises on the left side of his spine, supporting the assumption that he had fallen from the boat and hung from a cost as long as he could until the pain forced him to let go. Others joined the theory that a ship followed that of the press mogul and his assassins could sail on it, and some even speculated that he himself faked his death to disappear and that the corpse was not his.

His wife privately doubted and publicly insisted on an accidental death. His children supported the same, except for Ghislaine, Daddy’s pretty girl, who has always maintained that he was murdered. But none of the theories managed to explain why, for the first and only time, Maxwell chose to sail alone – apart from the crew – on the luxurious yacht that bore his daughter’s name, Lady Ghislaineor why he locked his cabin doors from the outside with a key that was never found. Accident, murder, suicide? Almost 30 years later, much has been written about his life, his success and his descent into hell, but no one dares to definitively consider the cause of his death.

The family murdered by the Nazis who always persecuted him

Robert Maxwell was born in Czechoslovakia and like so many young people of the time he only found out about his family’s fate when World War II ended. His mother, two of his sisters and one of his grandparents were arrested and murdered in the gas chambers of Auschwitz. Another sister, 19, was arrested in Budapest in 1944 and was never heard from again. His father is believed to have been shot to death as soon as he arrived at the death camp. Robert adored his mother who he thought was “extraordinary”, but feared his father who hit him regularly. That fear and the shame of being scared say that it never left him and that it was always present in his life. He settled in Great Britain, changed his Czech name to the one that later made him famous, and started an empire and a large family after marrying Betty Meynard, the daughter of a Protestant French businessman whom he had met in Paris. But the tragedies did not leave his life. He had nine children but in 1957 Karine, the first-born, died when she was three years old due to leukemia. Four years later, in 1961, his son Michael was in a car accident for which he was in a coma for seven years and from which he never recovered. He died at the age of 21 due to meningitis. The events turned Richard Maxwell into a severe and demanding father whom his children feared and with terrible mood swings that also affected his wife who ended up giving him a letter of freedom after almost 50 years together. She always thought that their visit to his hometown in 1978, Solotvino, changed everything. She remembered her anguish, her guilt for not having saved her family, and somehow the loss of the only woman she loved unconditionally: her mother.

Also Read  A "horrible" month looms in the US due to covid-19, says doctor