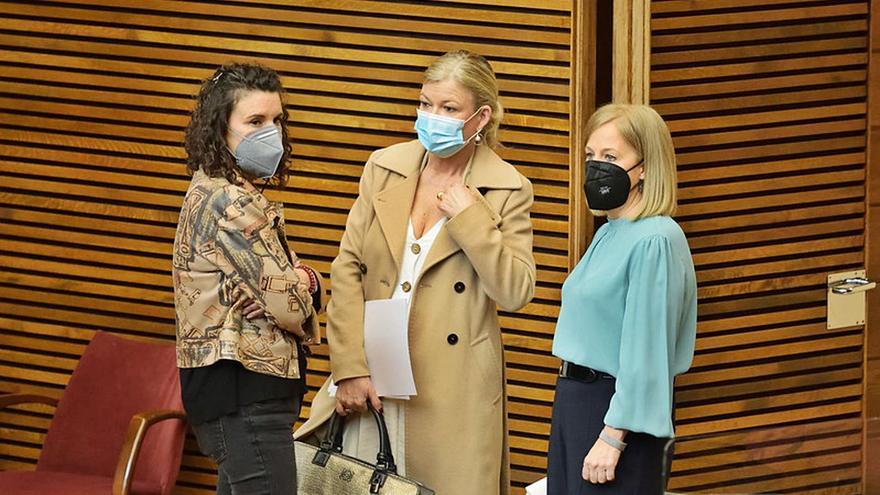 The obligation to present a Valencian qualification in order to become an employee of the Generalitat has been the most controversial novelty of the project developed in the Ministry of Justice. The text was submitted for debate in the Chamber yesterday and it will be today when it will be voted on. The approval of the law is guaranteed by the majority of seats in the left-wing coalition while the right, as a bloc, will show its rejection of the “imposition” of the co-official language and because, as they warn, it will mean that hundreds of public employees lose their position if they do not demonstrate their language skills.

It was of little use yesterday for the progressive allies to try to explain the novelties of a law designed to modernize and professionalize the Administration. The ammunition of the PP, Cs and Vox pointed towards the same objective and the linguistic requirement was the real protagonist of a skirmish without the possibility of understanding in which Catalonia was, as always when talking about these issues, very present.

Vicente Fernández, from Cs, was one of the toughest from the speakers’ platform. He accused the tripartite of promoting “the law of linguistic imposition”; He said that “they want to point the finger at those in the Administration who speak Spanish”; and even wanting to “corner them, and kill them” for not being “nationalists.” They were words that motivated the intervention of Enric Morera. He suggested that he withdraw them, qualifying the orange deputy that he did not mean killing them physically, but socially. “I hope that when there is a decent center-right government in this community, it will not take a minute to repeal this law,” he emphasized. And in similar terms the PP was expressed through José Antonio Rovira, who said that they will include this repeal in their electoral program, called those on the left “sectarian” and asserted that the requirement is one more step from Compromís to “build the nation. Valencian in a Catalan sense “, while the PSOE, he asserted,” only plays the role of a useful fool. ” What they want, Rovira said, is that “we only speak Catalan and be the southern appendix of the Països Catalans that you dream of”. José María Llanos (Vox) ruled that “no one should be forced to know a language except Spanish, which is in the Constitution.”

The words of Estefanía Blanes, from Unides Podem, defending the right of citizens to interact with the Administration in Valencian and, above all, her reference to the need to “protect the Catalan language spoken by Valencians”, was another of the roughest moments of the session. There were yelling and boos. Morera even asked the PP trustee, Isabel Bonig, to keep quiet. Rosa Peris, from the PSOE, argued that the text ends with the excessive precariousness and temporary workforce and reminded the PP that it was their training that introduced the requirement of the Valencian in public education; while Nathalie Torres, from Compromís, denounced the opposition’s Valencianophobia. “They hate the Valencian because it represents the plurality that they want to burst,” he settled.

Until last week he was spokesman for Cs in the Valencian Courts and territorial coordinator. Yesterday, he met with Isabel Díaz Ayuso and closed an agreement to become an independent member of the PP’s candidacy for the Community of Madrid for the 4-M elections. That of Toni Cantó is the first signing of Ayuso of a politician outside his government team, since, so far, he has only confirmed that they will be part of the list of PP councilors. His resignation to the initials of Arrimadas has left the party headless in the Community and the group of the Cortes is still waiting to appoint a new Catalan Ombudsman. Mamen Peris is the one who seems to get the most support, but the final decision will be from Inés Arrimadas.