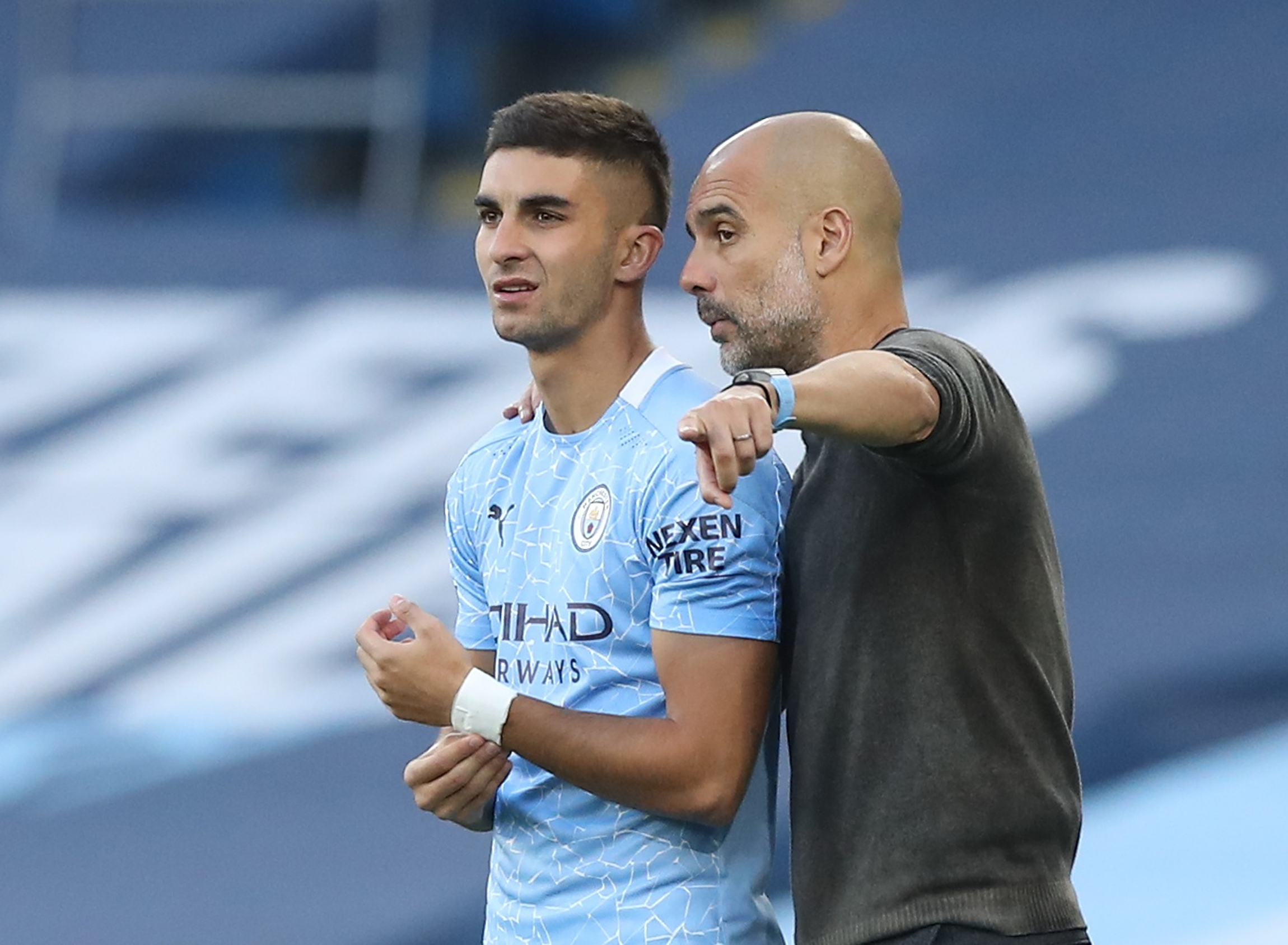 Ferrán Torres always admired Cristiano Ronaldo. But lately, he has also started studying videos to try to reproduce his movements. His friends say that in his home in Manchester he has had goals installed to practice the definition. Like Cristiano, he is prey to an obsessive character.

The two goals he scored against Italy in the Nations League semi-final reaffirm him on the path he has taken since arriving at Manchester City in the summer of 2020 to reveal to Guardiola something that neither the Spanish coach nor the footballer himself they knew very well until they met. His true talent does not emerge when he has the ball at his feet but when he does not have it.

Ferran returns to England decorated with Spain after exhibiting as false nine by virtue of a sense of uncheck that he honed with Guardiola since 2020. Until then, he had aroused the interest of several clubs, including Madrid, for displaying a repertoire related to speed and class. His six goals in 44 games last season for Valencia spoke less of his worth than his eight assists.

It is enough to be skillful and powerful to play extreme. But being skillful and powerful is not enough to play extreme for City. Ferrán knew it well, who spent two months without practically participating after signing for about 23 million euros, which, according to many intermediaries, was a bargain. The City footballers also knew that, even with more conditions than him to shine close to the line, stood for the first time before Guardiola positions to officiate as extremes.

Sterling, Bernardo, Mahrez or Sané required a period of initiation to a battery of maneuvers designed to involve them much more than normal in the functions of midfielders. Also Jack Grealish, the most expensive signing in the history of England, signed for 100 million pounds this summer.

After topping the list of players who caused the most fouls in the past three editions of the Premier, the youngster from Birmingham now occupies fourth place. Without the deserted meadows that opened up to each Villa backlash, Grealish has a hard time being unbalanced. His courage, his daring, his dribbling and his love of the game are not enough when it comes to interpreting the moments, spaces and associations in areas crowded with rival defenses. His passage through the position of false nineAt Anfield, he found it tortuous, accustomed as he was to receiving passes on the foot.

Ferrán is ahead of him as a finisher. At 21 years old, he could not match Mahrez’s ingenuity in dribbling, nor did he manage to elaborate like Bernardo. But already in training he began to stand out as a finisher and Guardiola provided him with ideas to reach the first post more frequently and with less friction. His uncanny ability to attack open spaces earned him 13 goals in 36 games in his English debut season and he now has three in seven games. “He has some incredible numbers,” Guardiola said in May. “He came as a winger but maybe he should consider playing as a center forward. He has the intuition to know exactly where the ball will go ”.

Embarked on the search for a scorer, Guardiola lined him up as false nine in his last three games for City – Arsenal, Leicester and Leipzig. In the next three – Chelsea, PSG and Liverpool – he replaced him with Foden, Sterling and Grealish respectively. None were comfortable. . Nor does Ferran.

Like Cristiano, he prefers to start from the side to finish inside. Luis Enrique, who placed Sarabia or Oyarzabal on the axis, offered him this possibility. With good results.