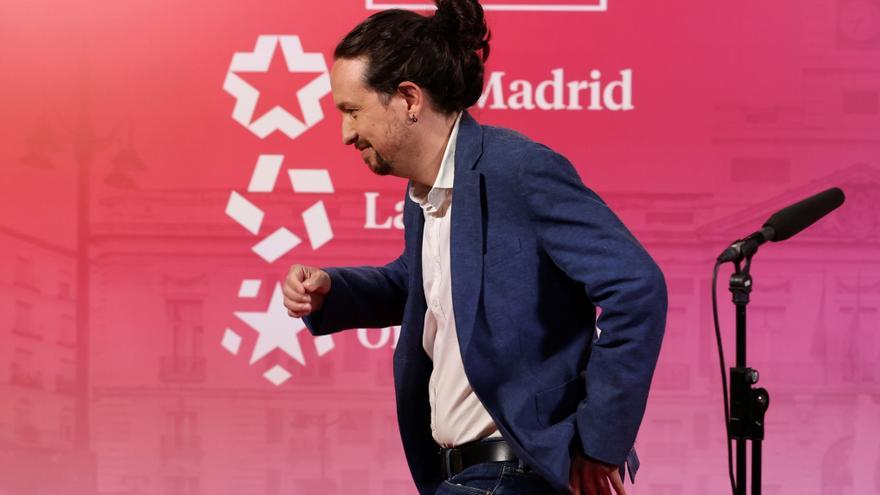 The report prepared by the Ministry of Defense as an evaluation of ‘Operation Balmis’ does not refer to any type of relationship with the Vice Presidency of Social Services, then led by Pablo Iglesias, for the disinfection of nursing homes during the pandemic.

This Wednesday during the debate of candidates for the elections of May 4 to the Community of Madrid, Iglesias, ‘number one’ of United We Can, said that his Department gave the indications to the Military Emergency Unit (UME) of what were the residences that, during the first wave, had to be disinfected. And so his Vice Presidency announced in March of last year.

However, the reports of the Ministry of Defense on the protocol of action during the first state of alarm do not point to any dialogue with the Vice Presidency of Social Services for the action of the Armed Forces.

From the Department headed by Margarita Robles they have refused this Thursday to clarify the details of the protocol, but the document that analyzes all the actions carried out during Operation Balmis -a book of almost 500 pages- dedicates a section to the coordination with organizations external to the Ministry of Defense to channel the multitude of requests for military action received during the first state of alarm.

As he explains, the entities or organizations that wanted to have the support of the Armed Forces They transmitted their request to the Government delegations, which in turn forwarded it to the different competent ministries, which were those designated as competent authorities by the state of alarm decree: the Interior, Transport and Health decree.

At the same time, he points out that the requests were advanced to the Operations Command, at the head of Operation Balmis, for analysis and order of execution as soon as the authorization of the corresponding ministry was obtained.

In fact, he adds that Defense had the advance approval promulgated by the Ministry of Health for certain requests for interventions, such as disinfection in residences, to speed up the process and be able to act as soon as possible.

In addition, the Department headed by Margarita Robles appointed liaison officers with the Ministries of Transport, Health and the Interior to “advise on the capabilities of the Armed Forces and facilitate the coordination of requests.” But at no time does he allude to the Vice Presidency then led by Iglesias.

However, the leader of Podemos has reaffirmed this Thursday that during the state of alarm he “coordinated” with Defense and the Secretary of State for Social Rights, Nacho Álvarez, has also defended on social networks that this was the case.

“Specifically, between March 24 and June 11, from the Second Vice Presidency of Social Rights, we sent 4,407 requests for disinfection of residences to the Ministry of Defense. All were addressed, and the collaboration was very good,” he said.