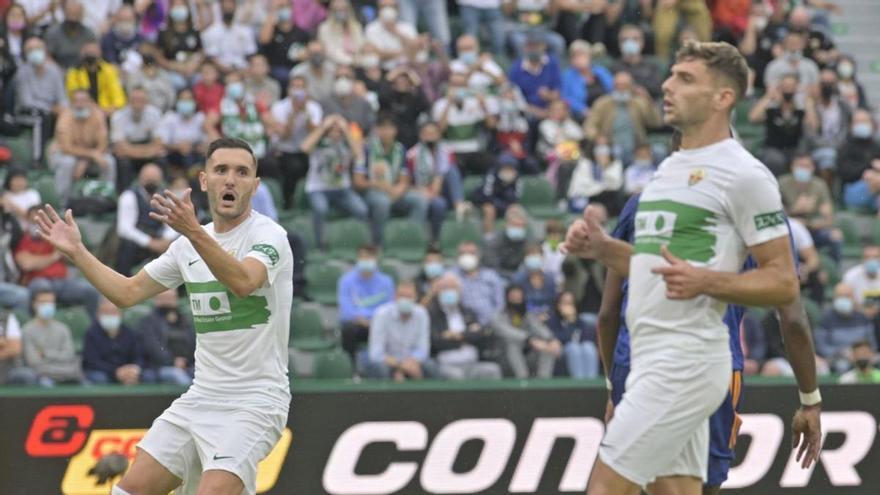 Elche has only been able to add one point out of 12 possible in the last games after losing three: Rayo Vallecano (2-1), Alavés (1-0) and Real Madrid (1-2) and draw against Espanyol (2-2 ). This situation has caused Escribá’s team to lose the cushion it had with relegation places.

Granada, which is the team that is currently marking the red zone, has eight points, two less than the franjiverdes. If today (9 pm) he is able to beat Levante at the Ciutat de València, he will surpass the Elche team. In addition, the people of Granada have another game less, the postponed match of matchday 9, which must face Atlético de Madrid in Los Cármenes, and which is scheduled to take place on Tuesday, December 21.

Cádiz, which yesterday achieved an agonizing draw (1-1), with controversy and thanks to a goal by Negredo, from a penalty in the extension time, has been placed just one point behind Elche.

Alavés, with one game less, has equaled the franjiverdes by ten points, after their draw (1-1) on Saturday at the Camp Nou against Barcelona. Despite the fact that the people from Vitoria beat the people of Elche, the direct confrontations are not taken into account until the second round when the two games have been played. Therefore, for the moment, Escribá’s team is ahead in the standings, having -6 in the difference between goals for and against (9-15), by -8 for the babazorros ((6-14 Celta also has ten points, but has a coefficient of -4 and still has to play this day’s match, which plays this afternoon (6.30 pm), in Vallecas, against Rayo.

For its part, Levante, which is second to last, with only six points, if it beats Granada today, it will be with nine, just one behind Elche. The best result for the franjiverdes in tonight’s clash between Granotas and Nazarís would be a draw, so that neither of them adds all three points.

Faced with this situation and how tight the lower zone of the classification has become, Escribá’s team needs to react and can no longer afford to stumble.

To do this, he has a more “friendly” calendar ahead of him. On the next day, Sunday November 7 (6.30 pm), Elche visits Mallorca. The following week there will be a stoppage of teams and then their rivals will be: Betis, on Sunday November 21 (6:30 pm), at the Martínez Valero; Osasuna, in El Sadar; and Cádiz, again as a local. Those next four games will assess the reaction power of the franjiverdes and if they regain the cushion of advantage with relegation or become even more complicated.

Escribá assured after the last meeting against Real Madrid that the defeat and having added a point out of 12 possible in the last four games was not going to change the approach of the clash against Mallorca. “We were going to go the same way, to win.” The franjiverde coach said that, despite the bad streak “at the dressing room level, we are very calm. We have lost five games by the minimum. That indicates that nowhere have they painted our faces, nor have they given us a dance, far from it. The team always competes well and the Madrid game was another example. And with that, when you are like this, one day victory will come. The Mallorca game is going to be very difficult, but the idea is to go out and win. It will be the same, even if we would have beaten Madrid.

For his part, Pere Milla regretted that Elche “is not” in the position of the classification “it deserves” per game. But he warns that “it is what it is and we have to grit our teeth, do things better and run for our partner.” The attacker does not want it to be an excuse, but he remembers the tough schedule that the Elche team has passed: “We have played against Real Madrid, against Real Sociedad in their field, against Atlético …”.

Pastore is also clear that “we have to start with points to move up in the table”, but he has no doubt that “with the desire and the work, the points will come soon.”

Finally, Omar Mascarell also trusts the reaction: «This Elche never gives up. In all the games this season it has been seen that he leaves his soul and competes. The illusion is still intact “, and points out that” you have to trust this team, which will go from less to more, “said the canary.