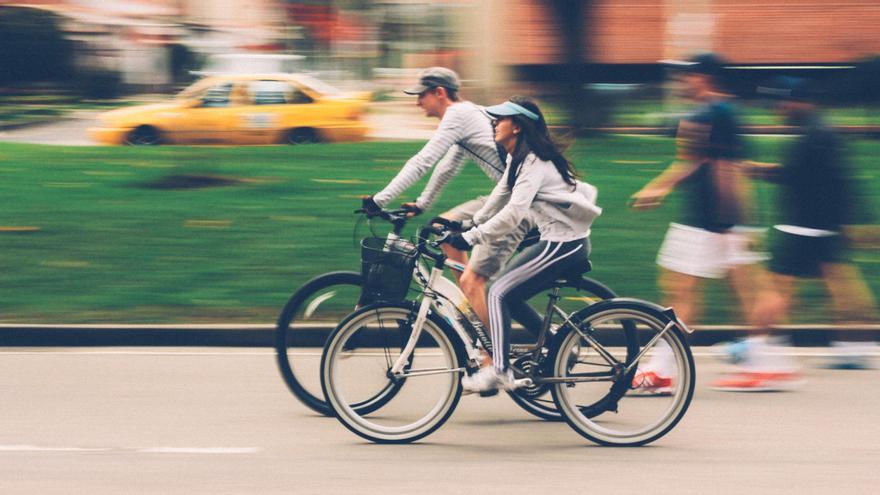 The bike is gaining more and more prominence on Spanish roads, as it is a key tool to achieve a healthier and more sustainable mobility. In fact, the General Directorate of Traffic (DGT)General Directorate of Traffic (DGT) has worked for years improving the infrastructures so that the bicycle is integrated into the daily activity of people and becomes a means of transport as valid and safe as any other.

However, like other vehicle drivers, cyclists must respect a series of traffic regulations to guarantee maximum safety on the road. Here we tell you what they are the 20 regulations that cyclists must comply with according to the DGT and what penalties they entail in case of infringing them.

It is very important that all cyclists observe the road they are going to join before starting the ride. In this way, they will be able to check that other vehicles are not circulating nearby or that they are so far away that there is no danger to start the journey and signal the maneuver. On the other hand, if a cyclist joins the road in a dangerous way, he may receive a 200 euros fine.

In the city and on the road it is recommended, but not mandatory, to always circulate on the bike lanes, if there are any, since they are safer.

Traffic lights and all vertical signs (stop, yield, limited speed…) are for all drivers, including cyclists. Skipping a red light is punishable by a fine of between 150 and 500 euros.

4. Turn on the lights

Cyclists must wear the lights on front and back whenever they circulate at night, in underpasses or through tunnels. Not having the lights on is a 200 euros fine.

To warn other road users of a hard braking, the rider can alternately move the arm up and down, with short and quick movements. This signal is by no means mandatory, as it requires releasing the handlebar in a very quick reaction. Nevertheless, it is advisable to do it to avoid reaching.

The use of the mobile phone is Totally forbidden while riding a bicycle, as well as headphones connected to receivers or sound players, since they limit the hearing capacity and can cause distractions for the cyclist that make them pay no attention to the road. Failure to comply with this rule entails an economic sanction of 200 euros.

In general, the maximum BAC for drivers is 0.5 grams per liter in blood or 0.25 milligrams per liter in exhaled air. Although many users do not know, this rate also affects cyclists, who are required to undergo the breathalyzer test if an agent requires it. If the test is positive, the cyclist may face a fine of between 500 and 1,000 euros, depending on the rate and recidivism.

8. Only one passenger up to 7 years of age

Cycling Only one passenger up to seven years of age is allowed to be carried. To do this, you must go in a approved additional seat and always with a driver of legal age. Carrying a minor incorrectly on the bicycle is an economic sanction of 100 euros.

Cyclists have right of way over motor vehicles when traveling on a cycle lane, a cycle path or on a duly marked shoulder. In all other situations, bicycles must respect the priorities of other users, as established by traffic rules and signs. Failure to respect the right of way at an intersection is a sanction of 200 euros.

When cyclists circulate in a group they have priority in roundabouts, from the first to the last of the group. This also happens in the rest of the intersections, when the first of the cyclists has already entered it.

When riding a bicycle it is mandatory signal certain maneuverssuch as turns, U-turns, and lane changes. The signals can be made with the right arm, extending it horizontally at shoulder height, or with the left arm, bending it at an angle. Failure to signal a maneuver implies a 200 euros fine.

The helmet is mandatory in the city only for the under 16 years. For the rest of cyclists it is only recommended. That a minor does not wear a helmet when it is mandatory is a 200 euros fine.

On the highway, all cyclists are required to wear an approved protective helmet, with three exceptions: in prolonged climbs, for medical reasons or in extreme heat situations. It is very important that the helmet is placed correctly and that it is always fastened so that it cannot be thrown. Driving without a helmet when it is compulsory implies a 200 euros fine.

15. In the city: the pedestrian crossings

Contrary to what many cyclists think, bicycles do not have priority in crosswalks (let’s not get confused with bicycle crossings). Therefore, to cross a pedestrian crossing, It is mandatory to get off the bike and walk across. Crossing through a pedestrian crossing without getting off the bicycle is sanctioned with 200 euros.

16. In the city: forbidden to circulate on the sidewalk

is totally forbidden to ride a bicycle on sidewalks and pedestrian areass, unless it is marked as a bicycle lane for shared use with pedestrians. Driving on the sidewalk is a fine of up to 100 euros.

In the city, bikes must circulate closest to the right of the road. In case of going in a group, they will be able to circulate in a column of at most two. To circulate in the city in a group without order is sanctioned with 100 euros.

18. On the road: reflective clothing

19. On the road: using the shoulder

On the road, cyclists should employ the shoulder on your right, if it exists, to circulate. They can only abandon it on long descents in safe conditions. If a cyclist occupies the road when it is possible to ride on the shoulder, he may face a 200 euros fine.

20. On the road: drive in parallel

Cyclists can drive in rows of two on the road, bordering as much as possible to the right of the road. On the other hand, in sections without visibility, such as curves, and when they form agglomerations, they will not be able to circulate in parallel and must be placed in a row. Failure to comply with this rule and driving on the road in groups without order is a sanction of 100 euros.