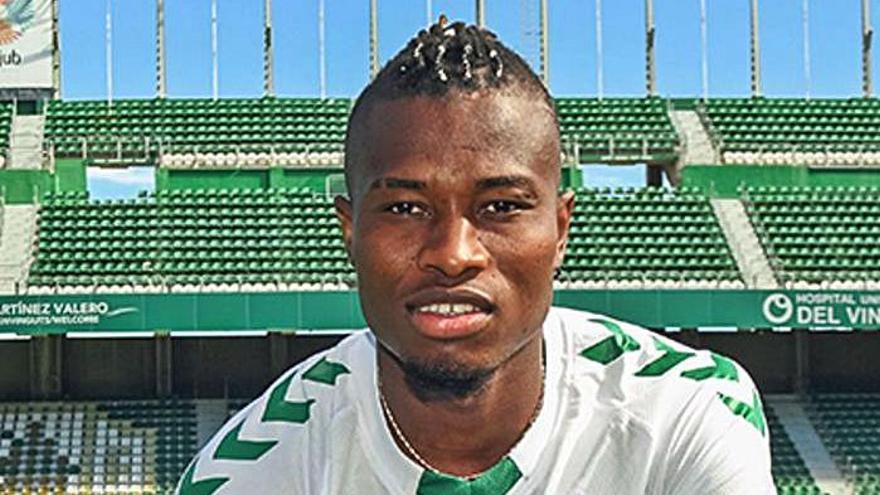 Elche has reached the short Christmas break immersed in its worst crisis of results this season. The good feelings of the beginning of the competition have been diluted in a worrying way and the intention of the club from Elche is to try to strengthen the squad in the winter market, which opens on January 4, to try to improve the performance of the team and to be able to achieve the objective of permanence in the First Division.

After seeing what has happened in the first 13 games, it is evident that the franjiverde team needs at least four incorporations: an experienced center-back who allows a quality leap from behind, a left-back, an organizing midfielder and a A versatile attacking footballer who complements the characteristics of Lucas Boyé and Guido Carrillo.

Elche currently has 24 cards occupied out of the 25 available, so it only has one space to incorporate a new signing. If he wants to do more, he will have to grant some loss and after seeing the contribution in the first third of the competition there are four players who may have complicated their continuity in the Franco-green squad: Dani Calvo, Youssouf Koné, Juan Sánchez Miño and Jeison Lucumí.

Dani Calvo started the season as a starter, but as the competition has progressed he has lost prominence. The central Huesca has played six league games, with 359 minutes, and 90 in the Cup in the match against Buñol. Today is just two years since he joined the Elche group from Numancia. In his two seasons in the Second Division he has served, but it is difficult for him to adapt to the First Division.

Diego González took his place first, he reappeared in the KO tournament, where he scored a goal in his own goal and in the match against Atlético de Madrid Almirón opted for the youth squad Jhon before Dani Calvo. In last Tuesday’s game against Osasuna he started again, but he was not at a good level and was substituted at half-time.

The center-back is in a difficult situation. He has Gonzalo Verdú, Josema and Diego González ahead of him and the Elche coach has also shown that he wants to have the youth squad Jhon. In this way, if a new central defender arrives, Dani Calvo is the first candidate to leave.

The biggest problem that the franjiverde squad is having is on the left side. After the sale of Juan Cruz to Osasuna, Sánchez Miño and Koné arrived, but neither of them is offering the performance that was expected. Almirón has even had to adapt the central Josema to that position.

The Argentine is enjoying quite a few opportunities. He has played seven games in the League, accumulates 357 minutes, and the Cup against Buñol. Despite his experience in important teams in Argentina, his level is far from what is necessary in Spain. Whenever he has been a starter, he has ended up being replaced.

For his part, Koné has barely played 73 minutes in three games. He did not even play in the Cup. He was endorsed by being a footballer who had just played the Champions League with Olympique Lyonnais, but in the little he has played he has been seen to be lacking in adaptation and lacking physical. In the sports commission they trust that he can perform and consider that what he needs are more opportunities. But Almirón is not convinced.

The priority target for the winter market is a left back, which would cause the departure of at least one of those currently on the squad. Sánchez Miño signed ownership and Koné is on loan from Olympique de Lyon, so the agreement would have to be renegotiated.

Another of the players who also have a complicated continuity in the franjiverde squad, in the event that there are several incorporations, is the Colombian Lucumí. It was the first signing of the project this season. However, he has barely played 49 minutes in two league games and 59 in the Cup. The winger has a lot of competition in his position with Josan, Rigoni, Tete Morente, Fidel and Pere Milla.

JANUARY 4: Date on which the new transfer window will open and the teams will have the opportunity to incorporate new players.

The need demands a footballer of another profile who can play as a second striker, even as an offensive reference to provide competition to Lucas Boyé and Guido Carrillo. And if he comes, Lucumí has ​​all the ballots to leave the Elche group.

Victor can earn a new opportunity after his last game

Midfielder Víctor Rodríguez was another clear candidate to make room for winter signings. However, the Catalan footballer, after the good 45 minutes he offered in the last match against Osasuna, can enjoy a new opportunity and continue in the squad. Victor was unprecedented in the league until the clash against the rojillos. Until last Tuesday he had only played 12 minutes and the Cup clash against Buñol. However, against Osasuna he showed that he has the quality to provide more ball mobility to the center of the field. In any case, if Elche signs a midfielder, it could also come out.