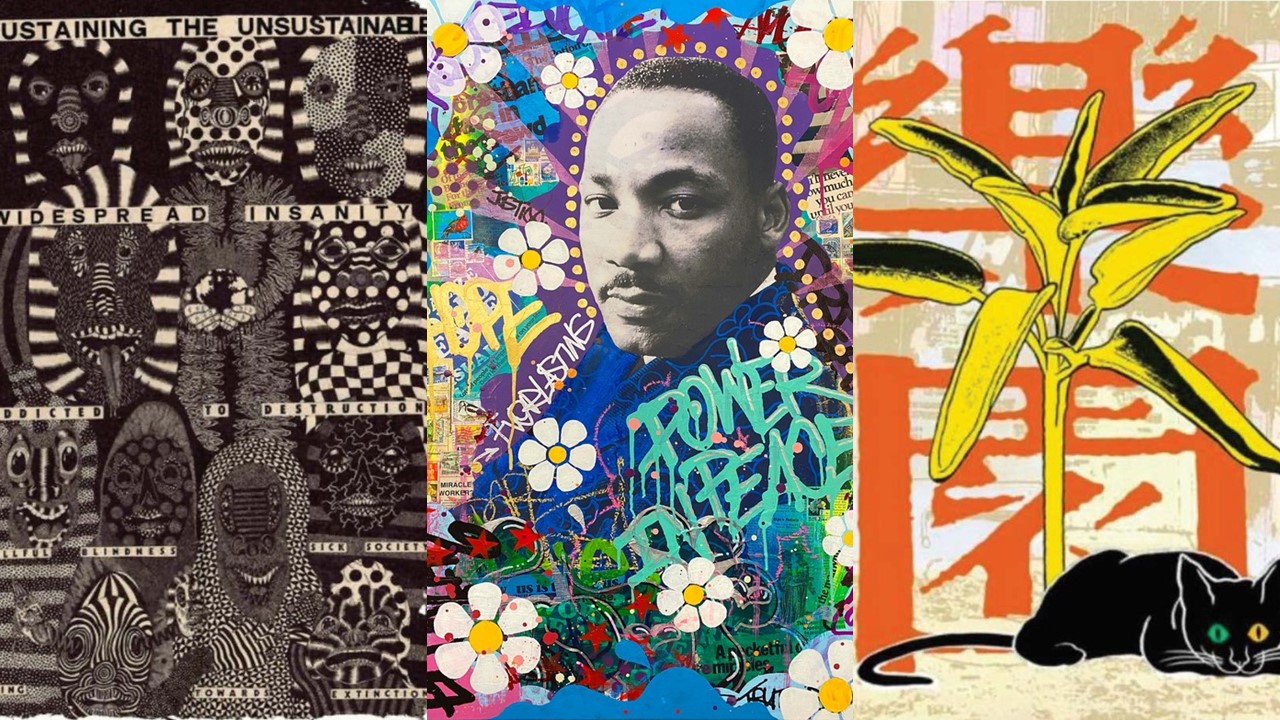 Art institutions are in crisis. The number of visitors to museums has dropped to worrying levels while gallery owners suffer the collapse of your billing due to covid-19. In recent times, traditional entities and new agents have sought alternatives that mix the physical with the digital. Taby, a contemporary art gallery that works only on the internet, is one of the latter. Born during the pandemic, in February she prepared her second exhibition, entitled The Digital Street and focused on the urban art of eight creators spread over four continents.

Emerson Radisich, 27, is the curator of the show and one of the five people who are so far a permanent part of the Taby team. Radisich explains, in a telematic interview from his home in Australia, the idea behind this digital gallery: “We wanted to make a gallery with a professional level that could bring local artists to a global audience.”

The basic concept of The Digital Street is he postmuralism, which he defines as follows: “Urban art and the world of graffiti that has migrated to the world of fine arts. You can do, for example, a painting, but with a palpable influence of graffiti in its realization ”. The central idea of ​​the show is then “the postmuralism with a digital sense ”.

The curator shows ambivalence when faced with the question of whether urban art through digital platforms is a contradiction. He thinks that although graffiti is an activity based on the physical, there are also other ways of approaching it, beyond the limitations of space. “Public art is a manifestation that is aimed at a limited physical community, but now, especially with the pandemic, everything is based on sharing on social networks,” he argues, adding: “I am from New Zealand, which is a place quite isolated, but I like urban art, so my consumption came from social networks ”.

The exhibition is made up of three pieces by Polish graphic designer Karifurava Caihua inspired by Asian mysticism and aesthetics, three black and white illustrations by Swiss Morris Vogel, and three digital reproductions by Australian painter Tom Gerrald.

The exhibition is completed with three pieces by Judy Rhum, where the Milan-based artist reconverts travel postcards; two digital reproductions and a painting of New York graffiti artist Indie 184, and the work of multidisciplinary Shanghai filmmaker Nini Sum, featuring collages and digital juxtapositions.

“No artist from The Digital Street It comes from the same place, ”says Radisich. “They come from Europe, Asia, America, Oceania and this is only possible by doing it this way. We are not the Tate Modern to afford us the luxury of paying $ 500,000 to bring and display pieces. “

The New Zealander, also an assistant curator of a gallery in Melbourne, comments that there are “many artists who are successful in their own countries and do not have the opportunity to do major international exhibitions.” “What is important to me with The Digital Street “, he adds “it is having the possibility and the capacity to curate global content”.