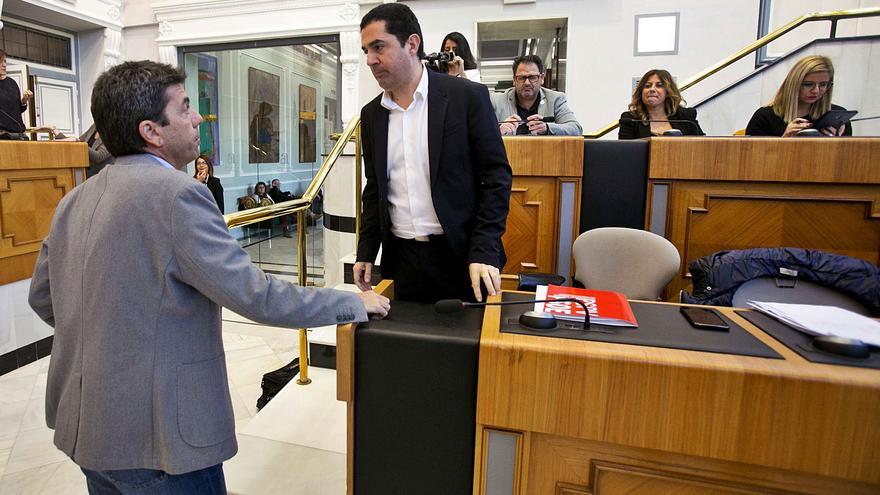 Beyond denouncing that the arrival of investments is eternalizing, the PSOE in the Provincial Council has gone a step further and has started a new political battle by demanding that the government team join the Cooperation Fund promoted by the Consell to benefit small towns. In this sense, the spokesman Toni Francés considered that this situation “throws all the bombastic messages in favor of the less populated towns of the government team formed by PP and Ciudadanos to the ground. It is a torpedo on the waterline of its propaganda. From the socialist ranks they consider that the government team is putting small municipalities as a “parapet” so as not to participate in the regional investment plan that the Diputación has rejected in the last five years, first with César Sánchez and now with Carlos Mazón as president .

For the Socialists, the biggest losers from the fact that investments take time to arrive are the municipalities with the smallest population, which also do not receive their corresponding provincial share from the Cooperation Fund. According to Toni Francés “the mayors have to endure as PP and Citizens are every day boasting of a support that in practice remains in words and taps on the back.”

Meanwhile, the Deputy for Infrastructure, Javier Gutiérrez, yesterday defended the management carried out in this area since the mandate began and clarified that “it has been significantly improved.” While in 2018 24 million euros were executed in works and in the previous four years the average was 30 million, in 2019 that figure increased to 37 million. For this year, the forecast is to achieve an execution of 28 million euros, an amount that the government team, made up of PP and Citizens, considers very significant in the current circumstances and despite the period of paralysis imposed during the confinement. The head of Infrastructures explained that “we are well above the budget execution of the previous years”, adding that, “when we got to the Government of the Provincial Council, we found 27.5 million, almost ten million more.” Javier Gutiérrez promised to end “once and for all with that snowball and carry out all the committed actions.”

In addition, despite criticism from the opposition, the spokesman for Ciudadanos, Javier Gutiérrez, pointed out that, among the progress made, the 2019 Works and Services plans and the Planifica program have been unanimously approved. The provincial institution also plans to carry out a framework agreement that allows changing the way of contracting in order to streamline procedures and reduce them to a single step. This new process would guarantee, as they defend from the government team, that the 286 works that are pending will be executed within a period of four years, of which 180 will be carried out directly by the Alicante Provincial Council.