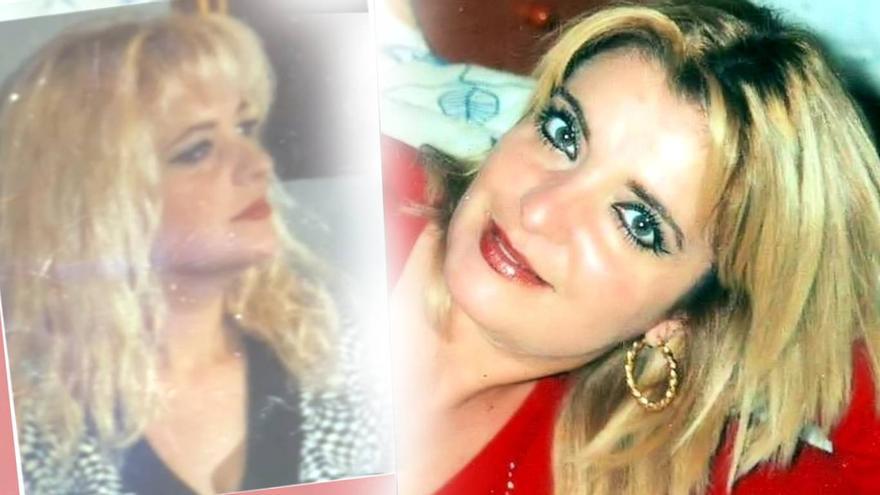 “Two children, 36 years old and a whole life ahead. Good, very good. That was my daughter Mari Cielo.” The one who speaks is Antonio. He has learned to live with pain, with absence; Juana, his wife, too. “By force, there has been no other”, they acknowledge. His daughter, Mari Cielo Cañavate, disappeared on October 10, 2007 in Hellín (Albacete). He went to take his children to school and, at the door, he told his sister that he had to go. She had stayed with her partner, a man twenty years her senior, married with children, with whom she was ending her relationship. He did not return.

Its history is hard, the one of its absence, also the later one. The macho crime was always the most plausible hypothesis. It became certainty. There was a defendant -investigated-, he was sent to trial and sentenced. The lack of evidence and, above all, of the body set him free. Her family has lived ever since to do her justice, to find her, to rest and because Mari Cielo rests in peace.

An anonymous and cruel letter arrived at the mailbox of Mari Cielo’s house: “Look for her where the whores are in Albacete, there she is with Marta del Castillo”

“On October 4 -almost a week before disappearing- my daughter told me if I could change the bowler hat on the door“Antonio remembers. He is 75 years old, many battles fought and his memory intact.” He gave me 20 euros, I went down to a hardware store and I changed it. “After doing so, Mari Cielo asks me:”Dad, if I disappear, will you look for me?“. The phrase echoes in his head ever since. He searches for it, does not stop, but does not find it. “He already knew he was in danger, but he didn’t want to tell me.”

Mari Cielo reassured her father: “Nothing happens.” So much so that Antonio himself thought he was drawing a temporary getaway: “If you go with someone, in the toilet bin, wherever, leave me something, Mari, leave me something.” They were father and daughter, and much more “confidants, friends.” A week later, when his trail was lost, looked for a note, a message. Tracking. He did not find it.

“My grandson, the little boy, had a cell phone in his hand, and he was recording everything we were talking about. That recording, with the question you asked me, is in the possession of the police“It is the page that opens the police report.

Also Read  The Statue of Liberty is 135 years old, the most universal icon of the United States and immigration

Family photos of Mari Cielo with her children Kiro and José Luis provided by the family.

The children leave school, Mari Cielo is not there

Wednesday morning. October 10th. Mari Cielo takes her children to school. The little one, José Luis, was 7 years old. Kiro has already turned nine. The routine is always the same, together with her sister Rosa, she takes the kids to class, then brings her closer to work.

“That day he tells his sister that he is leaving, that Paco is coming,” says his father. She refers to Francisco Ramírez, twenty years older than her and a neighbor of Pozohondo, a town 30 kilometers from Hellín. A guy that Antonio never liked, but who had been dating Mari Cielo for two years, “had very bad references about him.”

Mari Cielo, after her separation with the father of her children, met Francisco. He fell in love, but the lies disturbed and destroyed the relationship. “He had been saying for a long time that he was going to separate from his wife, that they were going to live together,” recalls Mari Cielo’s father. It was not fulfilled. Tired of false promises, she decided to end the relationship. In addition, the woman had received threats from one of Francisco’s sons.

“I’m leaving you, I can’t take you to work, Paco is coming and he gets very angry when I’m not at home,” his father recalls that Mari Cielo told his sister. Along the way, he confirmed his position again. “He met his brother: I’m leaving, Paco is waiting for me.”

Two in the afternoon arrived. The school siren gave way to an onslaught of children leaving class: screaming, jumping, running. Mari Cielo’s children are waiting. Mom is not here.

A hunch led Antonio to Francisco’s house: “He told me to leave or he would shoot me twice”

The alarm went off immediately. They went to the police, “but you had to wait 72 hours to report it.” A hunch led Antonio to Francisco’s house. “He told me to go away, he had a gun, he would point it at me, that if I didn’t, he was going to shoot me twice. I told him I was a murderer of women, I sensed it, to tell me where my daughter was.” It never helped.

Mari Cielo in a photo of the family album and the poster that was disseminated after her disappearance.

After the legal term, Mari Cielo’s family formally denounced the disappearance. The search began without force, “there was a lot of neglect”, laments Antonio. The National Police considered too wide a range of hypotheses. “I went to see them every day, to ask them. They got angry, they forbade me to go back“Antonio assures.” I was desperate, I just wanted to know where my daughter was, save her.

The televisions and the media arrived. Also the posters with the disappearance alert. With these, the first witnesses. “A hunter from Isso, a district of Hellín, tells me that that day they see this man in his car with Mari Cielo. That they have no doubt since, when they passed by, they said: look, he’s already taking the blonde,” says Antonio .

The mighty testimony picked it up the Homicide Group of the National Police, which joined the investigation. “They confirmed that at 10:30 am he was taking her in the car.” The witnesses pointed out something else: “They said that Mari Cielo had her head down,” reveals Antonio. “He had already killed her. He already killed her.”

Cause of death: strangulation

The police report to which the family had access pointed in the same direction: “Cause of death: strangulation. He took her and drowned her.” The first interrogations came late. “They called him a month and as a witness”, not as an investigated, although Francisco Ramírez came to testify accompanied by a lawyer.

He assured that that afternoon he did not go out. “He did it”, denies Mari Cielo’s father. “With a truck that he has, with rubble and cloth, heading to Liétor (Albacete). He says no, but the repeater located his phone there“The police confirmed it.”There he carried Mari Cielo dead. In the morning he killed her and took her to the farm, in the afternoon he took her out. ”

The family continues to search for the body of Mari Cielo.

“You won’t find her, you sons of bitches”

“Months went by and we made no progress, we started holding rallies,” Antonio recalls. “When we came from one, we received an SMS on my wife’s cell phone: ‘You will never find it, stop looking for it, motherfuckers‘”. The Civil Guard, determined that It was sent from a cabin in Albacete. At the same time, letters arrived. One that they will not forget or will not forget, because it is cruel, malicious, and because it appeared in the mailbox of Mari Cielo’s house: “look for her where the whores are in Albacete, on the road to Jaén, there he is with Marta del Castillo“.

The investigators called Antonio, “they told me that this murderer was charged with intentional homicide, that there was enough evidence.” Francisco Ramírez was found guilty of murder by a popular jury and sentenced to 15 years in prison.

Four months later, the missing person’s father picked up a call that he never expected. “A journalist calls me: ‘Antonio, where are you?’. I tell him that in the field. ‘Is there something you can grab on to?’. I say yes, many pines. ‘Hold on, the news is hard: this man comes out from jail’. That morning, Ramírez was released.

The conviction was appealed before the Superior Court of Justice of Castilla-La Mancha. This rejected three sections of the sentence that the Provincial Court had taken for proven: that Mari Cielo Cañavate is dead, that the accused is guilty of having killed Mari Cielo Cañavate and, therefore, of a crime of homicide. In January 2013, the Supreme Court upheld the ruling. In addition, he made the family of the disappeared pay the costs of the appeal.

The high court did emphasize that “there are vehement suspicions that the defendant caused the death of Mari Cielo, but those suspicions do not reach the value of unequivocal and conclusive evidence that enables them to pass a conviction.” There are witnesses, contradictions, but there is no body. Francisco left.

“Let him say where he is, even if it is anonymously”

Mari Cielo’s family searches and does not rest. “We only want the four remaining bones of my daughter so that we can bury her and bring her some flowers to the cemetery,” begs Antonio.

They ask that she not be forgotten, that the case be reopened in order to find her: “They did not look for her like the rest of the missing persons.” And they ask whoever killed her “to show heart, even anonymously. We are not interested in anything else.”

Mari Cielo, “Hellín’s smile”, as they called it, confident, good, is still missing. His grown-up children “carry his photo on their phones”, Antonio says, “he is always with them.” Together, parents, brothers and children, fight for it. “Mari Cielo muffled her voice, but here we are, if she can’t speak, we can. We only ask to know where she is.”