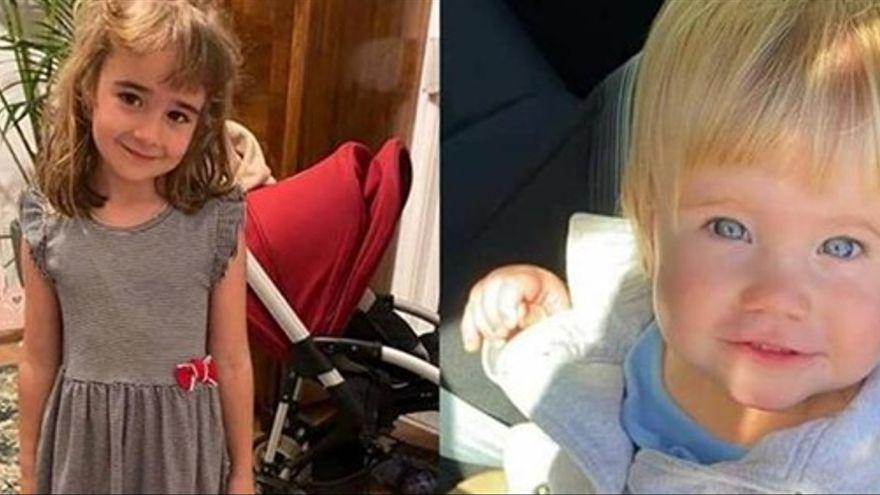 The body of Olivia Gimeno Zimmermann was found this Thursday on the seabed off the coast of Santa Cruz of Tenerife. Forty-four days after Olivia and Anna were not delivered by their father, Tomás Gimeno, to his mother, Beatriz Zimmermann, the case of the disappearance of the Tenerife girls takes a tragic turn, what begins to confirm the worst possible hypothesis about what happened to the girls. Last night, sources close to the investigation of the Civil Guard and the Superior Court of Justice of the Canary Islands (TSJC) denied that the bodies of Anna and Tomás had been located.

The latest scientific technology carried by the oceanographic vessel Ángeles Alvariño is achieving what seemed an almost impossible mission: to contribute to clarifying this complex case in its first campaign to try to search for people under the sea, thanks to its effective collaboration with the Civil Guard investigators, who have provided key information for the location of evidence. Once again, science at the service of Justice.

The news of the appearance of one of the little girls was confirmed shortly after 7:10 p.m. by the Government Delegation in the Canary Islands in a very prudent tone. “Today a lifeless body, apparently of a minor, has been found in the search area for the disappeared girls in Tenerife,” said the aforementioned institution. The location of the body was communicated to the mother and the relatives of the father.

Olivia’s lifeless body appeared in the inside of a sports bag, which was tied to an anchor. It is the same anchor piece that Gimeno’s boat was missing. Next to that bag appeared another with similar characteristics, but empty. The location occurred at noon. The corpse of the minor was transferred to the ground around 6:00 p.m. and, immediately, it was taken to the premises of the Institute of Legal Medicine of Santa Cruz de Tenerife. At around 8:30 p.m., the titular magistrate of the Court of First Instance and Instruction number 3 of Güímar carried out the removal of the body of the six-year-old girl. The Canary Islands High Court of Justice explained that the body, “in the absence of more decisive forensic medical evidence, could almost certainly correspond to Olivia G., the missing minor along with her one-year-old sister, Anna, and her dad”.

The Police and the Civil Guard in the port of Tenerife after the discovery of the body.

Olivia’s location inside a sports bag raises a scenario that, in principle and in the absence of new key findings in the investigation, is very different from that of the flight in a boat to another country with the two minors to take care of them properly, as Beatriz Zimmermann and her environment have defended until now .

Investigators from the Civil Guard have done a meticulous job to try to clarify what happened. In addition to carrying out numerous different procedures, telecommunications analysis, records and checks, they have also had toe assess or discard all the statements made by friends or acquaintances of Tomás Gimeno, many with the intention of helping. Each step has been taken with the utmost care and human and material resources have not been spared to detect clues or evidence regarding the whereabouts of the father and the two little girls.

The Court of First Instance and Investigation of the Güímar party that is handling the case issued an international search and arrest warrant against Tomás Gimeno, which, until today, remains in force.

In the house and farm owned by Tomás Gimeno in the town of Igueste de Candelaria, a total of five searches and inspections of different characteristics have been carried out. From the entry made on the morning of April 28 to know if the people were at home until those made later by the Criminalistics Laboratory, the Judicial Police or the dogs specialized in finding human biological remains arrived from Madrid, that analysis allowed to choose some options and discard others.

In any case, the researchers always prioritized the possibility that the three people could be in the sea, after the murder of the two girls and the suicide of their father. The Tenerife criminologist Félix Ríos said yesterday, a few hours before the location of the body was disclosed, that no man who is the protagonist of a parental kidnapping is dedicated to calling the ex-wife, family and friends to say goodbye. At this time, all eyes are still on the bottom of the ocean in case the bodies of Tomás and his youngest daughter, one year old, appear. The tracking continues, 24 hours a day, thanks to the three shifts established on the Ángeles Alvariño ship.