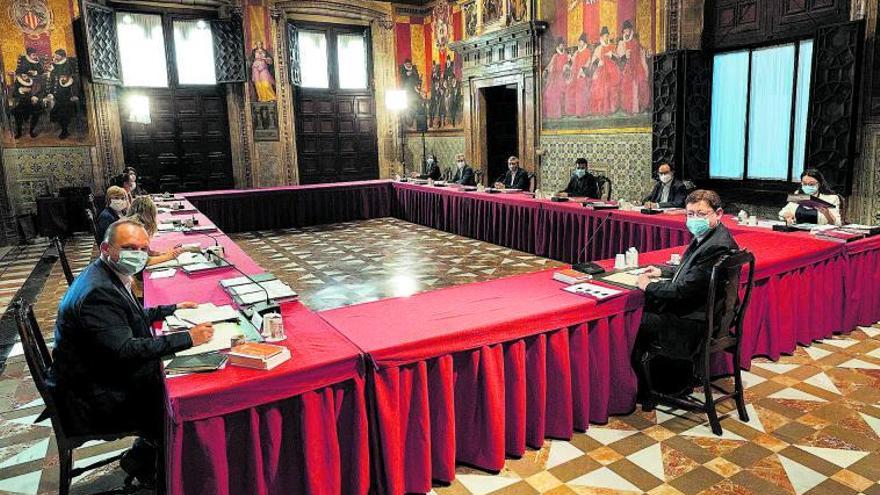 The result is that two and a half months after the Government approved the royal decree for the modernization of the Public Administration, the Valencian Community continues without a decree. It should be remembered that Spain is expected to receive 14,000 million of extraordinary financing from the funds Next Generation UE, 72,000 non-refundable.

The regional management for the capture and processing of these grants is a priority for the Executive, but for this it must have an adequate norm that fights the bureaucracy and that, without eliminating controls, allow agility that is lacking. Presidency intended to position itself in the race by being the first government to approve the decree, but it remains stranded, while other communities such as Aragon, Catalonia and Andalusia already have one.

The first stop to the Valencian decree took place on February 18. The Presidency, promoter of the text, and the Treasury, the competent department, brought the text to the meeting prior to the plenary session of the Consell, but off the agenda and without consensus, which upset the ministries of Compromís and Unides Podem, who demand to participate in a cross-cutting issue, pending for years.

It should be noted that the text not only affects European funds. It modifies laws such as the Treasury and Subsidies or the Public Sector that affect the entire procedure. Hence, everyone has wanted to say theirs. The frictions have had several edges: technical discrepancies on how to lighten the procedure and how deep the changes should be, but also misgivings from the Treasury officials’ leadership regarding the possible reduction of controls. The attempt by some regional ministries to take advantage of this decree law for specific modifications has also been added. .

The lack of coordination and the lack of dialogue led to an impasse, which had to be unblocked at the highest political level. The president of the Generalitat, Ximo Puig, and the vice president of the Consell, Monica Oltra, they discussed the matter in a private meeting, but the rule is still pending.

However, sources from the Treasury and the Presidency point out that the agreement is practically closed and that it is only pending fringes. They maintain that in two weeks the decree could see the light of day, but Compromís ensures that the situation remains stranded and that the text must be thoroughly negotiated.