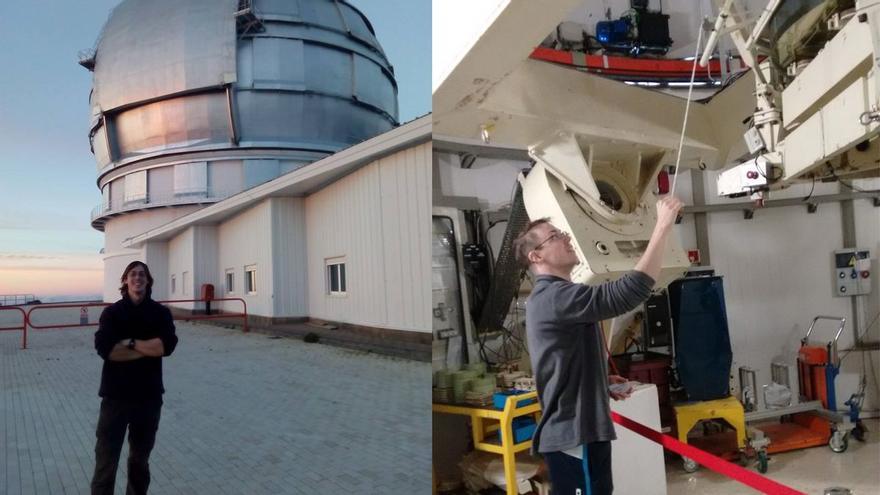 “I was just lucky.” Work in one of the most powerful space telescopes ever released is not something that happens to everyone, and the mind of Pablo Arrabal Haro has proven to belong to another galaxy.

This Doctor in Astrophysics from El Palo has been present for a few years in different projects of the James Webb observatory, which was successfully sent into space just two weeks ago. After decades of work, NASA, the European Space Agency and the Canadian Space Agency were able to launch this telescope to study, among other things, the formation of the first galaxies.

Pablo Arrabal was born and raised in El Palo, he studied there until he began his Physics Degree at the University of Granada. Later, the Canary Islands were his destination. At the Instituto de Astrofísica de Canarias he did his Master and Doctorate in Astrophysics, and when he finished it, the call from NASA pulled the man from Malaga to Tucson, Arizona.

“I miss the Sun, the people, the sea, the Spanish joy …“says Arrabal, with a certain nostalgia. The astrophysicist wants to return to his homeland, but” his place is there “:” Projects are almost always linked, from one to another. I can have a more or less essential role in them, but I am. For now I have no plans to leave the United States. ”

Always had special devotion to the immensity of the space, and curiosity about what “is beyond.” During his degree he discovered branches of physics that surprised him, but astrophysics was always present in his concerns. “This sub-branch of distant galaxies came to me thanks to the opportunity to work on ‘James Webb’, until then I had not considered it,” says the man from Malaga.

The project in which Arrabal is present, CEERS (Science for the Disclosure of Early Cosmic Evolution) aims to observe the effect that the environment has on galaxies, specifically those of the early universe. Until the launch of the ‘James Webb’, only nearby galaxies had been analyzed. Hubble, its predecessor, was limited to the visible light of the electromagnetic spectrum, but the newly launched telescope is able to observe infrared. Now, thanks to the observatory’s instruments, capable of studying four different wavelengths, distant galaxies are closer.

Arrabal’s role in this project is focused on the NIRSpec instrument software. Likewise, the physicist has previously worked on simulations of very, very distant galaxies to test the telescope’s own data processing program.

For Pablo “it was just luck”, but being part of the project that will allow us to better know what is “out there” seems to be the fruit of a passion, dedication and talent from another world.