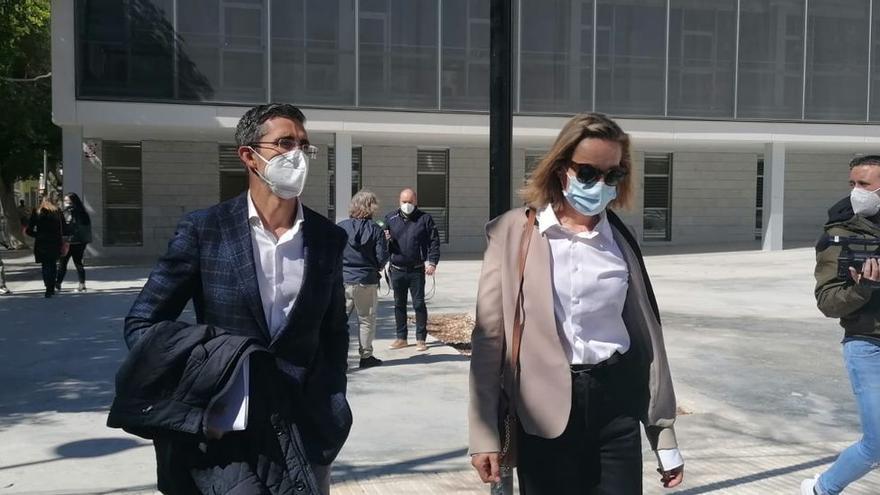 The quad was so dirty that the woman might not be able to see the brake light. JA RIERA

Judicial sources explained that this witness said in court that Nieto was “babbling on the ground” and that another person gave her the helmet, which according to the Civil Guard report fired because the champion had it unbuttoned or badly fastened. This caused, according to the Civil Guard of Traffic, that Nieto hit the ground with his unprotected head, which caused such serious injuries that they were ultimately fatal. For her part, the driver stated that she was driving very slowly, at about 30 kilometers per hour and about three meters away from the quad, and that it suddenly stopped dead and she could not see the brake light. About, the two local policemen declared that the quad was very dirty, which would have prevented the woman from seeing the brake light.

According to the report, Nieto’s helmet was thrown when he stopped short and the driver lightly hit his quad

The Civil Guard of Traffic, whose agents will also have to testify again, did not appreciate criminal responsibility in the driver. «At the time of the accident [Ángel Nieto] he did use the approved protective helmet, which he wore without fastening, “says the report.

Researchers from The Civil Guard came to the conclusion that the accident was the consequence of a slight negligence committed by the driver. Mild recklessness is a general violation of the Highway Code that is not typified in the Penal Code, unlike serious recklessness, which is characterized by “neglect and forgetting the most elementary rules of prudence, in breaking the precautions minimum requirements of any person ”.

Despite everything, Nieto’s family, which is judicially divided into two and with two lawyers, appealed the file of the case at the Hearing, which ordered the reopening of the case. On the one hand, the eldest children of Nieto, Gelete and Pablo, who he had with his first wife, Pepa Aguilar, are present in the case and who are represented by the lawyer Antonio Miana. On the other hand, there are Ángel Nieto’s widow, Belinda Alonso, and their son, Hugo, represented by the lawyer Javier Leiva.

Agony and death of a myth

Nieto, one of the legends of Spanish sports, died eight days after the accident, aged 70. After the coup, which occurred around ten in the morning on the Santa Gertrudis highway, Nieto was transferred to the Nuestra Señora del Rosario Polyclinic. He remained in the ICU of this medical center until his death on August 3 in the afternoon. The mythical motorcyclist’s accident, his agony and death caused a great commotion. Journalists from the main national media traveled to the island to report daily on both the accident and his admission to the hospital, as well as the funeral service in Santa Eulària.

Friends and relatives of Ángel Nieto threw part of the ashes into the sea near es Vedrà. Later, in Madrid, some 80,000 people fired the champion in a tribute with events scheduled by the City Council and the Community, the Higher Sports Council, the International Motorcycle Federation, the multinational sports company Dorna and other institutions.