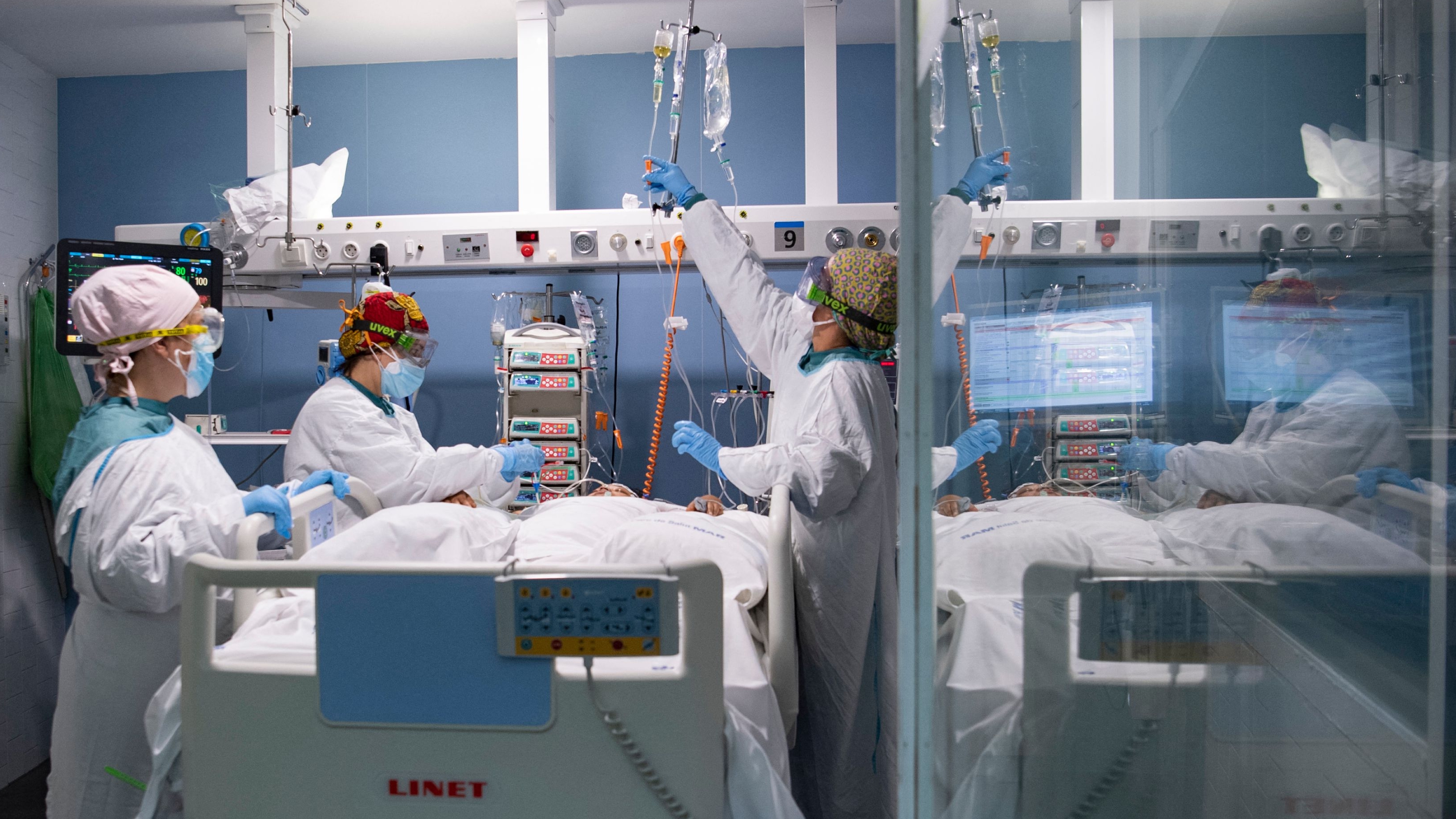 The decline in infections from the fifth wave of the coronavirus, which doubled the cumulative incidence curve on July 28, has already been transferred to Spanish hospitals. For the first time since June, the number of patients drops from one week to the next: this Monday there were 10,411 admitted, 167 less than seven days ago. There are more patients than last Friday (10,015), but on Mondays the figure, corresponding to the weekend, always increases because on Saturdays and Sundays they are less high.

The trend is incipient, but it complies with the cadence that has been observed throughout the pandemic: first cases fall, then hospitalizations and this is followed by admissions to intensive care units and deaths. These last two statistics, however, are still on the rise. This Monday there are 2,031 patients in the ICUs, 175 more than the previous week. They represent 20.8% of all the capacity of these units, including emergency resources, a percentage considered “high risk” at the traffic lights of the Ministry of Health. While, cumulative incidence continues to decline: on Monday it registered 549 cases per 100,000 inhabitants in 14 days, 42 less than seven days before, which suggests that the rest of the statistics will tend to fall in the coming days.

Although there are still no consolidated data on this wave, those seen when Spain is still immersed in it make clear the role of vaccination to alter the virulence of the pathogen. The fatality rate is lower than in others, as well as the number of people requiring hospitalization or intensive care. This fifth wave has grown at a speed never seen before and has reached a cumulative incidence (701 cases per 100,000 inhabitants in 14 days) only surpassed by third (899) since there are measurements (not enough tests were done in the first one). However, the number of hospitalized has never approached the levels that were registered before vaccination: the 10,578 that were reached as a peak on August 2 is almost half that of November 9, 2020, the peak of the second wave (21,051) and slightly less than a third of those of February 1 (32,023), the highest level of the third.

Also Read  Experts do not rule out a third dose, but urge to end the general immunization first: "You can die of success"

Vaccines have also changed the profile of patients. Those under 60 years of age are the majority (60%) in this wave, contrary to what happened in the previous ones, according to provisional data from the Carlos III Health Institute (they need between two or three weeks to settle). These figures suggest that the age group with the highest income is those in their thirties, instead of those over 80, as was the case in previous waves. In people between 30 and 39 years old, the virus has circulated very profusely, they have arrived at the beginning of the summer, mostly without vaccinating. In relation to the rest of those admitted, the next most numerous band in hospitals is that of the sixties, with much fewer infections, but more vulnerable and that at the beginning of the wave had more than half of its members waiting of the second dose of AstraZeneca.

Hospital admissions by decades, seen in a bar graph, were a perfect ladder in the previous waves: as the decade increased, the percentage of patients grew. Adolescents were very rare; the young were somewhat more numerous and thus increased as age increased. In these bands (from 10 to 30 years), income has increased, but being a less vulnerable population, they only account for 16% of the total hospitalized. There is no longer a perfect ascending ladder in hospitalizations, but a seesaw that fluctuates depending on the infections in each group, their vulnerability and vaccines.

At the Gregorio Marañón Hospital in Madrid, they are already noticing the decline of this fifth wave. Sonia García San José, assistant manager of the center, explains that the fall, however, has not yet reached the ICU. “Although we have not had to completely renounce non-urgent surgical activity, as has happened in other waves, we have had to adapt to use beds [no estructurales]. We are attending scheduled appointments, mainly for cancer patients and preferential, “he says.

The profile of his hospital patients in this wave, according to García San José, is that of a population generally younger than in previous waves. In the Marañón, they are especially concerned about women who are pregnant or who have recently given birth and were not immunized, who now constitute one of the vulnerable populations that are requiring hospitalization or even intensive care. “We call on them to get vaccinated as soon as they can,” he says.