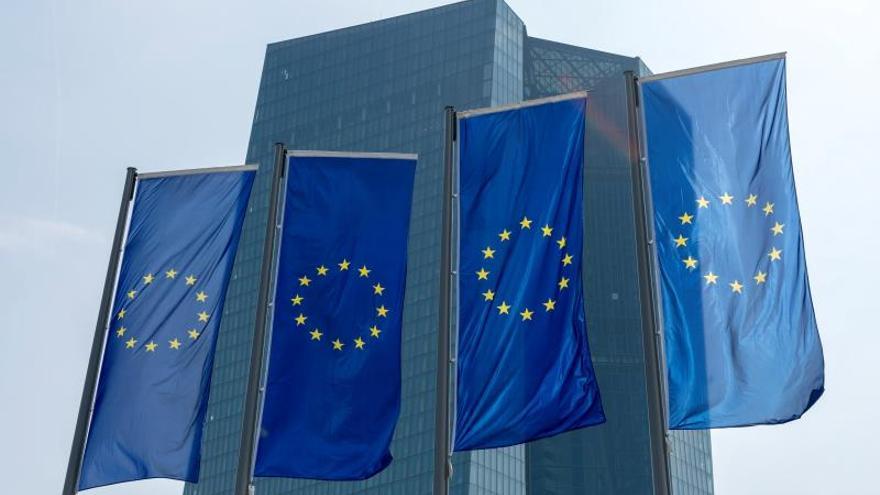 Lot’s wife, after walking a distance away from burning Sodom, let herself be swept away by nostalgia, and turned into a pillar of salt. In the image and likeness, the ECB has departed a bit from what we have become accustomed to thinking of as its powers (price stability, inflation control and ensuring the proper functioning of the payment system) to help protect us from the pandemic . Thus, we have seen it intervene to support a growing range of markets and activities, using instruments that extend well beyond its strict duties. However, now, when asked to face global warming and the preservation of health, with the debt that is in his possession, he has turned around and refuses to see the real consequences of what is happening. There is no doubt about the significance of the EU’s decisions, through the Next Generation (NG) initiative with which, perhaps, it claims too many achievements: to be a world leader in green transformation, not to lose its footing in digital transformation and to address consequences of the pandemic, from coordinating the emergency to healing economic wounds. Three main objectives: health, ecology and digitization, feed back each other.

For many Europeans it will be very hard for the ECB to maintain that the new needs are someone else’s problems since their only thing is monetary policy. It is at critical moments that the authorities are expected to tackle the big issues overcoming the objections of those who insist that the limited mandate of the ECB is what sustains its independence. The economic stagnation produced by the covid has destroyed employment, the most sensitive in a society like Europe. In relation to this, there are no known measures and some figures are estimates made without taking into account the pandemic. Despite the magnitude and intrinsic value of NG projects, the EU has a lot to undertake and we must recognize that even with estimates of leverage with the private sector, the financial resources required will be brutally high. The pandemic will continue to demand a lot and green and digital transformation projects will have to be extended over time.

Against this background, it is disappointing that, like a statue of salt, the economic-political elite, led by the ECB, has dispatched the proposal to cancel this public debt, instead of fitting it into a serene and open reflection on the possibilities that debate can open in harsh times. They seem to ignore the magnitude of the disaster and that the covid episode is not resolved like the previous crises. It seems like a silly expectation to expect the recovery to take place as in previous cycles, when we now face an unprecedented global disaster, and refuses to deepen its profound repercussions on employment. The concern is that the effects of the desired recovery in terms of future employment are being overestimated and the consequences that both the pandemic and the green and digital transformation can cause are underestimated.

If we talk about Spain, the mantras to improve productivity and training are useless in the short term. The lack of clarity about employment possibilities is particularly disturbing given the experience after the 2008 recession, a recovery cycle with particularly high unemployment figures, as always, in young and long-term, with persistent precariousness. The constant reference to the fact that the pandemic would be a parenthesis and that everything will look like it used to, does not seem very attractive to win the future in terms of employment. Two examples serve: one, the statements of the Minister of Economy to edge the debate on the debt and the ECB, stating that it is necessary to focus on economic growth and employment, and then make imprecise forecasts, speaking of the number of jobs , without knowing if it deducts those already destroyed, which will increase when the extension of the ERTE ends. The second is reflected in the recovery forecasts, according to which the Spanish economy in 2021 will grow more than the European average, 5.6% (which leaves us at -5% in the 20-21 biennium, since in 2020 we fell by -11%) to then leave those figures up in the air by making them depend, prudently, on vaccination and the recovery of tourism.

The fact that after the recession and before the pandemic, States did not take advantage of the context of historically low interest rates to invest, exacerbated the collapse of public investment. To get out of this gridlock, it makes perfect sense to exchange debt cancellation with an obligation to invest, because massive investments are vital for employment. We know where the needs are most acute: health, education in digitization and ecological transition. Without all this, the inflation target close to 2%, the heart of the ECB’s mandate, and which it has not met for more than five years, will continue to be in jeopardy.

Certainly, the proposal for more economic resources from the ECB is called into question when circumstances show the management deficiencies of the Member States, to which are added the legal, political, competence and social perception problems that would be caused especially in the countries most prosperous in the Union. But this is not an obstacle for us to begin to assume that we have entered an economic dynamic where recession / growth cycles do not seem to be a sufficient theoretical framework to define future prospects. The cumulative effects of the pandemic, green and digital transformation, configure a scenario with many unknowns, before which the US and China are going to be much more agile than the EU in responding to unforeseen situations.

The pandemic, climate change and digital quietism have affected the foundations of our globalization model and to speak of recovering growth without taking this into account is mental laziness. Talking about employment without considering the effects in terms of reduction of global available work and its precariousness derived from the advance of digitization, driven by companies without sufficient balances of public powers, is equivalent to looking at the imminent future with glasses of the past .

Both the anthropocentrism that we have practiced and the technology that we have developed places us on uncharted ground, but not moving forward, much less going back, is no longer an option, hence the biblical reference to Lot’s wife.