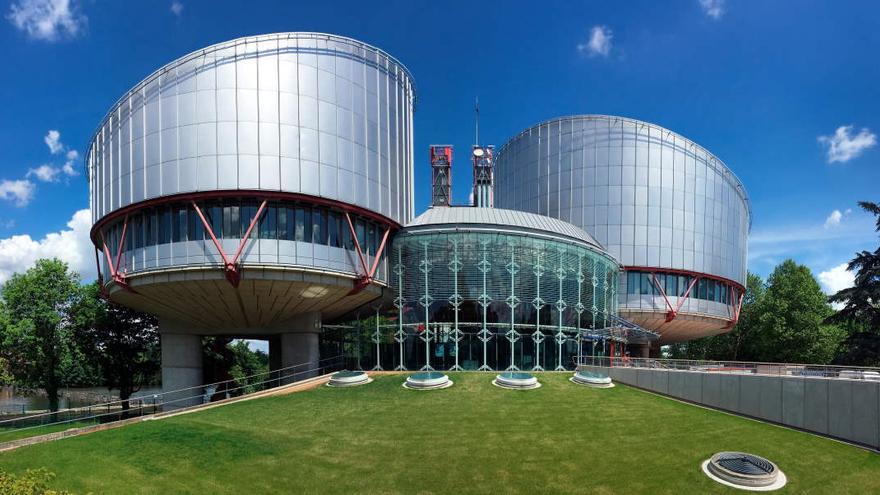 The European Court of Human Rights (ECHR) has sentenced Spain this Tuesday to pay a total of 32,240 euros to two people who were convicted of criticizing a judge in a letter published in the ‘Diario de Teruel’ in 2010, within the framework of a judicial process that affected them, consider that they were victims of “disproportionate interference” in their right to freedom of expression.

The ECHR has determined that Spain has violated Article 10 of the European Convention on Human Rights because the sentence they received – to pay a fine of 2,400 euros each with an alternative prison sentence, moral damages to the judge for 3,000 euros and publish the ruling in the same medium, at a cost of 2,758.80 euros–, “It was a disproportionate interference with their right to freedom of expression and therefore not ‘necessary in a democratic society.’

Consequently, the magistrates have condemned – by five votes in favor and two against – Spain to pay each claimant 16,120 euros –6,779 for pecuniary damages, 6,000 for non-pecuniary damages and 3,341 for costs and expenses.

The events date back to 2007, when the Aguilar de Alfambra Town Hall (Teruel) declared void the procedure initiated by the mining company WBB to obtain an administrative license to carry out classified activities, considering that the environmental impact of the project should be analyzed in greater depth.

The company initiated a contentious-administrative process before a court in Teruel, which ruled in favor of WBB based on the report of an independent expert appointed by the court itself. The judge also drew attention to the fact that the technician who had prepared the report that allowed the annulment of the procedure was a family of one of the now plaintiffs before the ECHR and a member of the environmental NGO Aguilar Natural Citizen Platform.

The City Council challenged the ruling and, while the appeal was being resolved – which was finally rejected – the two plaintiffs published on March 11, 2010 a letter in the ‘Diario de Teruel’ in which they accused the judge of “partiality”, “lack of competition” and doing a “sad job”. “As a judge, madam, she represents the power of the State (…). She has the authority but she does not represent Justice,” they wrote.

By this letter, its two authors were convicted in a process initiated by the Prosecutor’s Office for a crime of serious insults with publicity, a sentence that was confirmed by the Provincial Court. They then went to the Constitutional Court which, despite the intervention of the Public ministry In favor of the condemned, he rejected their appeal for protection, arguing that they had exceeded the limits of freedom of expression.

Now, the ECHR has corrected the Spanish authorities by understanding that “the accusations made by the plaintiffs in their letter were critical that a judge could expect to receive in the performance of his duties, they were not totally devoid of factual basis and, therefore, should not be construed as a gratuitous personal attack, but as a fair comment on a matter of public importance. ”

In addition, it has indicated that, although it may be necessary to protect judges from serious unfounded attacks, especially considering that in many countries they do not have the right of reply, “this cannot have the effect of prohibiting individuals from expressing their opinions through value judgment with a sufficient factual basis on matters of public interest related to the functioning of the judicial system or ban any criticism“.

For all these reasons, it has considered that “it does not appear that the statements in question have exceeded the limit of what is permissible”, underlining that the judge, as “part of a fundamental institution of the State, was subject to wider limits of acceptable criticism than ordinary citizens. ”

The European court has also disfigured the sanctions imposed on those convicted. In this sense, he has reproached that “They were not the smallest possible”, since there was a jail sentence if they did not pay the fine, while he has stressed that, even if they had been, in any case they constitute a criminal sanction that “inevitably has a dissuasive effect” in the exercise of freedom of expression.

However, the judges María Elósegui and Georgios A. Serghides they have cast a dissenting vote in which they defend that the Spanish authorities carried out an adequate weighing of the two conflicting rights.

“The Court must respect the margin of appreciation of the states”, they have argued, arguing that while criminal law should be the last resort, “that does not mean that it should not be used to limit defamation, insults, gratuitous attacks and racial speeches.”

They have also distanced themselves from the majority opinion regarding the proportionality of the sanctions, since in their opinion they were “moderate” if one takes into account “the seriousness of the plaintiffs’ accusations, the damage caused to the reputation of the judge “and that the fine was 2,400 euros compared to the maximum limit of 3,360.