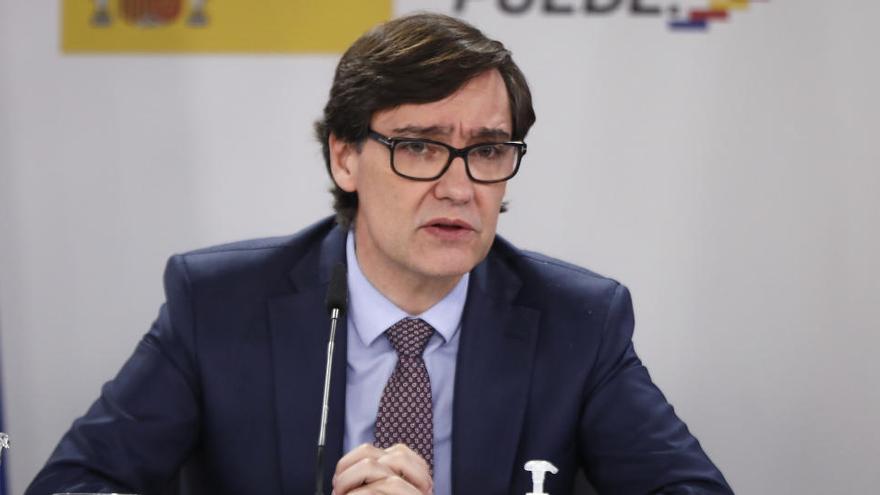 Astonishment, with a direct effect on collective morality, to the extent that the foundations of the democratic system are stripped and disaffection, insecurity and rebellion against opacity appear.

What Mario Vargas Llosa calls the eclipse of morality: «There is scandal when there is a moral system violated by the scandalous act, that is what revolts all or part of society».

In the midst of the apotheosis of the 2.0 pandemic, a society that ‘carries fury in its blood’, as Churchill expressed himself, requires that the threats that have been considered in this new crisis be exposed, in a reasoned and intelligible way.

The Government has brought forward in Congress -194 votes in favor, 53 against and 99 critical abstentions- the extension of the third state of alarm, decreed since the pandemic broke out.

Support for the extension – until next May 9 – to which all regions, except Galicia, Extremadura, the Canary Islands and the Balearic Islands, have accepted, contemplates that it is the autonomous governments that, under the umbrella of this instrument of constitutional exception , decide the restrictive measures that they consider appropriate – including those that limit fundamental rights – to stop the advance of the coronavirus and put a stop to the exponential increase in infections.

The questions arise immediately: does the duration of half a year respond to some political need or simply obey a scientific logic? Why has the Government neglected, by leaving the command and authority of the application of the state of alarm in the hands of the CCAA, perhaps to satisfy the nationalisms that support him?

In times when obedience prevails over ability, opportunism over talent and health and the economy are at stake, in short, survival prevails over any other consideration, the protection of health, the maintenance of employment and the social cohesion, as well as preventing society from becoming further polarized.

The “delirium” has settled in the spirit of a society that attends a fantastic and unprecedented ceremony and observes – with amazement – what happens (AVE stations without passengers, airports without airplanes, radio stations without traffic, crowded hospitals).

Now, it is about tackling the crisis by appealing to the helpful co-governance of seventeen regions, seventeen health systems, seventeen protocols against the virus, seventeen governments. Without realizing that going from a single command to 17 commands is still an invitation to chaos.

The transfer of powers to the autonomies to assume a non-delegable function and, incidentally, bear the damages, has led one region after another hastened to announce the provisional closure of imaginary borders that only exist on maps.

It produces astonishment and rage that the call to face with enough explanations about the substantive scope of the state of alarm does not appear, as it was obliged to do, serious measures that affect almost 40 million people.

In short, the chief executive who is obliged to star in the nuisance, It has shown folly, by delegating to its Minister of Health the request for exceptional powers to the legislative power to, in the next line, leave the chamber without addressing the arguments of the rest of the parliamentary groups.

The rebellious background of a good part of the Spanish people, without a tradition of submission and obedience to the law, has led them to be refractory to legality. To this has been added the cowardice, something proverbially strange but that has been taking over the Spanish soul, although now it has to do with not defending convictions, not facing adversity or not making decisions.

Turning to the eternal Spanish conflict, Miguel Delibes wrote: «Like all conflicts, it is a conflict of partial truths – those of the parties -, such an inextricable skein that it is utopian to try to find the man who is capable of giving us an insight. total and satisfactory objective truth. ‘

Hence, the need to have leaders of whom we do not have enough, equipped with moral strength and intellectual capital, capable of giving comfort to a discouraged society. For many citizens, together with the virus, the main problem is the lack of income, which forces them to throw away savings, restrict expenses, when not to suffer a shortage.

The head of the government of the European country that has been most affected by the pandemic, in order to avoid the wear and tear that the looming systemic crisis may entail, cannot allow the avoidance of responsibilities and burdens that concern him.

The central government cannot abdicate its responsibility in a public health crisis. As Felipe González has warned, from his long experience, the powers of the state of alarm are not delegable in the autonomous communities, nor can constitutional rights and freedoms be limited, through an ordinary law, as the majority opposition claims, since only they can be limited by the alarm state.

To the sing-song of propaganda and salvific hollowness of the public discourse, is added the stupidity of the opposition, the silence of the establishment, who relies on maintaining his privileged position and anonymity on the Internet that he reigns supreme without scruples. So we are faced with the eclipse of morality.

With the political system overwhelmed by the pandemic, as protests spread over the imposition of new restrictions and the curfew, after the eclipse the flame of violence appears.