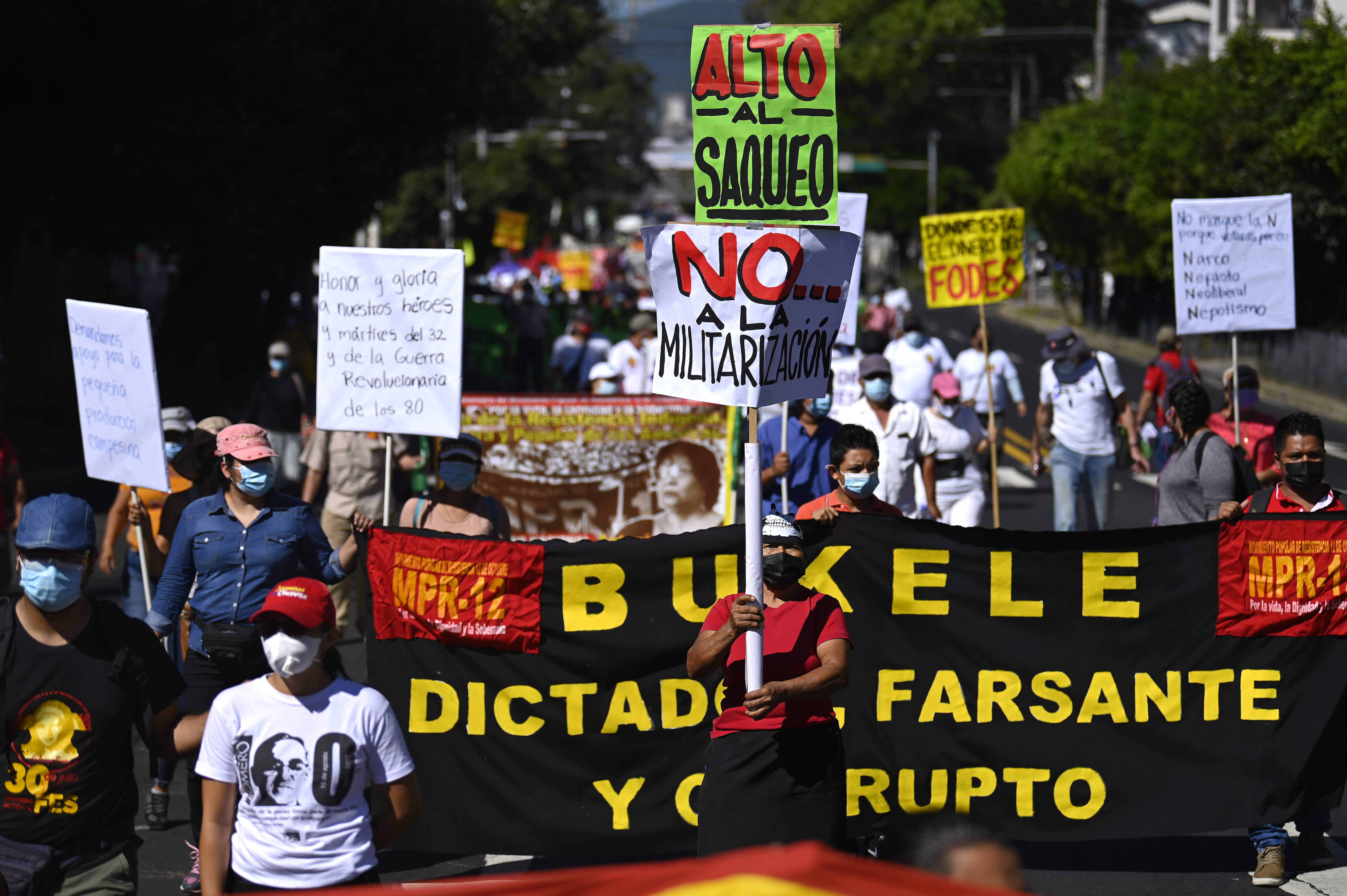 Less than a month after the holding of legislative elections in El Salvador, the tension rose one more notch in the last 72 hours and left the lane of dialectics to enter that of blood. The shooting death on Sunday of two militants of the opposition Farabundo Martí National Liberation Front (FMLN), has given rise to a wave of reproaches and accusations in the absence of a public condemnation by the president, Nayib Bukele, of one of the worst political attacks for almost three decades.

Last weekend, two FMLN sympathizers died and another five were injured during an electoral event in the capital of El Salvador after a person shot at members of the leftist formation. So far, no group has claimed responsibility for the shooting, which occurred within the framework of a tense campaign for the upcoming legislative and local elections in the Central American country.

According to different versions, a man fired at a truck transporting activists in the center of the Salvadoran capital. From the outset, FMLN deputy Nidia Díaz blamed this on the “hatred” fostered by President Bukele, who days before had criticized the 1992 peace accords between the Army and the FMLN that ended 12 years of civil war which ended with tens of thousands of deaths. Bukele, for his part, accused the main opposition party on Twitter of politicizing the shooting and announced that there were three detainees, including the alleged attacker. According to Bukele, it was “apparently” a private security agent from the Ministry of Health who was also shot. The other two detainees are also part of the private security of the Ministry of Health officials.

The leadership of the FMLN, the party that governed the country in the period prior to Bukele’s arrival, denounced that something “so dramatic” had not been seen in the last 29 years, since the peace accords, said the FMLN secretary general , Óscar Ortiz. The FMLN leader called Bukele a “mad messianic” and a “maniac” and pointed out that if there were an episode like Sunday’s again, there could be a more direct reaction. “It’s like I’m standing here and suddenly someone comes along. I don’t know if I’m going to wait for them to threaten me three times ”. It was the second time in two days that Ortiz agitated the argument of violence in response.

In 25 days, on Sunday, February 28, almost five and a half million Salvadorans will vote in an election that, according to polls, New Ideas (NI), Bukele’s party, will win by a landslide. If the polls are confirmed, that will allow him to take full control of the Chamber, until now one of the few forces capable of putting a brake on it.

Bukele called the 1992 Peace Accords a “farce”, which ended the country’s bloody civil war since December. “One of the greatest achievements of these agreements has been the virtual elimination of political violence in El Salvador during the last two decades,” said Tim Muth in El Salvador Perspectives. “El Salvador now faces the danger that the abusive language of attack used by the president and his allies on social media may be inciting a type of violence that many prayed would not be seen again.” The former ambassador of El Salvador to the United States, René León, compared Bukele’s messages with those of Trump, inciting supporters to storm the Capitol, and criticized the Secretary General of the Organization of American States (OAS), Luis Almagro, to who called Bukele’s “accomplice” for not commenting on the deaths. “The electoral campaign cannot become a bloodbath,” Attorney General Raúl Melara said on Twitter.

The investigation of the attack is also being unclear. Bukele anticipated any other authority and revealed that according to the police, an FMLN militant said that there was a video captured by the security camera of a private business, but at the moment there is no information on the crime scene, on the guy of shells that they found, nor the type of wound that the alleged injured party has on the side of the attackers.

In recent days, some names in the political life of El Salvador have strongly positioned themselves against the polarization process that the country is experiencing.

To the political violence is added the habitual violence in El Salvador. The organization Doctors Without Borders (MSF) temporarily suspended its operations in the country after one of its teams was attacked by an armed gang over the weekend. “All of our medical activities are suspended for the time being, but not canceled, until we can investigate this and it is clear that we can safely carry out our interventions,” the organization said in a statement.

Last Sunday an ambulance of the organization was traveling through Ilopango, eastern part of the country, when alleged gang members attacked the vehicle. Members of the MSF team suffered minor injuries and bruises, but no one was seriously injured, the NGO said. It was not clear what caused the attack, which was condemned by the Government of El Salvador. Ilopango is considered one of the most dangerous areas of El Salvador, which in recent years has experienced a reduction in violence after being one of the most violent countries in the world due to the presence of gangs in large areas of the country.