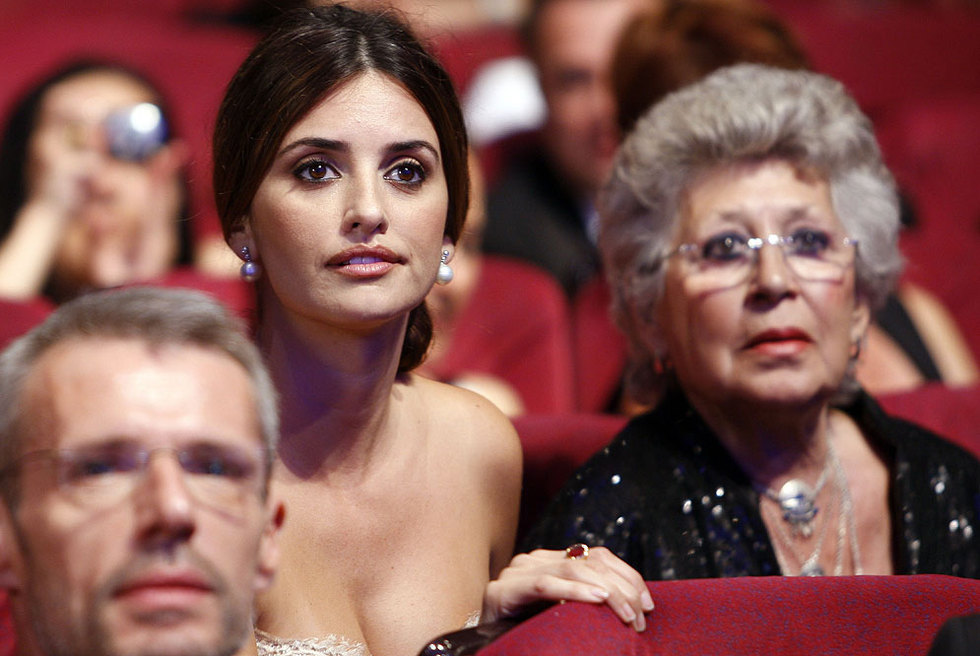 Penelope Cruz is usually very reserved when it comes to her private life. The actress, winner of the Oscar for Vicky Cristina BarcelonaShe never talks – not in the media or on her social networks – about her family: her husband, Javier Bardem, and her two children, Leo and Luna. However, this weekend he has made an exception as regards his family to say goodbye to his mother-in-law, actress Pilar Bardem, who passed away on Saturday afternoon at the age of 82.

Although many of his colleagues in the profession were publishing different tributes during the same Saturday and throughout the following day, Cruz waited for something more, until Sunday night, to reflect and write some emotional words to the interpreter and mother of her husband. A nice plea that was accompanied by a photo of the two together in a moment of the film Aspen meat, by Pedro Almodóvar and released in October 1997, where both appeared together in the scene where Cruz gave birth and Bardem helped her with the delivery.

“Dear Pilar!”, Starts Cruz. “I look at this photo and wonder what our reaction would have been if someone had told us at the time that fate had wonderful plans to unite us beyond the cinema. That that birth with Pedro was also a trial of life itself. Or maybe we both already knew it there? ”, The actress asks, referring to the births of her two children, Pilar Bardem’s grandchildren. “You were always so good to me! You can’t dream of a better mother-in-law. Thank you for all the love you have given us, your children, your grandchildren, all your family and friends. You have given me a lot, “he says.

Also Read  Garzón: "The sport will have a cleaner tone without betting ads"

In addition, Penelope Cruz also recognizes the social facet of the interpreter, who was very active in many causes: “Thank you for always putting yourself on the side of those who need it most. For raising your voice in the face of injustice. For leaving your skin fighting to improve the living conditions of the most needy members of our sector, without ever expecting anything in return. It cannot be forgotten that in our profession many things have improved thanks to your great effort over the years, without giving up at any time. You are admirable, “he says. And he ends with a huge thank you: “Thank you for sharing your wisdom with me all these years. And your humor! I love you a lot. I will always carry you in my heart. Thank you, Pilar ”.

Bardem and Cruz worked together on Almodóvar’s film, but they had already coincided a couple of years before in the filming of Between red, the directorial debut Azucena Rodríguez, in which Cruz was the main character. The two became a family in July 2010, when Pilar’s son Javier and Penelope Cruz got married in the Bahamas. Their first child would arrive just six months later, in January 2011, and the second in July 2013. Since the couple started their relationship, they began to see Pilar Bardem with some assiduity; in fact, in May 2010 the two women shared stalls at the Cannes festival, where Javier Bardem dedicated the award for best male performance to both of them for Biutiful. Both to his mother and to his partner, whom he addressed for the first time in public: “I share this joy with my friend, with my partner, with my love, Penelope.”

Javier Bardem also wanted to pay one last public tribute to his mother, breaking with the secrecy with which he usually shields his personal life. The actor has posed on your Instagram profile with his two brothers, Carlos and Mónica, surrounded by photographs, letters and drawings of his mother and family, as well as candles and plants. “We fired my mother as she and we wanted. With a heart full of love. With tenderness and a smile on his mouth ”, affirmed the Oscar winner. “And with the soul overflowing with gratitude for the thousands and thousands of messages of affection, respect and admiration for Pilar Bardem. For our mother. Friends, colleagues, and strangers who have taken the time to write and wrap us with their love. Let’s remember her alive, happy and fighting. Thank you for this wave of love. Carlos, Mónica and Javier ”.