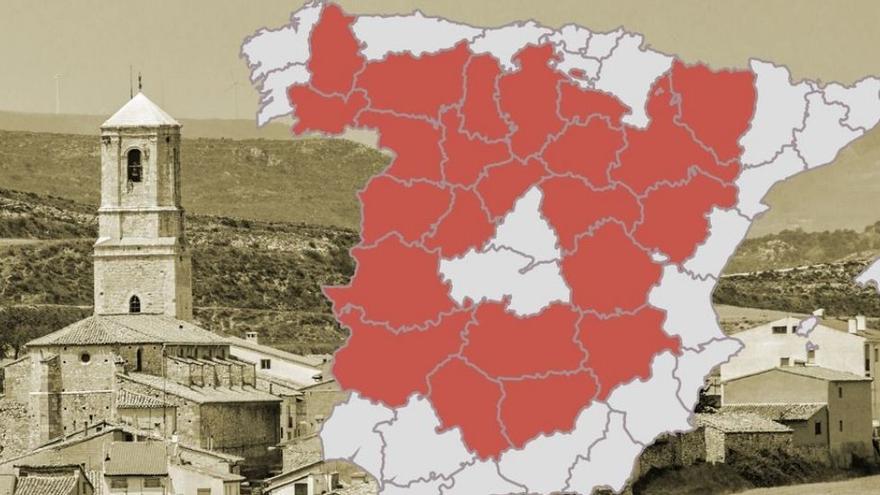 “It’s not that we don’t have an ideology. We have a very concrete“sentence Tomás Guitarte on the platform of the ‘Empty Spain’. The deputy from Teruel Existe, who served as an outpost in Congress for 80 associations from more than twenty provinces, is clear that his ideology is the fight against depopulation and territorial rebalancing. The problem arises when it comes to positioning itself before the most controversial laws that usually divide the Lower House into two solid blocks. The objective of the ‘Empty Spain’ will be to intervene between both sides, to seek consensus. Guitarte already tries. And if not achieved, abstain as “protest gesture“.

At the end of January, Empty Spain wants to have its “tool” ready to stand in the regional and national elections. What unites them is clear: saving their territories. However, the great diversity of associations that compose it makes it difficult to establish a clear ideological position in the traditional left-right axis. Once in the institutions, they must take sides in each of the initiatives presented by the rest of the formations.

Guitarte has been facing this situation since the end of 2019, when he won a seat in Congress. However, the leader of Teruel Existe downplays the importance of these moments. “They are not as many as they seem,” he assures in conversation with EL PERIÓDICO, a newspaper that belongs to this same group, Prensa Ibérica. Even so, he explains that his current objective and that of the ‘Empty Spain’ is to run as “intermediaries“between the left and the right.”We want to be an active part in the search for consensus“, he emphasizes. In this way, if a majority of the Cortes of both axes supports a law, the ‘Empty Spain’ would join the ‘yes’. Otherwise, they will opt for abstention.

Antonio Saz, coordinator of the ‘Empty Spain’ tool, insists that the objective is to achieve “consensus positions in the medium and long term“In this sense, it focuses on current parliamentary dynamics:” A government passes a law. Then another comes, the grave and makes another. “Saz, also from Teruel, gives as an example the laws of education in Spain -8 in 40 years of Democracy-.

In the vote on the latest educational regulation, the so-called ‘Celaá law’, Guitarte was already in Congress. He abstained. As he explains, he himself contributed to the articles of the law and worked with the Ministry of Education to include references to the situation of the depopulated territories and made an “effort to reach a consensus on an integrating law.” However, although the rule had the support of 177 deputies (absolute majority) and was approved, there were 148 ‘noes’. That lack of agreement dragged him to abstention.

Before the ‘Empty Spain’ reaches the Cortes – or the regional parliaments – there is still time. At least several months. And in that period they will have another difficulty ahead: specify an electoral program that is in accordance with the spirit of the 80 associations. Guitarte ensures that this process will not be as complex as it seems. “Almost all the problems that we evidence are due to a common root, which is the development model that the country has been following in recent decades,” he says.

The solution has already been embodied in a document of 101 measures, the ‘Emptied Spain Development Model’. “There are few proposals as ideological as this“, defends the Teruel deputy after explaining that this project” is not only not local “but is” the only one “that raises a total change in the current development model that prioritizes the growth of one territories to the detriment of others.

Guitarte uses article 138 of the Constitution that speaks about the “establishment of an economic, adequate and fair balance between the various parts of the Spanish territory” as the basis of all his proposals. And he predicts that in Congress “there would be no arguments” against the measures they are proposing. There would be no collisions between blocks, no angry screams. That, adventure, does not like much in the current dynamics. “They look for problems that are festering to live from this festering“, sentence.