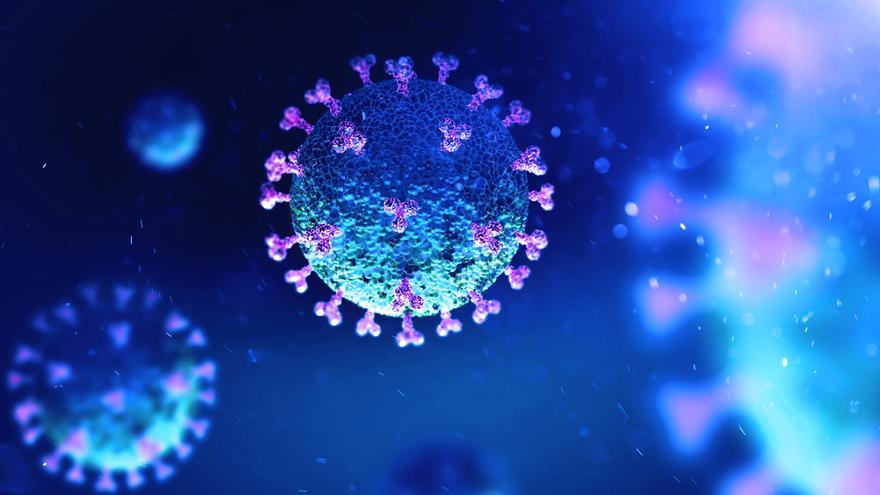 The scientific community agrees that SARS-CoV-2, the coronavirus that causes the disease known as Covid-19, it will become an endemic respiratory virus, as it already is, for example, the seasonal flu.

“We will probably see an evolution of the virus. The virus will adapt”, said Beatriz Mothe, infectious disease service specialist at the Germans Trias i Pujol Hospital in Badalona (Barcelona), according to the Sinc platform.

The reasons that the coronavirus continues to exist are explained, in the opinion of the experts, because vaccination will not completely eliminate SARS-CoV-2 and probably the virus will evolve to continue infecting in a milder way, although “without killing the host”.

On the one hand, vaccines prevent the most serious forms of Covid-19, but have not yet shown that they are capable of nipping the transmission of the virus in the bud, nor how long the immunity caused by the vaccine will last. In this way, scientists have recalled that throughout history vaccination programs have only managed to completely end two diseases: smallpox and rinderpest, which did not affect humans, but caused a major food shortage.

At the same time, they have explained that lViruses need a host like humans to replicate and surviveTherefore, its evolutionary logic is not to kill the host, but to continue infecting in order to reproduce in it. “This virus has come to stay, we are going to continue living with it,” said the virologist of the National Center for Biotechnology of the Higher Council for Scientific Research (CNB-CSIC), Sonia Zúñiga.

Some of the factors that will influence the conversion of the new coronavirus into an old acquaintance are its speed of spread and the rate of vaccination. In fact, an article published in the journal ‘Nature’ added other arguments that support the thesis that the coronavirus will not disappear from lives.

In this regard, the experts also consider thatSome of the factors that can reinforce the circulation of SARS-CoV-2 on the planet are the reluctance of some people to get vaccinated and a possible change in the behavior of those already vaccinated as they feel safer. For this reason, they have highlighted the importance of continuing to maintain protective measures after being vaccinated: mask, hygiene, ventilation and limitation of social interactions.

The acute phase will not end until 2024

In addition, experts have pointed out that the end of the acute phase of the pandemic will come with the generalization of vaccination, which must be extended to the whole world. And, there are studies that calculate that this will not happen until 2024 due to the uneven distribution of doses, according to the Center for Innovation in Global Health at Duke University (United States).

Thereafter, according to the hypothesis of a projection published in early 2021 in the journal ‘Science’, the virus would circulate less and cause less severe symptoms. The authors of this study liken SARS-CoV-2 to four other coronaviruses, their ‘first cousins’, that cause the common cold; and they differentiate it from its predecessors SARS-CoV and MERS-CoV, which emerged in 2002 and 2012.

The post-pandemic phase will be influenced by factors such as reinfection, seasonality and competition with other viruses to impose on them, according to another work published at the end of 2020, also in ‘Science’.

On the other hand, scientists have warned that the appearance of New variants of SARS-CoV-2 may “complicate the picture”. Although it mutates less than other viruses, such as influenza or HIV, new more contagious but not deadlier variants have already emerged, whose mutations are concentrated in the protein S of its crown to better latch onto cells humans and continue to infect.

“In a certain sense, we are giving the virus opportunities to acquire new mutations and evolutionary advantages, such as new variants that are better transmitted and are capable of evading the immune response,” said the researcher at the National Center for Microbiology of the Institute of Health. Carlos III (CNM-ISCIII), Francisco Díez.

For instance, the D614G mutation appeared in January 2020 and within half a year it became the dominant variant worldwide, replacing the original virus that was detected in China, according to the World Health Organization (WHO). This new version of the virus was more infectious and transmittable than the old one. Now all current variants come from this one.

One of them, and according to the WHO, is VOC-202012/01, which adds the N501Y mutation, identified for the first time in the south-east of England, which, in less than two weeks, had already spread throughout the United Kingdom.

Or in South Africa, where the viral variant 501Y.V2, which includes other additional mutations in the crown protein S, such as E484K and K417N, has been associated with a higher viral load, which would translate into a transmission capacity much older.

“These are the weapons that the virus has to survive: modify its genome“, has argued Díez, who has studied the genetic diversity of the new coronavirus in Spain since the beginning of the pandemic. If the virus continues in this line, Zúñiga emphasizes, it is very difficult to eliminate, as happens with the influenza virus. “For this reason, we hope that he lives with us and the serious cases that he causes are less and less”, he has settled.